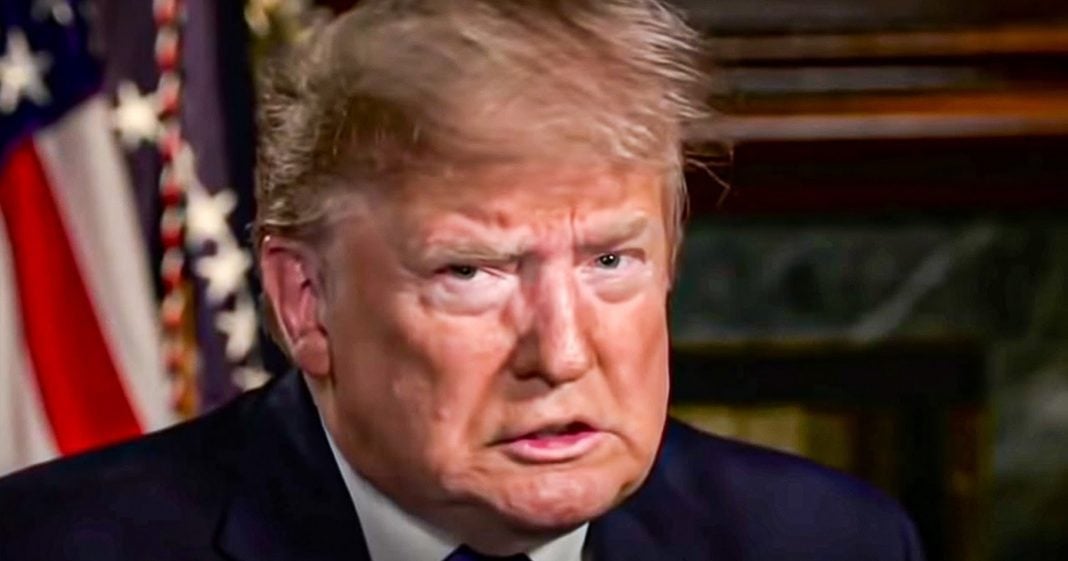 Donald Trump is now referring to the pandemic sweeping across the globe as the “Chinese Virus,” even though officials have urged people NOT to do this. Fox News is also doing this, and that is likely where Trump got the idea. This is pure racism and the President is using it as a crutch to blame the Chinese so he doesn’t have to take responsibility for his pathetic actions. Ring of Fire’s Farron Cousins discusses this.

Donald Trump is trying a new tactic to try to convince the public that he is doing everything he can to fight the pandemic and this new tactic involves just being a plain, outright racist. In a bunch of different tweets over the last 48 hours, the president has referred to the coronavirus as the Chinese virus. Even though professionals have warned us against using that language to describe the pandemic. They have specifically told us, do not call it the Chinese virus, and yet here the president of the United States in multiple different tweets has referred to it as exactly that. Here’s just a handful. Earlier this morning he tweeted out, I will be having a news conference today to discuss very important news from the FDA concerning the Chinese virus. Another one yesterday said, Cuomo wants all states to be treated the same, but all states aren’t the same. Some are being hit hard by the Chinese virus. Some are being hit practically, not at all.

So why is he, why is he doing this? Right? He knows that it’s called the coronavirus. He has called it the coronavirus for many, many weeks and then suddenly the shift. Suddenly he says, you know what? I’m going to start calling it the Chinese virus. There’s a reason, there’s a method to the madness and it’s because he understands that the public is unhappy with his handling of the crisis. They do not have faith in him. They do not trust him and this is just another way to shift the blame and it’s also, you know, throwing a bone to his highly racist base. But it’s mostly to shift the blame. See, it’s not his fault that things are so horrible here in the United States because this virus has gotten out of control because it’s the Chinese virus. The Chinese did this to us, he wants us to think, and Fox news also wants us to think that.

See Fox news has been calling it Chinese virus for quite some time now and as we know, Donald Trump spends most of his day watching Fox news and this is likely where he picked up this disgusting little racist habit. But make no mistakes folks, this is not a Chinese virus, okay? Coronavirus has been around for quite some time. This is, this is not something that just randomly mutated just now. Coronavirus has been around, of course, obviously it’s never been this widespread. It’s never officially been a pandemic as it is now, but it has been there and it is not the Chinese people’s fault that the United States is going through this right now. That is not why this disease came over here to the United States. This disease was allowed to come over here and to spread because Donald Trump is a corrupt and inept leader. He disbanded the pandemic team two years ago, back in 2017 when they first came to the White House, Obama and his team actually ran through different pandemic scenarios with the Trump administration so that they would be prepared.

They didn’t listen. They didn’t think they had to. They thought they were smarter than the man who just spent eight years being president of the United States. So yeah, this is Trump’s fault and it doesn’t matter what he calls this, it’s not going to shift the blame away from him and in the meantime, he’s going to hit us with a daily dose of racism to make us think that somehow Asian people are responsible for this. That is not the case. That is not the truth. Donald Trump is falling back on what he always falls back on when he hits hard times, and that is full-blown overt racism.