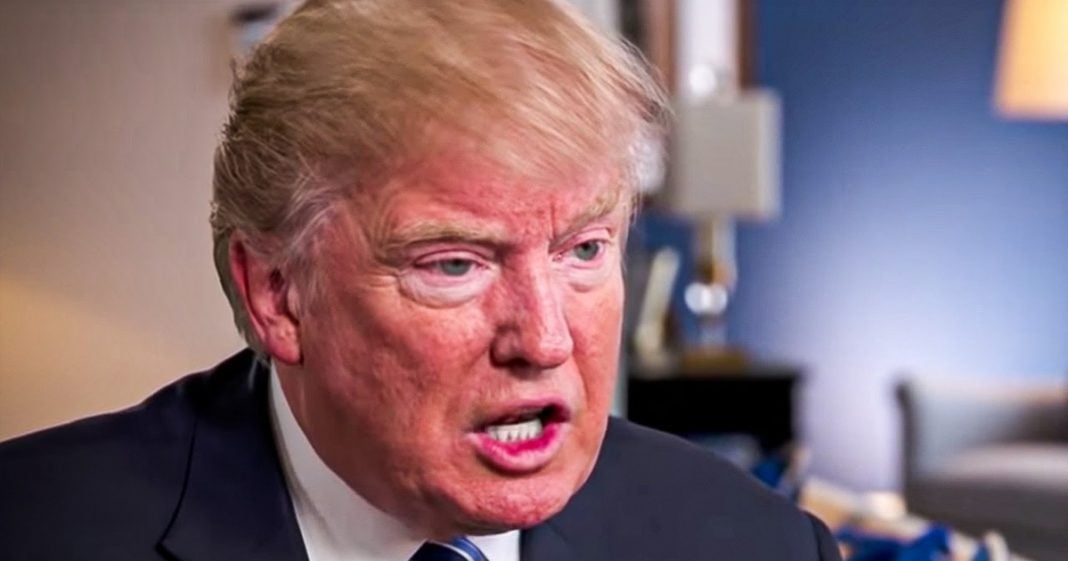 Republicans urged Democrats to water down their already-meager paid sick leave benefits in a Coronavirus aid package after Trump convinced Republicans to strip it away. Trump said that he wanted to give Americans paid sick leave, but so far that has not happened, and both parties seem more than willing to deny American citizens this privilege. Ring of Fire’s Farron Cousins discusses this.

This morning I came across a headline on Huffington Post that absolutely just about made my blood boil. Here’s the headline. It was, Republicans, White House Gut Paid Sick Leave In Coronavirus Bill. And I read the headline and, you know, as the page is loading, I’m thinking, my God, how could they do this? You know, you had Trump out there just a couple of days ago saying, he supports this paid sick leave. He wants people to have the time off. And this article right here in the headline as I’m waiting for it to load, is telling me that Republicans and Trump got together and stripped this. Unfortunately folks, that’s not exactly what happened. Yeah, Trump and the Republicans wanted the paid sick leave part stripped out of that bill. But the very first sentence of that article from Huffington post is as follows, under pressure from the White House and business groups, House Democrats agreed to further water down paid sick and family leave provisions in the coronavirus emergency bill currently awaiting a Senate vote.

Democrats agreed, okay. They said, okay, we’re going to do what you want us to do. We want to make sure this passes, so we’re going to help you water down this legislation. So now folks, here’s what it covers, and again, this is still awaiting a vote in the Senate. But instead of getting that 14 days of paid sick leave, as long as you were working for an employer that didn’t have more than 500 employees, yeah, that’s out the window. And now it’s so much worse because now you can get 10 days of guaranteed paid sick leave if of course you work for an employer with fewer than 500,000 or 500 people. But you only get those 10 days of paid sick leave if it’s because you have children and their schools have been closed and you have to stay home with them, and you only get 10 days of it.

But of course, this legislation also says your employer could actually file an emergency injunction and strip you of that paid sick leave anyway. So the new policy is basically nothing. Your employer, your employer as if they are some kind of dictator, can now override your paid sick leave that is “guaranteed to you” by this legislation. And Huffington Post in their headline wanted you to think that it was just Trump and the Republicans who did this. When it’s very clear, the Democrats agreed to it. And I know we’re in a time of crisis, right? And we’ve got to get things passed quickly and sometimes that involves a compromise. No, shut the hell up with that people, shut the hell up. I am sick and tired of hearing that argument. I’ve been hearing it every day since I’ve been in this industry, which is coming up on 16 years now.

They met behind closed doors and they came up with this watered down, horrible agreement that is not going to help a single human being in this country. And I have to read this quote too. This is also from the article. It could have been worse, said a senior Democratic aide familiar with the negotiation. It could have been worse. I can’t tell you how sick I am of hearing that and I also can’t tell you how sick I am of seeing nonsensical click baity headlines out there trying to blame everything on the Republicans when once you start reading the actual article, you’ll find out that the Democratic party is just as incompetent and corrupt as the Republicans.