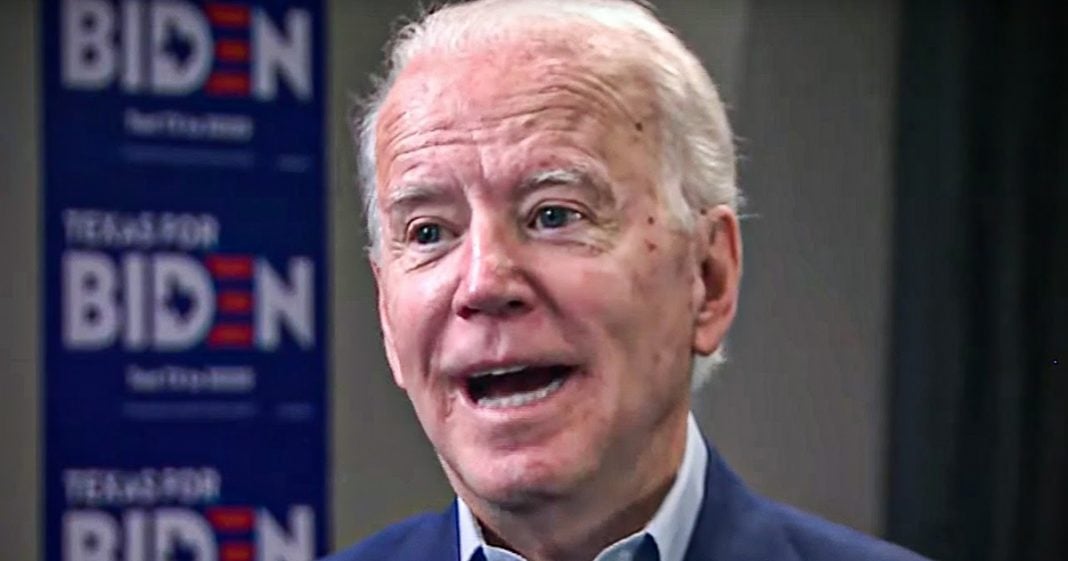 Joe Biden swept the three primary races that happened on Tuesday, and now that he’s sitting with a comfortable delegate lead, a major lead in the polls, and a lead of more than 2 million in the popular vote, there is little chance that Bernie Sanders can turn this thing around. So what happens how? Ring of Fire’s Farron Cousins attempts to answer that question.

So three States held primaries yesterday. They did not decide to cancel them in wake of the pandemic as they should have. Many polling places, at least I know down here in the state of Florida, didn’t even have any poll workers show up. They were terrified of catching the disease, so they just didn’t show up. They didn’t alert people, nobody knew what was happening. Long lines in other States, forcing people to huddle together at a time when you’re not supposed to be in a group larger than 10, but the Democrats said, nah we’re cool. Let’s go ahead and keep running these primaries. Who cares if people get sick? And Joe Biden won. Joe Biden swept all three of the contests yesterday and at this point, Joe Biden now leads the popular vote by more than 2 million votes. He has a very comfortable delegate lead and he is essentially the Democratic nominee at this point.

And I know some people don’t want to hear that. Some people want to think, no, I’m not giving up. Bernie still has a chance and I admire that, but unfortunately, let’s, let’s bring it to reality folks. I don’t like to do this. I don’t want to do this, but I’m going to do this. Bernie Sanders at this point does not have a path forward. Yes, I know all of the delegates have not been awarded. I understand that. I get it, I know it. But look at the polling in the remaining states. Look at what the voters think. Look at the exit polling from yesterday and from the week before. Bernie’s campaign is on its last leg and anything short of a miracle is not going to get Bernie that nomination. Bernie Sanders’ campaign announced this morning that they were gonna meet with supporters and campaign staffers and reassess their campaign and figure out where to go from there. So maybe he’s going to drop out. I don’t want him to, I’ll be perfectly honest, I do not think he should drop out because yeah, there’s always still a chance and there is that little bitty glimmer of hope.

But we can’t keep pulling into that glimmer of hope, folks. We got to deal with the reality and the reality is unfortunately going to stick us with Biden. Now, I’ve seen a lot of folks on Twitter, a lot of friends, and even I’ve hinted at it that, say they’re definitely not going to vote for Biden if he’s the nominee. Now, back in 2016, I was unhappy with the folks who said they weren’t gonna vote for Hillary. I was not a fan of Hillary, but I did the usual thing I have to do when I vote. Gagged a little bit, voted for anyway because she was “the lesser of two evils.” I’m not going to do that this year. If you make the choice as a Democrat to not vote for Joe Biden, fine. If you make the vote, choice to vote for Joe Biden, fine. Honestly, folks, I don’t know where I stand yet. I really don’t. I don’t know if I can do it again.

With the exception of one presidential election in my voting lifetime, I have had to go in there and just vote for the lesser of two evils. The person who wasn’t as bad as the other person on the ballot. The one election where that didn’t apply was when I like so many others got kind of hoodwinked by hope and change. 2008, Obama promised us something different, something new, something exciting, something young, something promising, and then failed to deliver on almost every front. So no, I’m not going to tell people to vote for Joe Biden. I’m not going to tell people not to vote for Joe Biden. What I’m going to do here every day is if there’s bad news about Biden, I’m going to talk about it. If there’s good news about Biden, I’m going to talk about it. But I am not going to shame a single person into voting or not voting for Joe Biden. That’s your choice. You know, if this was a different circumstance, I would be here telling you you have to vote for person X or person Y.

But I’m not. That’s not my job to be a cheerleader. It’s not my job to, you know, promote one single party over the other. Believe it or not. I have my personal political beliefs and you have yours. Vote your conscience folks, and don’t let anybody shame you into thinking that your vote helped reelect Trump or your non vote helped re-elect Trump. The Democratic party gave us Joe Biden. They’re making the same mistakes they made in 2016 except they’re making them with a much worse candidate this time. Again, I don’t hate Joe Biden. I don’t. But I do not think for a second he is what this country needs right now. Would he be a better president than Trump? Yeah, he would.

Is he going to do the things we need to actually repair this country and put us on a better path forward? No, and you know that. We all know that. So vote your conscience. Vote for the person that you think would do the best job. That’s what we have to do going forward and as I mentioned, when Biden screws up, we’re going to talk about it here. When he does something great, we’re going to talk about it here too. But I’m not going to sit here and be a cheerleader for Joe Biden when I do not believe in what he is telling us and I do not believe in his vision for this country because I don’t believe for a second he’s actually gonna pursue it.