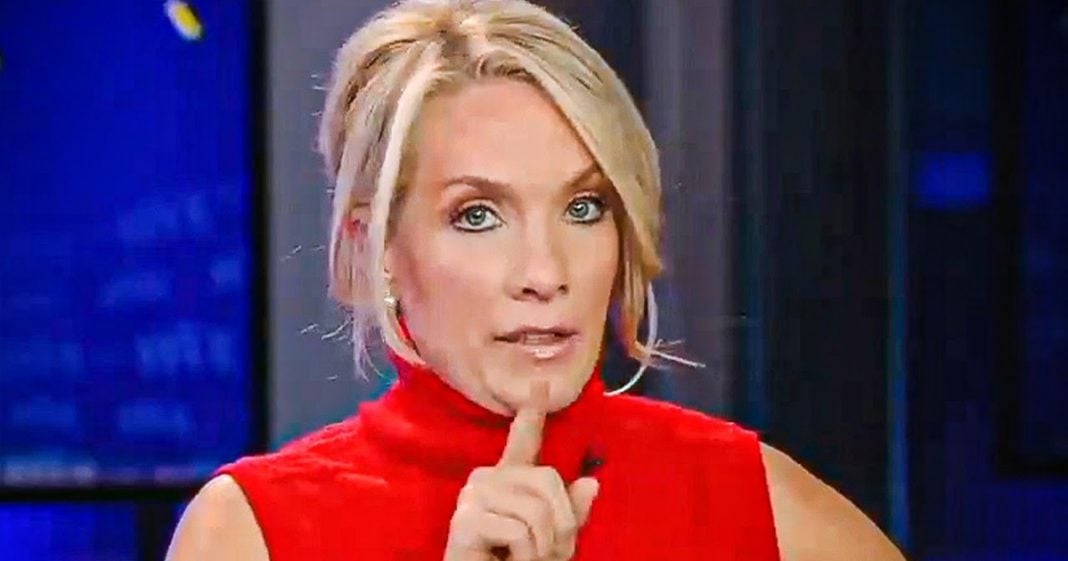 Fox News host Dana Perino is not happy that people are still living their lives during the pandemic, and she used her platform to urge employers to either fire or refuse to hire college students who went out partying during the pandemic. She is telling employers to go through the social media posts of potential hires and look for any pictures of them out and about while the country is on lockdown, and if they find any, they should fire that person. Ring of Fire’s Farron Cousins discusses this.

Fox news host, Dana Perino, is furious that people in this country are not taking the pandemic seriously because right now we have people all over the country heading down to the state of Florida for spring break, ignoring all those advisory’s saying, do not congregate in groups larger than 10 or 15 or whatever it is now and they’re out there partying, having a good time. And yesterday on the Fox news show, The Five, Perino came up with an idea on how to get back at these kids. Take a look.

Dana Perino:                        As future employers of these people. If you find out that any of these people that you think you might hire, went to spring break or went to the bar or disregarded public health officials, I wouldn’t hire them. And if they posted on social media, believe me, I’ll find it and you will not get hired. That’s the kind of punishment that they will listen to.

Now, here’s the thing that Dana Perino needs to understand, okay? A lot of these people that are out here for spring break are not the kind of people who spend every single day, all day long watching news and if any of them are Fox news viewers than they probably thought everything was fine to begin with, right? I mean, Dana, your network has spent the last couple of months telling people this is not a big deal. Hosting the president of the United States when he called it a hoax. So if you want to get mad about people still going out and about when they’re not supposed to, you need to look in the mirror and maybe talk to the people down the hall from you. Because they’re the ones, I mean, God, three days ago, three days ago, Dana, your network had Devin Nunes on the air saying, hey, everybody, go out to bars. Keep going to restaurants. Ignore these advisories. If you’re healthy, go out and have the time of your life.

But now Dana, you’re pissed off because people are actually listening to your network’s advice. Now, I will admit, I live in a beach town. There are tons of spring breakers out here. You know it’s hell getting home from work every day because of all the out of state license plates out there because they don’t know where they’re going. It’s, you know, it gets frustrating and takes a long time. But we are packed with spring breakers here and yes it is foolish. Yes it is against the guidelines but because there is no national lockdown right now, they are within their rights to go out and do that. Now you and I Dana may disagree with it and I do, but we still cannot stop people from doing that because again, this is not a national lockdown. There are no curfews in place. There are no travel bans for people living in the United States. Maybe if you want to contain the virus, you need to talk to your buddy in the White House and try to get something like that put in place.

Otherwise you need to talk to the people at your network and tell them to start taking this thing seriously. And as for your little plan to have employers go through these people’s social media to see if they were out and about and maybe went out to the beach when they were supposed to be sitting at home doing nothing. Yeah. Good luck arguing that in a court. Because yeah, there’s plenty of things you can get fired for posting on social media. But I don’t think partying during spring break is going to be one of those things. Even if there was a pandemic at the time. Yeah, these people need to go home. They need to start paying more attention. But in the meantime, propaganda outlets like Fox news have to stop telling people that everything’s fine. Feel free to go out and about. And when you have somebody like Devin Nunes come on your network, or Donald Trump come on your network, call this thing a hoax, that’s on you Dana and everyone else at Fox. And you are partly to blame for people not taking this thing seriously right now.