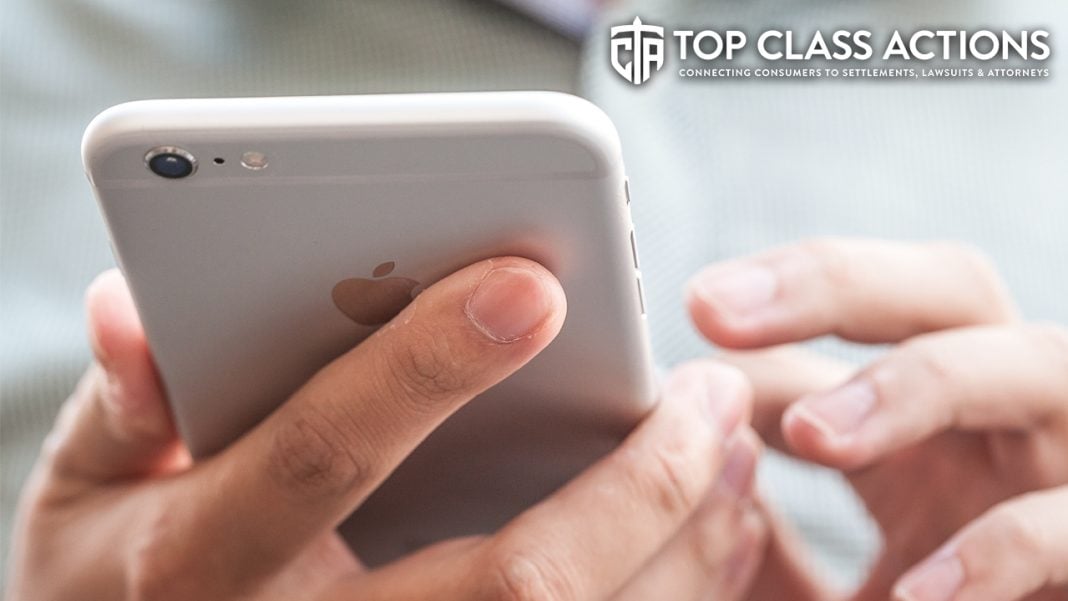 A $500 million settlement has been reached between Apple and customers to resolve a multidistrict litigation claiming that the tech giant intentionally released iPhone updates that would slow older phone models and eventually require the users to buy new phones. Ring of Fire’s Farron Cousins discusses this with Scott Hardy, President of Top Class Actions.

Farron Cousins:                  So here is an issue that obviously affects millions of people in the United States. It’s an issue that affected millions upon millions across the globe. But finally the United States consumers, we’re getting a little bit of relief and this is of course iPhone. Apple corporation finally creating a settlement for people who had their phones throttled because of updates once new phones came out. Joining me now to talk about this settlement is Scott Hardy with Top Class Actions. Scott, this is yet another one I know for a fact I qualify for. I owned the types of phones, several of them among several different family members that are listed in this settlement, but before we even get to all that, lay out the issue. What was Apple allegedly doing with these iPhones?

Now of course, Apple admits no guilt in this settlement. Apple is just saying, you know what, we’re sick of fighting this. You know, they obviously have a ton of free cash sitting around. Let’s go ahead and do the right thing by our beloved Apple fans and pay them. You know, let’s make this go away. We’re not going to admit we did anything wrong, but the class action alleged that Apple was actively releasing software to slow down old phones to push you to buy the latest and greatest model. And so now we have at least $310 million that will be made available. It could be up to $500 million depending on the number of claims that are put out.

Farron Cousins:                  And they actually recently also announced a big settlement in Europe right before this one came out for the same thing. They, the European regulators were being a lot more aggressive than what we had over here in the United States. The United States, we had to wait for the trial lawyers to really get involved for something to happen and I’m glad they did because this is a big deal. You know, when you’re talking about going out and buying a new iPhone, it’s not, okay, well let me drop 200 bucks. I mean, the new, new phones are over a thousand dollars and so yeah, this has cost consumers a ton of money.

Meanwhile, Apple on average pulls in between 6 and 8 billion dollars per month in the United States alone on iPhone sales, 6 to 8 billion a month. Not to mention, you know, what they’re pulling in on, on AirPods and Macbooks and iMacs. So the company’s going to be fine. People are still going to buy their products. I’m still going to buy their products, but I’m also not going to hesitate to sign up for this because I know I have at least three of the listed phones sitting in my nightstand at home because they’re just obsolete and I couldn’t use them and had to upgrade.

Scott Hardy:                          Yeah, I mean, all of these, a lot of folks probably like you and me, we keep our old phones might give them to our kids and so we have these phones. Apple, of course, has a record of every phone you’ve ever bought. So as this claims process opens up, we should, you know, it’ll be interesting to see if we actually do have to submit our old phone. If they’re going to say, listen, the we, we have the record of you buying your phone, just click here to say that you know, you’re, you’re releasing us from any future lawsuits for this and we’ll send you a check. I mean it could be $25 for each phone, but if we don’t see a high claim rate, it could be hundreds of dollars for each phone up to $500 each.

So we’ll have to see what is, I think that, you know, we’re probably much more likely to see 25 bucks per phone on the claim side of things just because as you said, there are millions upon millions of these phones out there and Apple fans are technologically savvy and will participate in these types of settlements. That’s been our experience so far. So don’t, don’t put your hopes up there and think that you’re going to get $500 per phone. I think you’re much more likely to get that $25 per phone settlement. But hey, that’s free money and that covers the iPhone 6, the 6 Plus, the 6s, the 6s Plus, the 7, 7 Plus, and the SE smart phones. So if you have those Apple phones, you could get a couple hundred dollars back.

Farron Cousins:                  And so this is something, as you mentioned, the claims process has not yet opened up yet. So we will definitely have to do an update on this story once that opens up. In the meantime, there is a link in the description of this video to this story at Top Class Actions. I suggest everyone bookmark that, save it if you are an iPhone user, because that’s going to come in handy when this process opens up and if you want to be notified about it, subscribe to the weekly Top Class Actions newsletter. Scott Hardy with Top Class Actions, thank you very much.