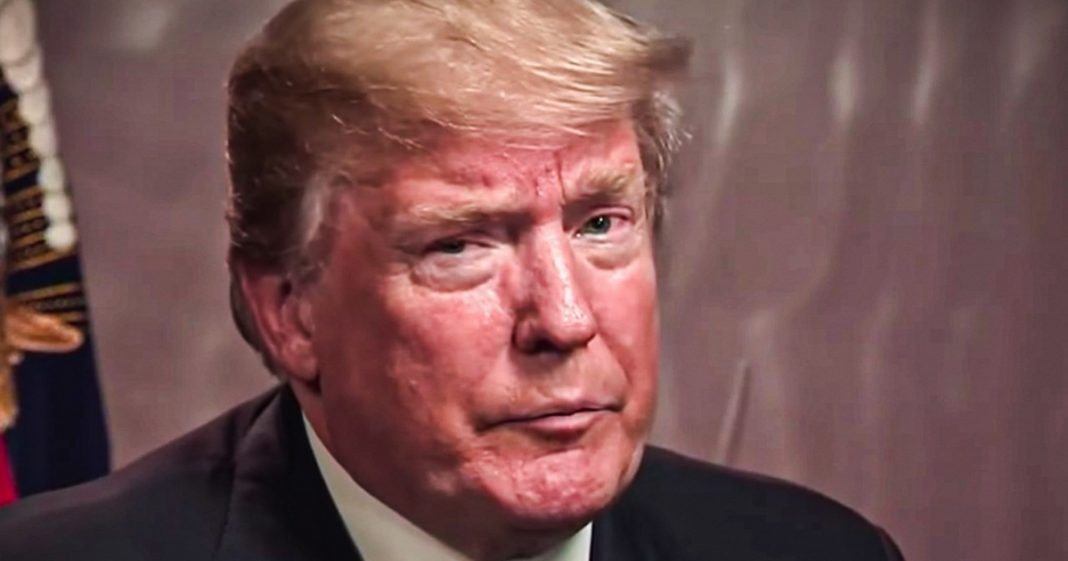 Trump’s supporters are finally coming to the realization that competency matters, and some of them are starting to rethink their support for the President. This isn’t a large movement, but it is starting to happen. If his response to the current crisis at hand continues to get worse, we can likely expect more and more diehard MAGA supporters to finally abandon the President. Ring of Fire’s Farron Cousins discusses this.

So some very interesting things are happening inside of Trump world right now. On one side, you have the MAGA hat wearers who think that the whole coronavirus thing is a hoax. That it’s media hype, that it’s some kind of liberal ploy to get back at Donald Trump for something. But then you have your other MAGA hat wearers who do think that, no, this is real. This is not a coup against the president and unfortunately, the president’s not doing that good of a job with his response to it. And I’m not talking about your average everyday walking around there Donald Trump supporter. I’m talking about real influential people within the MAGA movement itself. On the one side, the hoax side, the people who say, oh, it’s nothing more than a flu. You’ll get over in a couple of days. You have people like Bill Mitchell. He’s out there telling people, don’t worry about this thing.

Trump’s got it. He is doing awesome. Then on the other side, you have people like Ryan Fournier, I believe he is the students for Trump guy, and he’s saying, no, this is a big deal. Trump’s doing a decent job with it, but it’s a big deal. It’s real and, but if he doesn’t do a good job, then yeah, it’s probably gonna come into play in the 2020 election. The problem is the two different sides of the MAGA hat here can’t exactly agree on whether or not this thing is serious or whether or not it’s a hoax and that is causing this little schism to develop inside of Trump world. But what’s even more interesting than that is that deeper down the line, not just the highly influential people within Donald Trump’s circle, but the average everyday walking around MAGA supporters, the normal people who just happen to like Donald Trump. You know, maybe they don’t go to rallies, they don’t have the bumper stickers, but they say, well, I’m a Republican, so I vote for Donald Trump.

Those people are starting to turn on the president. Those people do not think that this man is capable of handling this crisis. 60% of the country agrees with them. And those are the people who are starting to look at this crisis and say, you know what? I don’t think he is the man for the job, and that’s not going to bode well for Donald Trump in the 2020 election. That is going to make it damn near impossible for him to get reelected if the public starts seeing things that way. But let’s be honest, the public does see things that way. You know, it’s not the independents out there that we need to worry about. Hey, make sure you know Trump’s doing a bad job. It’s certainly not the Democrats, it’s the Republicans themselves. Again, the average everyday walking around Republicans, the ones who aren’t going to the Trump rallies, they’re not, they don’t have red MAGA hats on.

They don’t have bumper stickers. These are just people who are conservative and so they voted conservative. They’re the ones who don’t like what they’re seeing. They’re the ones who aren’t exactly happy with this and that is the real problem for Trump world and as these schisms intensify at the bottom, they are going to travel up. As I started off talking about, we already have the schisms at the top. They’re small, but they’re there. The crazy right wingers, the more conservative right wingers, they can’t agree on whether or not this thing is even real. Meanwhile, they’re ignoring the fact that those at the bottom are actually starting to think, you know what? Maybe competency matters.