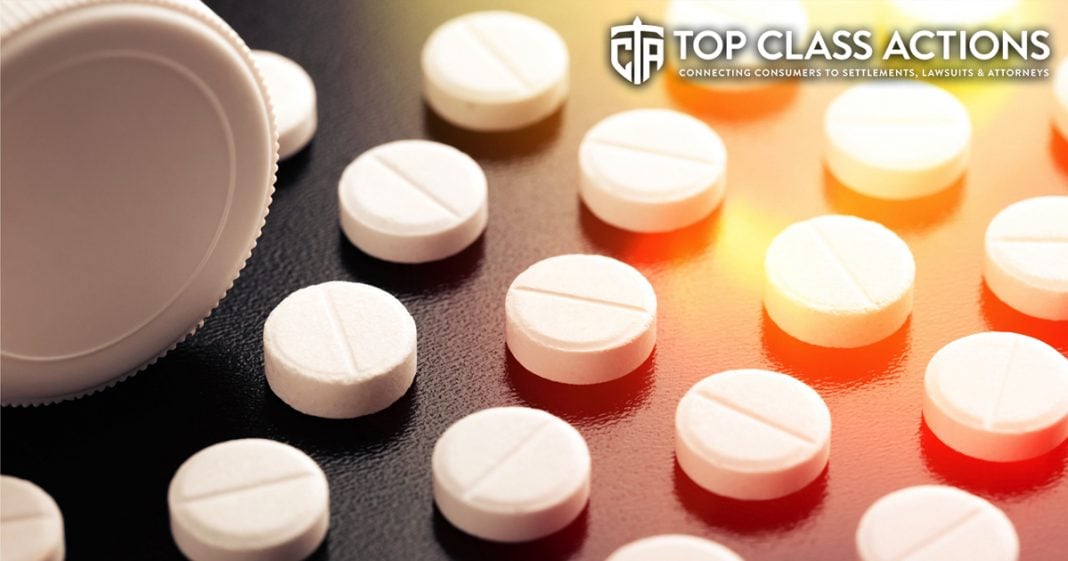 Following a bankruptcy filing, consumers who were injured by OxyContin or other addictive opioids manufactured by Purdue Pharma may be able to recover compensation. The claim program benefits individuals who were injured by Purdue opioids such as OxyContin before Sept. 15, 2019, or the families of minors or deceased victims. Ring of Fire’s Farron Cousins discusses this with Scott Hardy, President of Top Class Actions.

Farron Cousins:                  OxyContin maker Purdue pharmaceuticals has announced a settlement with upwards of 3000 individuals who have filed lawsuits against them for the opioid epidemic. These are people who either themselves had become addicted to opioids or they had family members who became addicted and possibly died. Joining me now to talk about this settlement, what it means and what it contains is Scott Hardy from Top Class Actions, and Scott, this is obviously a big one. Everybody knows about opioids. They know the dangers, now. They know this is a big deal and so this settlement coming along is also a pretty big deal, isn’t it?

Scott Hardy:                          It’s a huge deal. One of the biggest questions I get from our viewers who were affected by opioids is what about me? They see all of these big settlements affecting cities, states, counties, and they’re saying, but I was the person that was addicted to this drug. How am I going to be able to get paid? I was calling in sick. I lost my, my marriage, I totaled my car. You know, there were so many problems that are connected to opioids. How can I get some kind of financial compensation for what I was put through and addicted to this drug? Well, Purdue has created this fund. It’s hundreds of millions of dollars that will be able to put some money back in their pockets. If you have a family member that died from an overdose, you’re going to want to get those records and submit this to a, to this settlement because you should be able to get some compensation back.

If you were addicted, you lost your job, you lost your house, you lost your car. If you suffered severe side effects after have, you know, forming an addiction to OxyContin or another Purdue pharmaceutical opioid, then you’ll want to take the time and get your paperwork together and submit your information here. You can do it on your own. It’s important to note that there are law firms out there that are getting people to sign up. There are third party claims administrators that are getting people to sign up and submitting their claims for them. Typically, if you do that, you’re going to lose between a third to 40% of whatever award you’re going to get back.

Farron Cousins:                  You know, one of the things that, that is really interesting on this, obviously according to lawsuits, these opioid manufacturers engaged in some fairly deceitful behavior. I mean, the, the lawsuit alleges, you know, they downplayed the risks of the opioids and overstated the benefits. So given this behavior which allegedly took place, again, according to the lawsuits, this is directly from the lawsuits what I’m saying here. It is nice to see that, okay, they understand what happened. They understand that they, they have screwed up here. So here, we are, we’re going to do this. They, they’ve also filed for bankruptcy. So I guess the question I have is does the bankruptcy, is that going to affect the settlement in any way here?

Scott Hardy:                          We don’t know yet. This, this money has been put aside. So we’re hoping that it won’t get gobbled up by the bankruptcy. But you know what the, the, the best course of action is that I’ve seen that I would personally recommend would be to get those claims and, and frankly, don’t worry about the bankruptcy. As a consumer, you can’t do anything about that anyways. Right? But what you can do is take care of yourself if you had lost a loved one due to this opioid epidemic and were, are able to submit that paperwork as part of this claim, you should be able to get some money back. I mean, this is hundreds of millions of dollars which is out there. It’s, it’s 3000 claims right now is relatively small. This will turn into tens of thousands if not hundreds of thousands or more of claims to try to get some pieces of this settlement.

It’s going to be a long process. This is not a typical, submit your name, phone number and wait for a check. This is going to be name, phone number and a lot of documentation, but it’s, it should result in a significant payment because these are all gonna be individual claims. They’re going to look at your claim and say, well, you know, you lost a loved one. That’s going to be a much higher potential payment compared to someone who lost a car or totaled a car for example. And all of those factors get put into place as they determine how much you will actually get paid in the end from this settlement.

Farron Cousins:                  And it’s important to remember too that this particular settlement is with Purdue. They made OxyContin. So this pertains to OxyContin. There’s a lot of different kinds of opioids out there. If, if OxyContin was not what you were on or what you were prescribed, this may not necessarily apply to those people. Correct? They would have to either go through a different lawsuit or different settlement if that comes out, if they took a different medication. Right?

Farron Cousins:                  For more information on this settlement, please follow the link in the description of this video, head on over to Top Class Actions and make sure you sign up for their weekly newsletter. Scott Hardy, always a pleasure talking to you. Thank you.