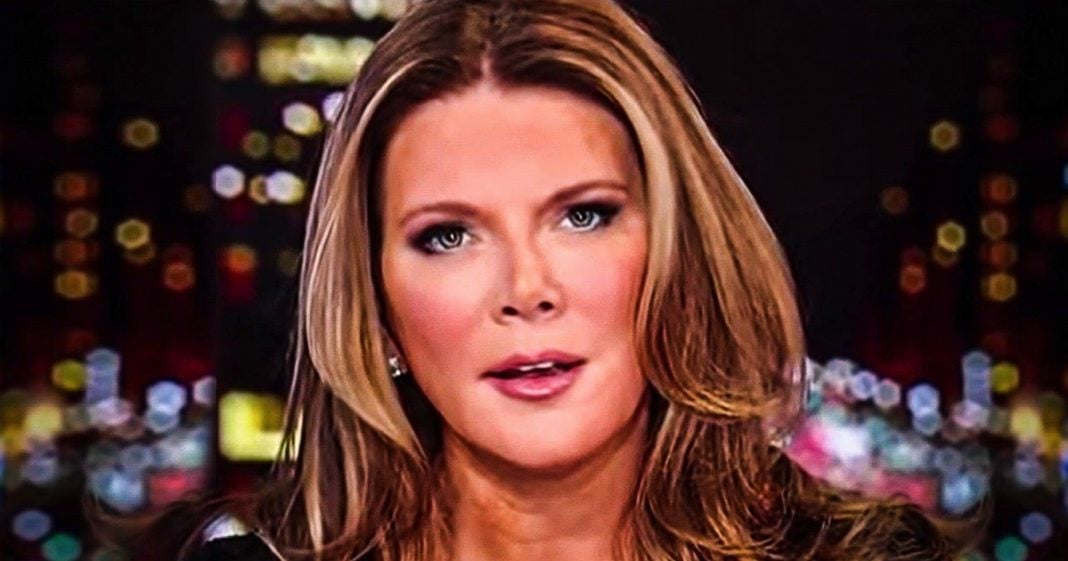 The Fox Business Channel has put Trish Regan’s program on hiatus after her meltdown on the air last week. Regan had claimed that the Democrats and the “liberal media” were using the pandemic to unjustly smear the President, and that the whole thing was overblown. These comments were far more intense than that, and Fox couldn’t run the risk of keeping her on the air. Ring of Fire’s Farron Cousins discusses this.

This past Friday, Fox business network announced that host Trish Regan was going to be going on a bit of a hiatus following an on air meltdown earlier in the week and then this morning reports started coming out saying that Trish Regan was probably not going to be coming back to the network. Now for those who may not remember what Trish Regan did on the air, here’s the clip of her from last Monday nights program where she just went absolutely off the rails. Here it is.

Trish Regan:                          Chorus of hate being leveled at the president is nearing a crescendo as Democrats blame him and only him for a virus that originated halfway around the world. This is yet another attempt to impeach the president and sadly it seems they care very little for any of the destruction they are leaving in their wake. Losses in the stock market. All this unfortunately just part of the political casualties for them. You know, this is a time to be United, not to be pointing fingers, not to be encouraging hate, and yet what do we see? We see the absolute opposite from the left tonight. Good evening everyone. I am Trish Regan. The hate is boiling over. Many in the liberal media using and I mean using coronavirus in an attempt to demonize and destroy the president.

Those were the ranting’s of a person who had gone mad. Those are the ranting’s of someone who wasn’t quite well but still was allowed a prime time spot on a cable news program. And I think given the news that broke within the past week about the spread of everything, you know, this virus is starting to take over our daily lives. Parts of the country are shutting down and they need to, and Trish Regan sitting there saying like this is all a hoax because the Democrats are trying to re-impeach Trump with it. No, little more little more complex than that and so Fox actually made the correct decision to pull her off the air and as I mentioned, hopefully permanently. But as I said last week, the saddest thing about this story is that Trish Regan did not always, well was not always like this, actually. There was a time when she was actually nominated for an Emmy for her investigative journalism back when she worked at CBS in the early two thousands. This woman knew what she was doing.

She went to school for this, was doing a great job of it and then everything went downhill. When she went to Fox news. She decided, oh, I don’t have to do real journalism anymore. I can just go on the air and make stuff up. Which is exactly what she did. But sometimes even for Fox it’s a little too much. Sometimes with Fox you can in fact go overboard and that is exactly what happened with Trish Regan. Now, if this had been about any other issue other than the current pandemic, I do not think Regan would have experienced any sort of punishment for this. She would likely still be on the air. Fox news loves a good conspiracy theory about Democrats trying to take down Trump, but that’s not what this was and Fox understands that. They know that this is not a hoax. It is not a scheme. It is not a conspiracy to take down the president. This is a very real illness that is sweeping across this country causing irreparable economic harm at the moment. They know this thing is real and they weren’t about to put up with yet another host on their network trying to convince the public otherwise.