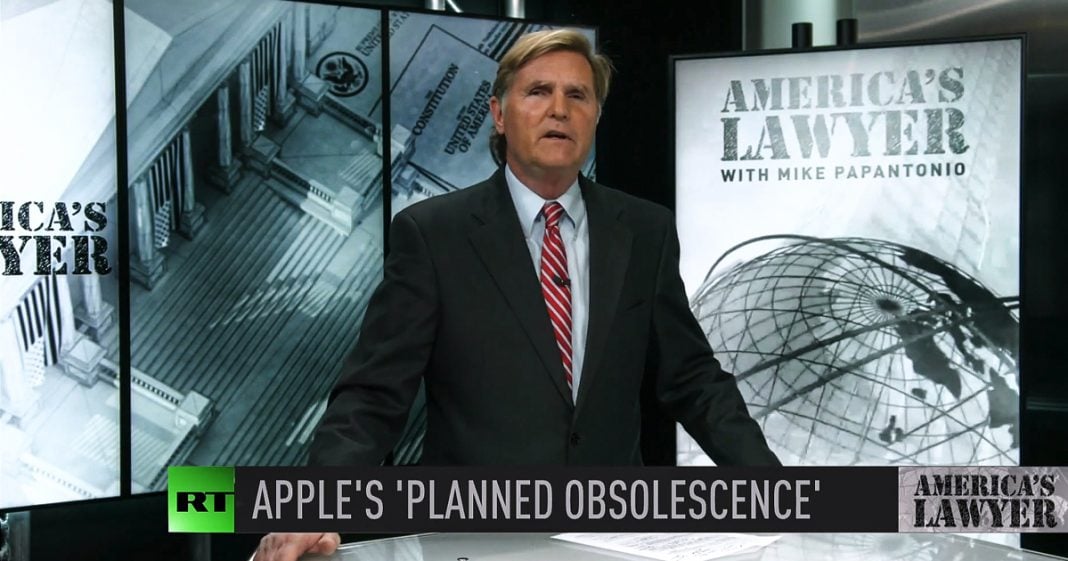 Via America’s Lawyer: Apple has agreed to pay out $500 million to settle claims that they’ve been intentionally slowing down older iPhones to force users to purchase new phones. Mike Papantonio explains more.

And finally tonight, some good news. Apple has agreed to pay out $500 million to settle claims that they’ve been intentionally slowing down older iPhones to force users to purchase new phones. Big surprise there, huh? This practice is called planned obsolescence and it’s one of the major reasons users end up buying new cell phones every two years. Complaints for consumers had been pouring in for years all across the globe and Apple has been hit with lawsuits in both United States and Europe for slowing down iPhones intentionally.

But don’t feel bad about that $500 million because the truth is the company pulls in from new Apple iPhone sales in the US, every month based on their core quarterly profits, their sales are about $8 billion a month worth of new iPhones. That’s in the United States alone, by the way. This settlement should have been much, much higher, but sometimes you have to take whatever victory you can get and hopefully the company is going to change its practices as a result of this.

That’s all for tonight. Find us on Twitter and Facebook @facebook.com/rtamericaslawyer. You can watch all RT America programs on Direct TV, Channel 321 and stream them live on YouTube. And be sure to check out RT’s new portable phone app where you can watch any show you want to on your, right there on your phone. I’m Mike Papantonio and this is America’s Lawyer, where every week we tell you the stories that corporate media is ordered, not to tell because their advertisers won’t let them. Have a great night.