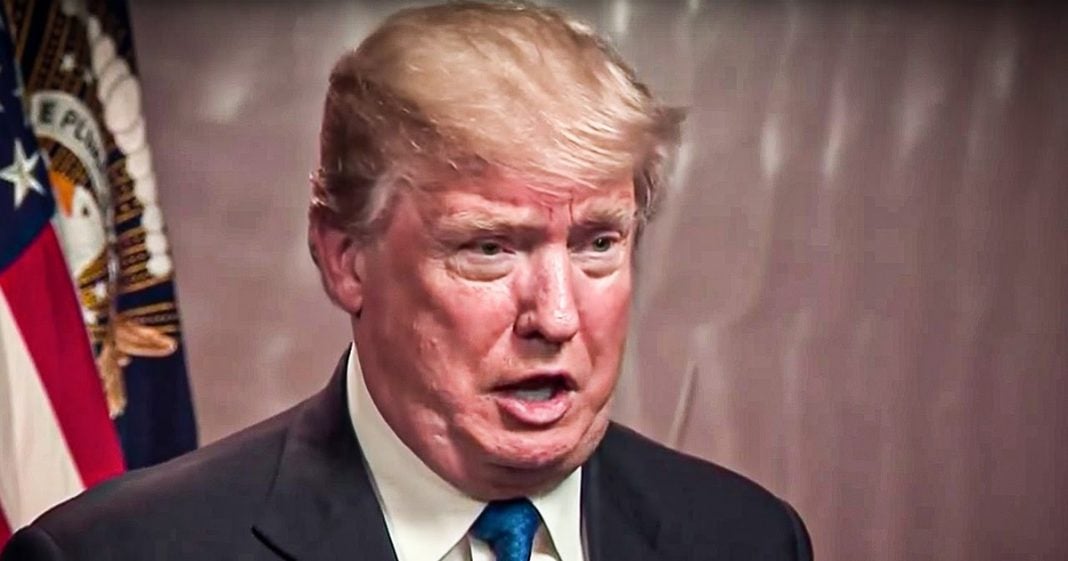 According to reports, Donald Trump rejected aggressive measures to test American citizens for the Coronavirus because he thought that having a large number of infected citizens would hurt his reelection chances. This resulted in severe delays of testing and the United States falling further and further behind the rest of the world in treating our population. Ring of Fire’s Farron Cousins explains how Trump’s selfishness has made this problem worse than it should have been.

So right now as the coronavirus rips through the United States, and we only have tested as of this moment, about 27,000 people in this country of more than 320 million. The question is why? Right? We know for a fact that the Trump administration was having meetings on this back in January. Unfortunately, we don’t know what happened in those meetings because the president decided to classify all of that, but we do know that the meetings themselves did occur. So why are we so behind on testing? Why are we not as efficient as other countries? Why are we not taking the same steps that the other countries have taken to make sure this thing doesn’t spread any further? Why are we so behind? Well, according to Politico, it’s because Donald Trump wanted us to kind of downplay everything. He wanted us to not know how many people in this country actually had the disease because he believed that the more positive test cases that came up, the worse it would look for his reelection chances.

So that explains what’s happening with the federal government right now. That’s why Donald Trump, back in January when you had Azar with health and human services come into the White House and tell the president, we need to start testing. That’s what happened. Health and human services in January did go to the White House and said, we need to start large scale testing. We need to get in front of this instead of playing catch up from behind and Trump said, no. Trump’s aides, according to reports, didn’t even want to let Azar come into the White House to express these concerns. They didn’t want the president to be bothered by this and they certainly didn’t want it to hurt his reelection chances. So it’s not just Trump, it’s all those people he surrounded himself with inside the White House as well. But folks, we’ve seen the results of that.

We see what happens when you don’t take this thing seriously. When you’re out there one week calling it a hoax the next week saying that, oh, they’re lying about the death toll and then finally admitting, okay, yeah, I guess it’s a big deal, but still not quite going as far as telling people to actually take the precautions that medical professionals are telling them to take. In Italy, hundreds upon hundreds of people died just over the weekend, last two days, hundreds of people. Their entire country is essentially shut down right now because they were not proactive about the disease. Now they, I’m assuming, didn’t try to cover it up like Donald Trump has done, but they let it grow out of hand. Their hospitals are overwhelmed and the worst part is too, their hospitals are now focusing solely on treating people with coronavirus. So if you get into a car accident or have a heart attack and try to go to the hospital, they can’t even treat you.

So now other people are dying from things that shouldn’t necessarily be fatal if they get medical attention in time because they can’t get medical attention and the United States is marching down that exact same path because Donald Trump doesn’t want to know how many people are actually sick. He doesn’t want the public to know how many people are sick and that’s why he’s classifying these briefings he’s having. He wants to keep us in the dark because he thinks that’s going to help him with his reelection chances. It ain’t going to happen. If anything, this viral outbreak has exposed his gross incompetence. I think there’s more people today unwilling to vote for Donald Trump than there were even after he was impeached because again, everybody’s already forgotten about all the impeachment stuff. Now it’s just the gross incompetence from the mishandling of the coronavirus. But this is what we’re dealing with. There’s nothing the president could do at this point that is going to ease people’s fears. He has let this thing grow out of control. He cannot stop it. So at this point, the best he can hope for is to contain it. Otherwise, his political career is going to be coming to a timely end this November.