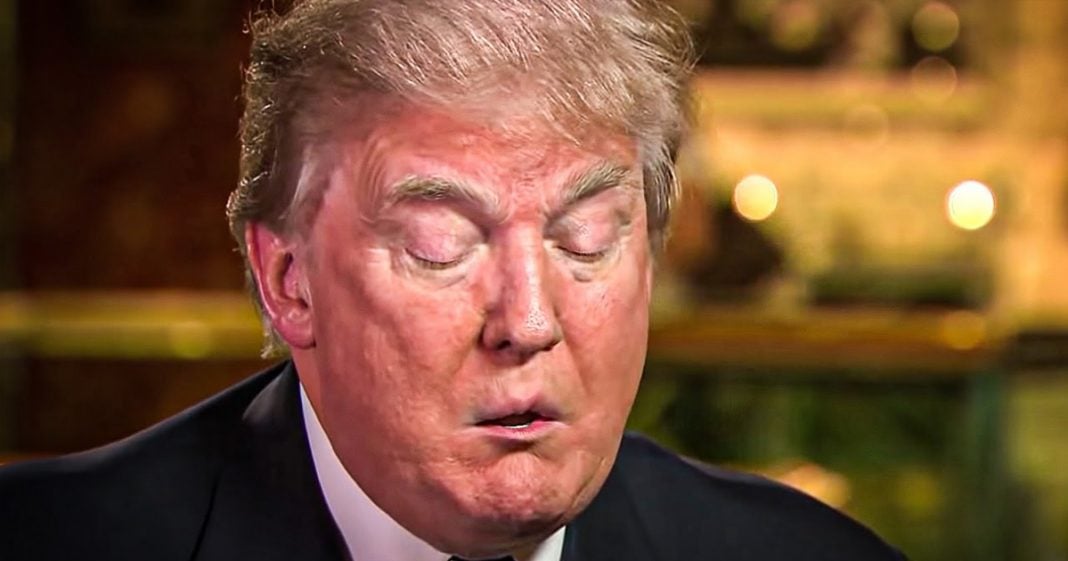 According to reports that have been confirmed by the German government, Donald Trump tried to bribe German scientists to come to the United States to work on a vaccine for the pandemic. These scientists had been working at a German drug company trying to create a vaccine, but Trump wanted that glory to go to the United States. Ring of Fire’s Farron Cousins explains what’s happening.

A German company called CureVac has been desperately working to find a cure or a vaccine for the coronavirus. Now CureVac has been around for a very long time. They have taken lots of money from the Bill and Melinda Gates foundation to work on things like malaria. They have had lots of breakthroughs. They are helping people around the world get better and that is why Donald Trump, according to German government officials, attempted to pay off scientists at CureVac to get them to come over and work on a coronavirus vaccine in the United States instead of over in Germany because Donald Trump wanted that patent here in the United States. He wanted the United States government to hold it and he wanted the US to emerge as the savior of the world with regards to the coronavirus. Now again, the German government has confirmed that scientists at CureVac, we’re offer, offered money from Trump to come over to the United States. The Trump administration of course denies all of this. They say this did not happen, but there’s really no evidence to suggest that it didn’t.

And given the choice between trusting the German government or the United States government in the year 2020 I’m going to have to go with the German government on this one because this is exactly the kind of thing that Donald Trump would absolutely do without hesitation. This is greed and this is the, you know, narcissism that Trump is clearly, clearly a textbook case of. He wants to be the hero here. He wants the rest of the world to look at the United States and say they solved our problems and of course he wants all the money that comes along with it too. But we’re not in that position right now. We’re no longer global leaders here in the United States, folks, people need to wake up and realize that. We are price gougers. We are profiteers. We are warmongers. We’re not leaders on anything. We’re polluters.

And Trump thinks that he can go over there to these scientists who are actually working because they want to help people, not because they want to make money and he thinks he can pay them off. Luckily it didn’t work. The scientists did not accept this bribe money to come over here to the United States. They believe in what they’re doing and they’ve also said that no country should have a monopoly on the vaccine for this disease. This is something that the public should be guaranteed, and if it’s made over here in the United States, if we hold the patent, you can guarantee that nobody is going to be entitled to this vaccine. We’ll do what we always do with pharmaceuticals over here. We’ll create the thing using government funded taxpayer funded research. We’ll Jack up the price by about 20000% which is to be honest, folks, kind of bottom of the line.

There are some prescription drugs here in the United States where the markup is over 250000%. But they’ll probably keep this one low at about 20000% right, because they want more people to be able to afford it, but not the undesirables, not the low income people. Sorry. You’re on your own if you get it. So thank God the German scientists had a moral compass. Thank God these German scientists and the German government couldn’t be bought off by this crook in the White House because if they had been, anybody who’s not a member of the top 5% of income earners in this country could kiss any hope of ever getting a vaccine, goodbye.