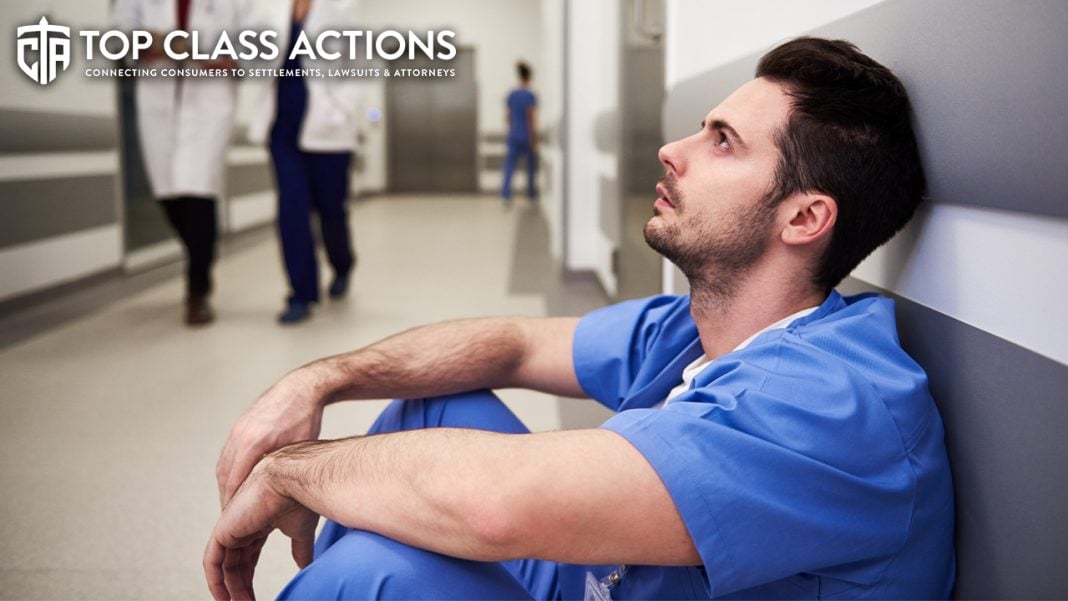 OxyCide cleaners are used in hospitals as one step disinfectants. The product’s aim is to keep patients safe by killing dangerous pathogens, but may pose a health risk to hospital staff. Staff members who use OxyCide daily disinfectant have reported a variety of adverse symptoms after using the disinfectant. Ring of Fire’s Farron Cousins discusses this with Scott Hardy, President of Top Class Actions.

Farron Cousins:                  Everybody in this country right now, in fact, pretty much everybody across the globe is concerned about the Coronavirus. We want to take extra steps, we want to be healthy, we want to disinfect everything possible and that goes double if you happen to work in a hospital, for very obvious reasons. Hospitals have always tried to remain as germ-free as possible, which makes sense when you’re in an environment filled with people who need cleanliness. But unfortunately, one of the chemicals that hospitals have been using for quite some time now to disinfect themselves is turning out to cause severe breathing and respiratory problems in hospital workers. Joining me now to talk about this is Scott Hardy with Top Class Actions and Scott were talking about OxyCide made by EcoLab. Tell us what’s happening with this product.

Scott Hardy:                          So OxyCide is a very potent disinfected, as you mentioned. You have these hospitals that are trying to get away from bleach, even though bleach is a relatively easy one to use. OxyCide is very, very, very, very potent. It’s so potent in fact that you can’t just sit there and spray it on a wall or spray it on a table to clean it up. No, it actually has a special receptacle that has this stuff in it. You have your rag in there, you take your rag out of that receptacle, and then you wipe down the walls, you wipe down the tables, the beds, the arm rails, all those kinds of things. And so this is, they’re trying to kill MRSA. They’re obviously now trying to kill Coronavirus with these things, but it’s such a potent antiseptic that it actually can hurt the people who are using it.

They have to wear a mask when they’re, when they’re cleaning because it can hurt the mucus membranes in the nose, the mouth, the lungs and you have those hospital employees who are suffering longterm injuries. It’s not just the janitorial team who are cleaning and sterilizing these rooms. It’s the doctors, it’s the nurses, it’s the nursing assistants, the attendance that are having to walk in and out of these operating rooms, breathing these fumes on a regular basis and developing severe allergic reactions to it. So severe that some of these folks can’t actually work in those environments anymore. And now it’s actually been identified as so severe that some hospitals are stopping using the OxyCide cleaner because of these issues.

Farron Cousins:                  So usually you and I sit here and we talk about products that don’t work. OxyCide apparently works a little too well and so that’s, that’s a little different than what we’re used to talking about here. But also, you know, you mentioned the fact that it’s not just the people who are out there actively having to use the cleaner. So this isn’t an issue where, okay, well if you wore a respirator, would that change this? No, this is people who come into these rooms, you know, minutes, maybe even hours later being exposed to this, people who cannot walk around wearing a respirator. So yes, this is a very big issue. You do not want the, the people operating on you to start having breathing problems in the middle of an operation, that’s only going to make things so much worse. So, you know, where, where are we at with all of this right now? Are we still in the investigation phase? Has anything been filed? What’s, what’s the status here?

Scott Hardy:                          So the law firms that we’re speaking to on this one, specifically McCune Wright, they’re actually filing cases now. They’re, they’re talking to anesthesiologists, doctors, nurses, janitorial teams that are, that are having these health issues because they receive reports of people that really, you know, a doctor goes on vacation, comes back, walks into the operating room and just all of a sudden has this severe reaction and can’t work anymore. They’re, they’re seeing this across the country and frankly, when we launched this investigation, at first I went, well, you know, there are a lot of hospitals out there, but I don’t know what kind of reaction we’re going to get. And we’ve received a lot of submissions from those who are working in these hospitals and experiencing these severe side effects and so yeah, they’re actively filing cases. They’re, they’re actively talking to those folks who were impacted. If you’re saying, hey, I think I was impacted by this. You’ll want us to meet your information, you’ll want to talk to the attorneys who are handling these cases and they’ll be able to give you the honest opinion because they are the ones that are actively litigating these cases right now.

Farron Cousins:                  So what are some of the effects we’re seeing? I know you’ve mentioned a couple, you know, what all are we seeing happen to the people who are exposed to this when they’re having these reactions?

Scott Hardy:                          You’re seeing coughing, wheezing, asthma like symptoms, even though they’d have never been diagnosed with asthma. Headaches, burning eyes, loss of voice, upset stomach. They could even have skin burns if they’re, if they’re touching some of these areas that are recently cleaned. Raw lips, sores on or in the mucus membranes, cracked hands and nails, burning eyes, headaches. I mean, it’s, it really runs the gamut. But what it leads to is people that are unable to work in that environment. And that’s what’s making some of these hospitals drop OxyCide and go back to regular old strong bleach.