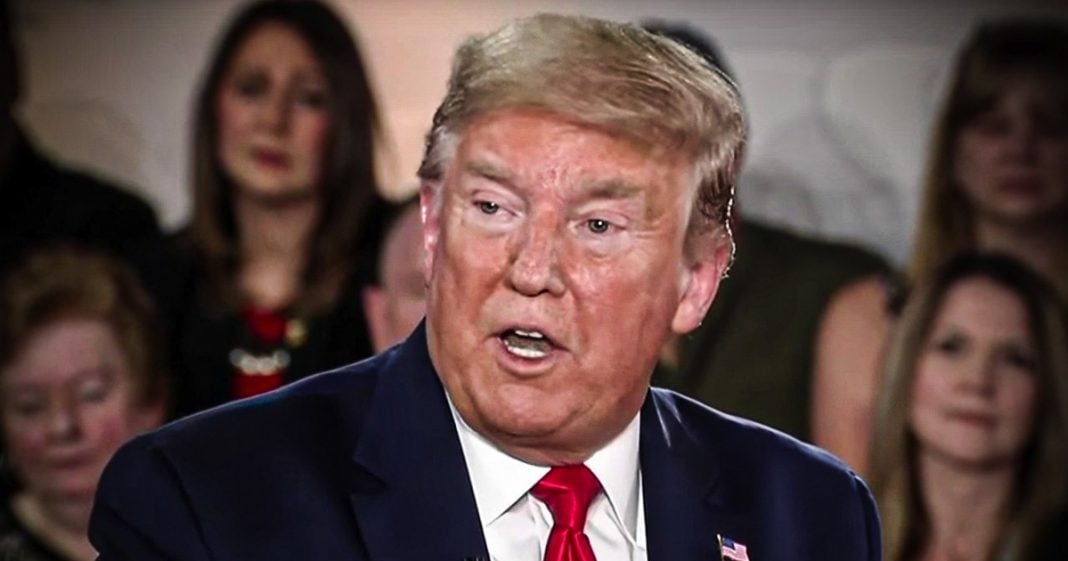 According to reports, Donald Trump had been whistling past the graveyard with regards to the Covid-19 outbreak, and only started taking the issue seriously when he saw Fox News talk about how it was hurting the stock market. What the President doesn’t realize is that the constant lies and coverups from his administration are what’s driving the market downward. Ring of Fire’s Farron Cousins discusses this.

Ever since we first started hearing about COVID-19, the Coronavirus, the viral outbreak, the pandemic, whatever you want to call it, Donald Trump has done his best to kind of downplay what’s actually happening. You know, he’s talked about how horrible things are in other countries. Obviously Italy is on total lockdown right now. Many areas of China are, other countries are starting to do the same. We’ve got quarantines, we got cruise ships hanging up, hanging off the coasts because they can’t let people off because they’ve all been exposed and bad things are happening. But not here in the United States on the mainland. Donald Trump has always insisted everything’s cool. I mean, he was telling us just on Tuesday of this week, it’s all gonna go away. It’s all going to go away. It’s all going to go away. He said it three times, folks, it’s all going to go away.

Behind the scenes, the man is allegedly freaking out. According to reports of insiders, Donald Trump believes this is a very serious problem, but not for your health. He couldn’t care less about that. No, Donald Trump was apparently watching Fox news on Monday, you know, when the market lost 2000 points. Fox news was talking about how horrible this was and so at that point, Donald Trump decided to take the issue more seriously, or at least that’s what his aides say. So it was Fox news that finally made Trump realize that this virus is a big deal. But again, unfortunately not with regards to human life, just with regards to economics, specifically the stock market and wealthy people, they could be losing money, Donald, you need to start taking it seriously and so from that point forward, the aide said, Trump decided to take it seriously, except he obviously hasn’t.

Because as I mentioned, this was on Monday and then on Tuesday he goes out and says, it’s all going to go away. Don’t worry. It’s under control, Mike Pence is on the job. No, that, that doesn’t make us feel better. That makes us feel worse and in fact, Donald, I know you’re worried about the economy. You do realize, don’t you, that the reason the stock market is tanking, the reason, you know, businesses are kind of panicking is because of your horrid response to the whole thing. The fact that you went on Fox news last week and said that the world health organization was lying about the death toll. The fact that you had once said a week and a half ago, that the number of cases in the United States will probably be closer to zero. Well, guess what? By Wednesday of this week, there’s already over a thousand cases here in the United States with the death toll climbing.

They have tried to downplay the people who have died. Well, they were old and they were already sick and it’s still, it’s a human being. It’s an American citizen on your soil and you’re doing nothing about it except for being scared about the stock market because you know that that could cost you reelection in 2020. That’s what this is about folks and that is why you can’t an inexperienced business loser like Donald Trump in the highest office of the land. Donald Trump does not know how to respond to an issue like this. He doesn’t know how to handle a crisis that affects 320 some odd million American citizens. This was a stupid decision by both the electoral college and everyone who voted for Donald Trump, and this is what happens as a result of it. So let the lesson be learned. Don’t put an inexperienced moron in the White House because yes, eventually there will be a crisis and they won’t know how to handle it.