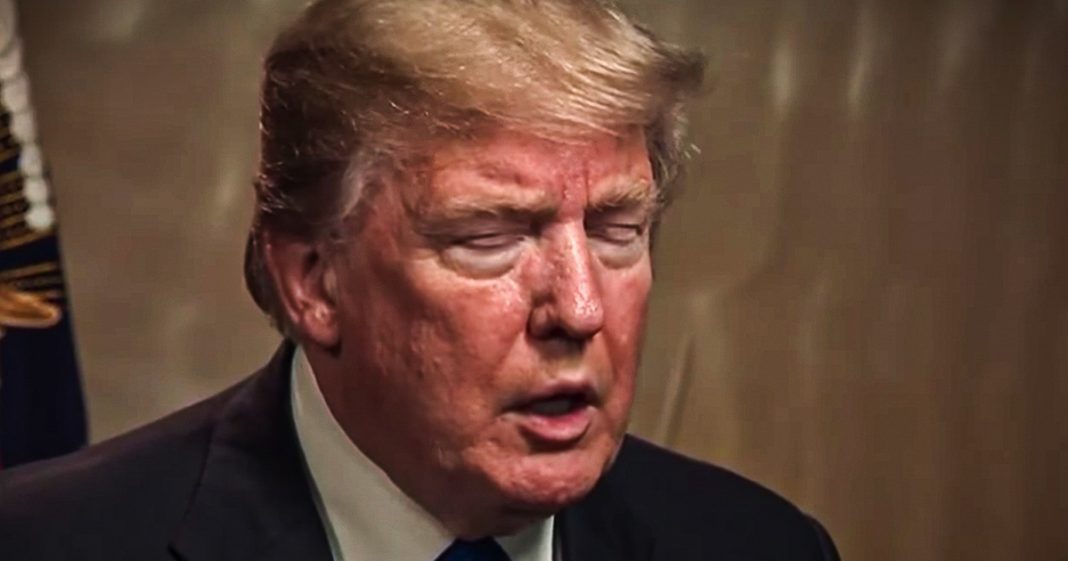 According to four Trump administration officials, the president has been keeping vital public health information classified, even as the pandemic continues to grow. This information, the officials claim, has been kept secret from the public since mid-January, proving that the administration KNEW how bad things were and would be, yet continued to do nothing about the growing threat. Ring of Fire’s Farron Cousins discusses this.

It’s no secret that Donald Trump’s response to this entire viral outbreak pandemic has been dismal, to say the least. Right? His horrid response, his failure to act has led to more than 1000 people in the United States contracting this virus. The numbers continue to climb. Nearly 40 have died already from it, and it’s going to get worse according to every one except for Donald Trump. But here’s something that came out this week. According to a new report, according to the four Trump administration officials who spoke to reporters about this, Donald Trump has been keeping the meetings that the White House has having about the Coronavirus classified and he’s been doing that since mid January.

So even though we as a public have only been freaking out about this thing for about a month, the Trump administration has known how serious it is for two. For two months now, they have had this information, they have been holding meetings, according to these officials, about potential quarantines, potential travel bans, the scope of the infection, projections on how many Americans could come down with this virus, how many people could die. But all of it is being kept classified. They are not letting people without top secret security clearances into these meetings that are being held at health and human services and according to these officials, this was directed from the White House. The national security council under Donald Trump’s orders, they say, are the ones who said that we have to keep all of this information classified. So to kind of wrap it up there, they are keeping all of this vital public health information classified.

I don’t know about you, but to me that makes this whole situation a lot scarier, right? Because we see the reports on TV, we hear about it when someone dies. We see the latest news about the infections. We saw the NBA cancel the rest of their season. I mean, hell, Tom Hanks and his wife have this thing now too. This is serious. This is very real and the Trump administration is sitting up there in DC hiding the information from us. We deserve to know and we deserve to know the truth and this man is not giving it to us. And here’s the thing I want everybody to remember. The Republicans in the House and the Republicans in the Senate, they are responsible for this. They are. They’re the ones who kept this man in office. They’re the ones who blindly stood behind him as he shat all over the rule of law and now he’s hiding vital public safety information from us in the middle of a viral pandemic.

Mitch McConnell’s responsible for this. Lindsey Graham’s responsible for this. Matt Gaetz, Marco Rubio, Ted Cruz, Rand Paul, all of them, Susan Collins, every one of them is responsible for what this administration is doing and what they continue to do. And I’m saying that because I want you to remember because for those who are responsible and are up for reelection this year, you send them the message this coming November that you’re not going to stand for it. That you will not accept an administration that lies to us about the extent of this disease and then classifies the truth so that none of us can see it. This is unacceptable. People’s lives are on the line, so you need to extend the favor to the Republicans and send them packing in November because they are the ones who enabled all of this.