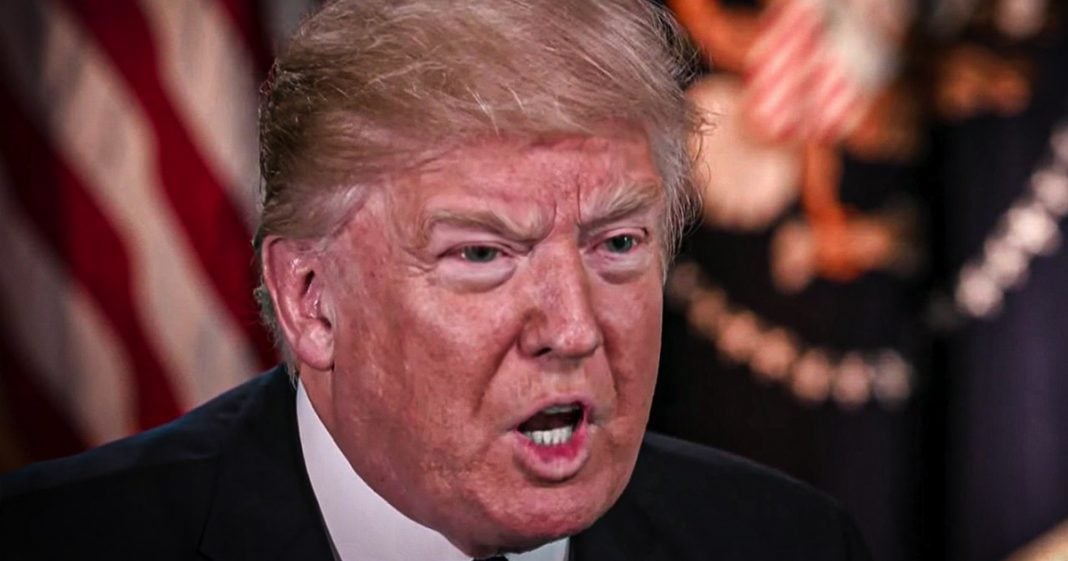 According to a bombshell new report this week by ProPublica, Donald Trump and his company engaged in a bribery campaign that spanned the 1980’s and 90’s where he allegedly paid off New York officials to secure lower tax rates for his business and properties. He then became apoplectic when he learned that other companies were getting the same tax rates that he was. Ring of Fire’s Farron Cousins explains how the scam worked.

And with this new information coming out saying that, yes, the Trump organization, according to the people who pleaded guilty to accepting the bribes, the Trump organization was involved. I would think these are people that the AG of New York would probably want to talk to. Right? Don’t you to think these are kind of the people that Letitia James is, is ready to go ahead and say, hey, why don’t you come into my office? Let’s have a talk. Because I do. You know, Cy Vance probably ready for these people to come in and start spilling the beans because they’re already investigating the Trump organization and this would just be the cherry on top. Now, Donald Trump has come out and said he didn’t do any of this. It’s all a lie. And in fact, he was actually deposed about this back in 2007, but the deposition wasn’t necessarily about the bribery.

It was because Donald Trump decided to sue a reporter who said he wasn’t worth as much money as he said he was. So Trump had to go through discovery, through depositions, and that’s when they asked him point blank about the bribery, which he denied at the time and still denies to this day. Now, because that is not what that case was about they did not pursue it. But if it turns out that they did this, and if it turns out that he knows this, which there would be records of this because those would be large sums of money suddenly disappearing from the company. Yeah, there’s records, there’s paper trails. There always are and there’s always people in the organization who know whether or not this did or didn’t happen and I’m assuming one of them is probably currently sitting in prison. And that person of course would be Donald Trump’s former lawyer/fixer, Michael Cohen.

I guarantee you, he knows whether or not this story is true. So it may be worth it for investigators to go pay a visit to that prison and call him in for a couple of questions. Donald Trump has lived his entire life like this. He’s living his life in the White House like this. He thinks he can do anything he wants, get away with anything that he does because he has, he has lots of money. People have already gone to jail for this scheme, but I think it’s about time that a couple more specifically from the Trump organization go into a perp walk as well. If this story is true, if this story is accurate, which according to the people who engaged in the bribery say it is, then yeah, it’s time for some real serious investigations. Let’s ramp those up. Let’s add this new material in there because Trump’s not going to be president forever and the day he steps out of that office, the day the next president is sworn in, New York investigators need to be waiting there in Washington DC with handcuffs and a paddy wagon to bring him back to New York.