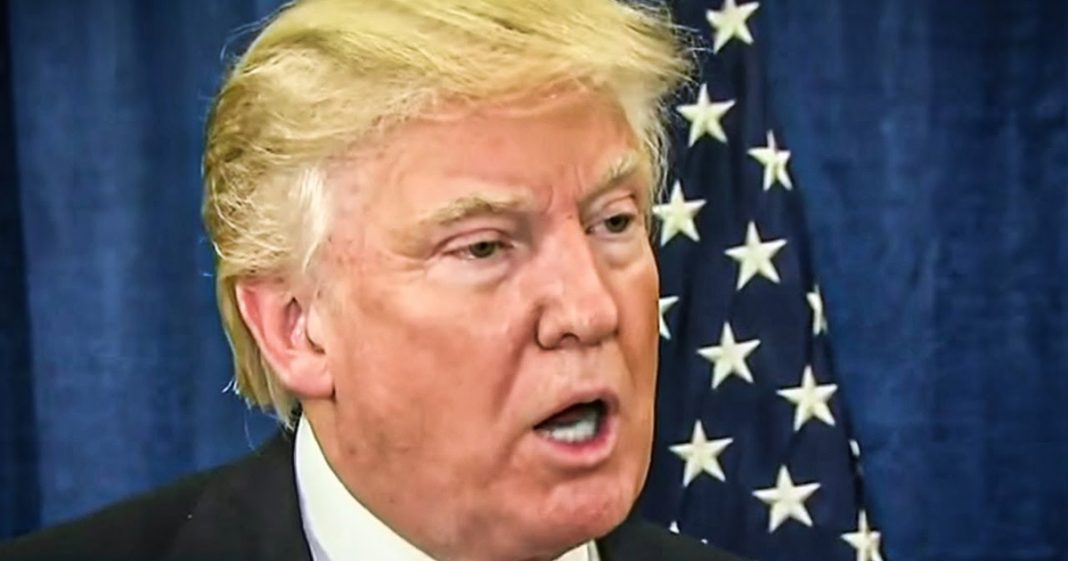 According to a new poll, a majority of Americans agree that Trump is lying to us about the coronavirus and that he cannot be trusted to handle the pandemic. This could spell certain doom for Trump’s reelection campaign if he can’t get a handle on this situation. Ring of Fire’s Farron Cousins explains what this pandemic could mean for the 2020 elections.

Donald Trump’s dismal response to the Coronavirus outbreak has certainly put Americans on edge, probably more on edge than we would be during this pandemic if we had somebody even mildly competent sitting in the White House and according to the latest polling data, 53% of people in this country do not trust the president to either handle this crisis or to tell us the truth about what’s happening. Those are two startling admissions by a majority of people in this country. So let’s start with the won’t tell us the truth about what’s happening. Well, we already know that that’s happened. This man has gone out there and he’s lied. He’s tried to say that the world health organization was lying to us about the death toll. He told us that the whole thing would blow over and we’d have close to zero cases in the United States. That number is climbing by the day. He told us that this would all be gone in a couple of weeks. It obviously hasn’t and we found out towards the end of this week that he was actually forcing the government to classify all of their briefings and discussions about the Coronavirus so that he could hide information from the public.

So yeah, we know that Donald Trump is lying to us. We know that he does not want us to know the full extent of what is happening or what could potentially happen and by doing this, he is leaving Americans to die. Now on the second front, don’t trust him to be able to handle this. Well, I think that’s a given too. This man has not been able to handle a single catastrophe that came his way. You know the very first test he got was hurricane Maria, Puerto Rico. And what did he do? He blamed the local governments. You know, the governor of Puerto Rico. He blamed the mayor of San Juan. This is your fault. You’re corrupt, you’re horrible. That’s why your city got destroyed by a hurricane. Somehow this is you’re doing. Here, let me throw you some paper towels. That’s how that man responded to that. He withheld aid for the Island to this day, by the way, withholding millions and millions of dollars in aid to them because he’s got some kind of grudge against them.

The next test he had, California wildfires, right? How did he respond to that? He blamed the liberals in California just like he blamed the liberals in Puerto Rico. Oh, you mismanaged your forest. You weren’t out there raking and vacuuming the forest, even though that’s the federal government’s job to do, don’t tell that moron, and he blamed them and then he withheld FEMA funds from them and right now he’s doing the same thing with Coronavirus. He’s out there blaming liberals. He has blamed Barack Obama this. He is withholding money by saying, nope, Medicare cannot be used to cover any of this. That came out Friday morning. He doesn’t want Medicaid and Medicare to have to pay for any of this Coronavirus stuff. His response to disasters is always the same. Find a liberal to blame, withhold money and then hope it disappears and people forget about it. But we’re not going to forget about it.

Hopefully people don’t forget about it by the time we hit November, but I honest to God, unless this thing lasts that long, they will forget. Just like everybody’s already forgotten about impeachment, and that was only two months ago, folks. A lot of people gave me a lot of crap for saying, everybody’s gonna forget about impeachment by November. Yeah, guess what you’ve all done without even realizing it? You forgot about impeachment. That’s how fast things move. Yeah, sure, maybe it took a pandemic to help you forget about that, but folks, there’s going to be other big news things that happen between now and then that could very easily make people forget about this if it goes away. I’m begging you for the love of God, don’t forget it. Don’t forget the incompetence. Don’t forget the disgusting lies from this administration. Right now the public is on our side and we’ve got to keep it that way.