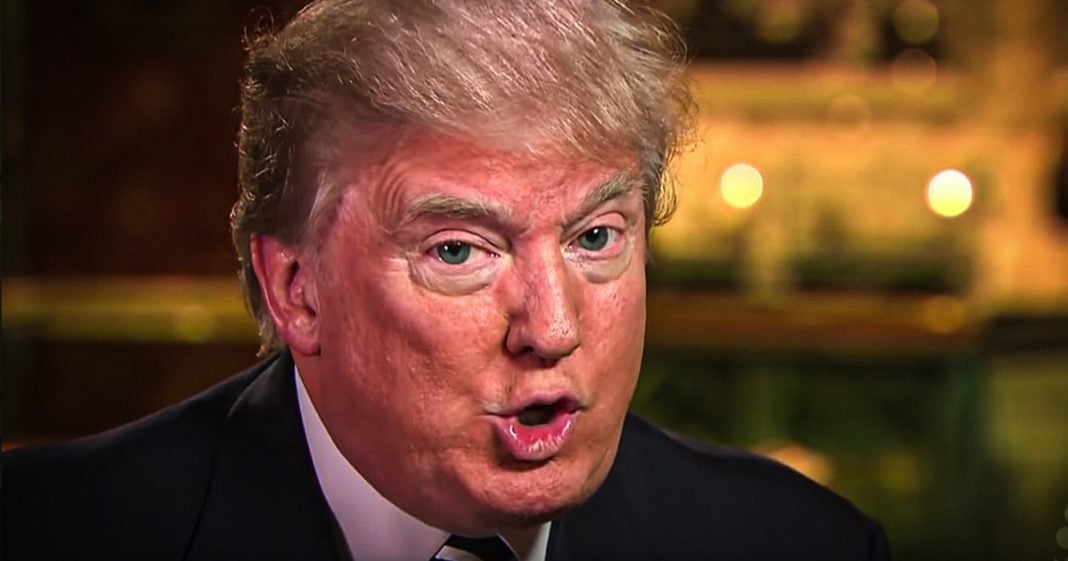 The White House is trying to figure out how to protect this country against the viral outbreak, but they aren’t worried about people as much as they are worried about the wealthy elite. This week, Trump has proposed both a 0% payroll tax and a bailout for the fossil fuel industry to ease the losses they are experiencing from the virus. This will do NOTHING to help either people or the economy, as Ring of Fire’s Farron Cousins explains.

For the past week, Donald Trump has been meeting with professionals trying to figure out how to respond to the Coronavirus outbreak here in the United States. Unfortunately, the professionals he’s meeting with aren’t actually from the medical field or any scientific field. No, no, no. He’s meeting with business leaders. He’s meeting with Republican lawmakers who all routinely deny science. He’s not meeting with anybody who knows what’s going on or knows how to respond to this or knows how we should take action. Instead, he is focused solely on the economic problems created by this outbreak and this week he has proposed two different ideas on how we should deal with American citizens getting sick from this pandemic. The first one is he has proposed to Republicans in Congress a 0% payroll tax for the rest of this year. Meaning he wants to cut taxes to stop the Coronavirus. He’s also a little bit worried about our poor little fossil fuel industry because the price of energy is tanking.

So he has also proposed a bailout for the fossil fuel industry, specifically for the fracking industry. Because you know, the virus has hit the frackers really hard, allegedly. This is an industry that has already subsidized by the federal government to the tune of $20 billion per year and Trump wants to throw a little bit more money at them because all those poor guys, there’s a virus out there. They need some money and all these big businesses out there, we need to cut their taxes because, you know, viruses and whatnot. For the last several years, I have joked about the fact that the Republican response to everything is just to cut its taxes. You know, oh my God, a hurricane’s coming. Cut its taxes. That’ll stop it. And it was mainly a joke because cutting taxes is the only idea Republicans have had since the 1980s, but this is kind of scary because my little parody of them has become reality.

He’s literally trying to cut taxes to help stop the virus. That’s the plan, folks. We’re going to cut taxes and somehow that’s going to make things okay. No cutting taxes, first and foremost, it’s not going to do anything to even help the economy that’s tanking. We, we saw that. If it did, we would have seen it happen in 2017 when they passed the tax cut package. It didn’t. Didn’t happen during the Bush years when they cut taxes on the wealthy. Didn’t happen during the first Bush years or the Reagan years or any other time in American history. Cutting taxes does not lead to economic growth, folks. Trickle down economics is not going to stop a pandemic, but Trump thinks it will and that’s all he’s concerned about is the money issue. He doesn’t care about the people out there getting sick. He doesn’t care about the people out there dying. He just wants make sure that the economy stays strong because if it doesn’t, he has no path whatsoever to reelection. So if he can right this ship before November, he’s pretty confident that he’ll win. Unfortunately for him, by that point, thousands of American citizens may have already died from this virus, but hey, at least businesses will get another tax cut out of this.