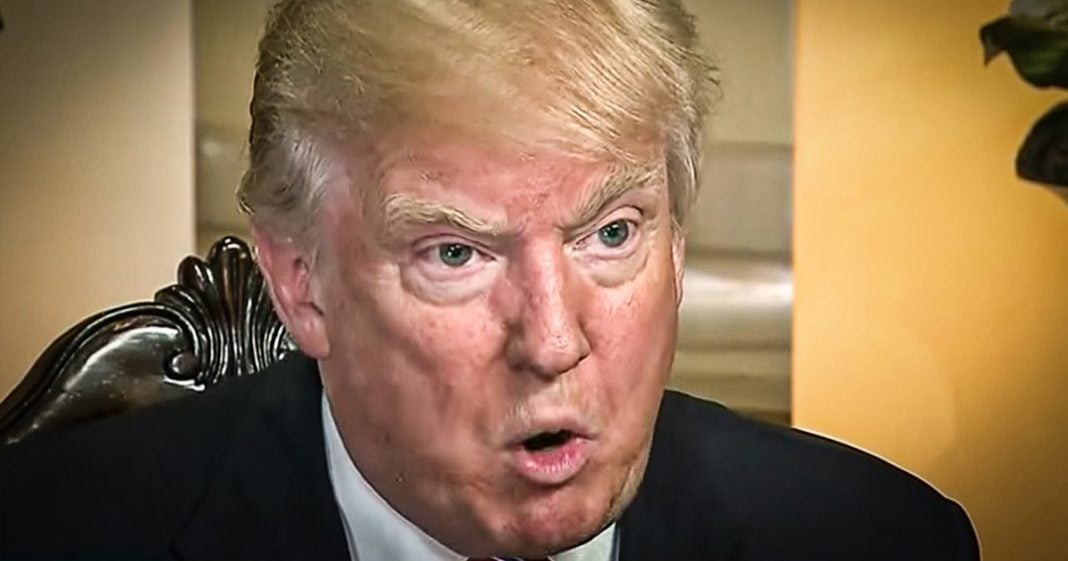 Republicans are in panic mode as the stock market continues to have wild ups and downs due to Trump’s bumbling of the pandemic response. If their donors get antsy, it could mean that the campaign checks will stop coming at a crucial point in election season. Could this be the final straw for Republicans? Ring of Fire’s Farron Cousins discusses this.

We have seen Republicans in the House and the Senate overlook all kinds of egregious behavior by the president. You know, they, they overlooked the whole Ukraine scandal. They overlooked all the crimes that were actually listed in the Mueller report. They overlook his brash and bizarre behavior on Twitter, the personal insults he throws at people. Heck, they even overlooked his horrid responses to hurricane Maria, hurricane Harvey, the fires in California where he then just started yelling at California and blaming them for it. They have overlooked a lot, but we have now found something that Republicans are no longer willing to overlook with Donald Trump, and that is his disastrous response to the pandemic. Oh, don’t worry folks. It’s not because they’re actually worried that people are going to get infected by this virus. No, no, no. They’re worried because the stock market keeps crashing and sure, we see really, really horrible days.

Lots of people lose a lot of money a day or two later, things kind of tick back up, but then it immediately crashes again. The market is too volatile for Republicans to put up with anymore and they’re now panicking because they believe that Donald Trump is going to cost them reelection this year. This might actually be the story that gets Republicans to once and for all turn against Donald Trump. But again, it’s not because they care about the public. It’s not because they’re scared for our health, it’s because they’re scared that their wealthy donors are losing tons of money and that means that those campaign checks might dry up at a crucial stage in the 2020 election process. That’s what Republicans are worried about and to be honest, they should be. The only thing the Republican party had going for them was that the economy looked good on paper and that the stock market was strong.

But since most of the stocks in this country, over 85% are owned by the top 1%, it only really benefited the wealthy people. And now those wealthy people are losing lots of money and those are the same wealthy people who fund Republican campaigns. And this is going to be a hard fought year for both parties. And if Republicans realize that their money is drying up because the wealthy elite are getting angry because Donald Trump keeps tanking the stock market with his bumbling buffoonery, then yeah, those checks are going to stop. People like Ted Cruz and Mitch McConnell and Rand Paul are suddenly going to find out that, uh-oh, the money’s not there. And I know for Ted Cruz and Rand Paul, they’re not actually up for reelection this year, but it could hurt them in the long run and it could hurt plenty of other Republicans in both the House and the Senate. And as long as Donald Trump keeps acting like a complete moron with this virus response, the Republicans are going to hurt and eventually it is going to cause them to turn on the president in a way that we have not yet seen. And it’s sad that it took wealthy people losing money for this to happen, but hey, at least it’s finally happening.