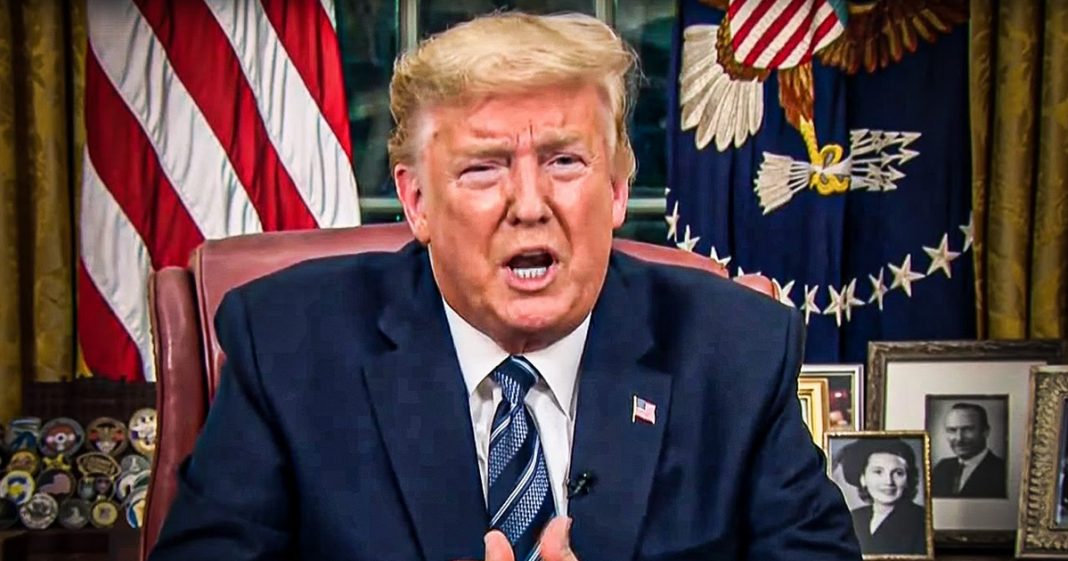 The Trump administration is panicking about the stock market crashing, so they announced on Thursday that they would be pumping $1.5 trillion into the banking system. They had hoped that this news would result in a stock rebound, and it did…for less than an hour. Now the government will be out $1.5 trillion with absolutely nothing to show for it. Ring of Fire’s Farron Cousins discusses this.

Yesterday, Donald Trump announced that the federal government would be injecting roughly one and a half trillion dollars into the United States economy, basically through banks and through the federal reserve buying up securities and bonds and things of that nature. And he did it because the stock market was absolutely crashing to the ground early Thursday morning. And they wanted a bounce, right? They needed that bounce and unfortunately he got what they refer to as a dead cat bounce because even with one and a half trillion dollars going in, $500 billion almost immediately, this is what they got. This is a tweet with a graph from our good friend David Pakman, showing what kind of bounce they got and precisely how long it lasted. And as you can see from the graph, it lasted less than an hour. One and a half trillion dollars for less than an hour’s worth of a bump in the stocks. That’s it and then it disappeared. Then it kept crashing.

Folks, to put that in perspective, do you know how much student loan debt is held by Americans here in the United States? One and a half trillion dollars. They could have used that money to wipe out all of the student loan debt in this country and instead they’re using it to make sure rich people don’t lose more money, and unfortunately they did. So we’ve essentially wasted this money. Now again, the fed still has to go through and start buying up these financial devices and, you know, weird, confusing things that the stock market does and it’s not going to mean anything. And that’s what the stock market warned us about yesterday. It doesn’t matter. It’s not going to save the economy, it’s not going to save the stock market. They simply don’t care and part of the reason for that is because we have such an incompetent buffoon running the federal government that even one and a half trillion dollars isn’t going to be enough to save him.

Now here’s the thing. We could have, as I mentioned, spent that one and a half trillion wiping out every penny of student loan debt in this country. But we didn’t. We could have used it to, I don’t know, maybe invest in medical science. Try to come up with a cure for a vaccine, something, anything. But we didn’t. We could have used it to buy testing kits. You know, we’re, we’re grossly behind the rest of the world in terms of testing our population for this pandemic. But no, we decided to spend that money because rich people like Trump himself were losing lots and lots of money and average Americans were losing tons of money off of their pensions, their 401ks. The stock market crash is unfortunately a big deal. Most of it related to the wealthy elite of this country losing money that I do not care one, one bit about, but I do care about the people who have their 401ks in the stock market, their pensions.

My mom texted me this morning to let me know that her very meager 401k lost $500 yesterday. And because her 401k is rather small, that’s actually a huge percentage of the money that she had and it’s gone because of Donald Trump, because of his lackluster response. Because of the fact that one and a half trillion dollars being used to buy up financial devices and some of it’s going to be used to increase liquidity with the banks so that they can start lending more to small businesses. None of that is going to help. None of that is going to help with what’s happening in this country today. It’s not going to save the economy. It’s not going to prevent people from getting sick. It’s going to do absolutely nothing. Donald Trump is going down in flames and he is bringing this entire country with him.