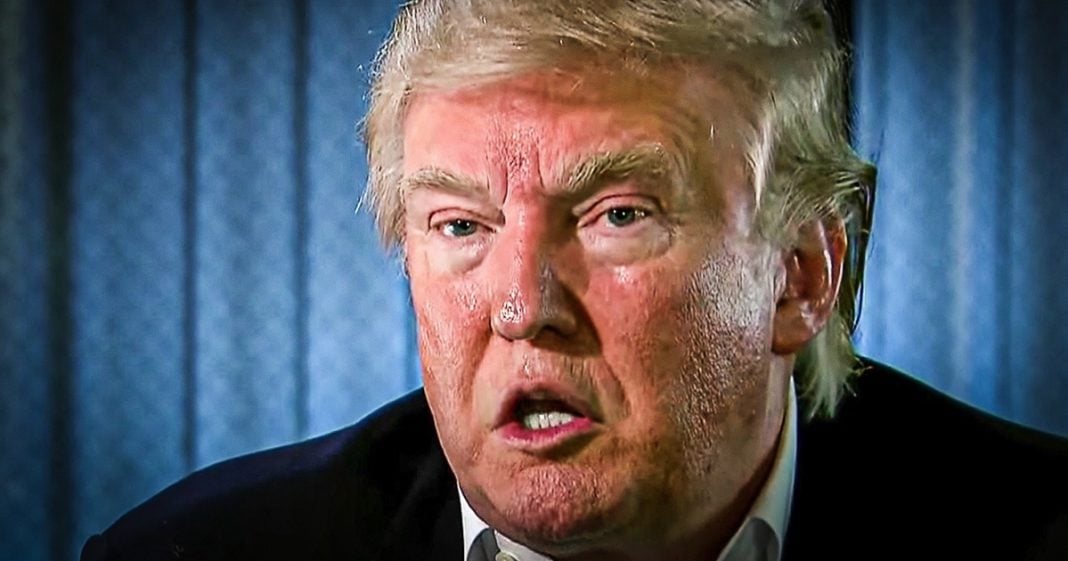 Donald Trump is freaking out about the pandemic, and with the public agreeing that he’s screwed everything up, he’s getting desperate for someone to blame. And he lashed out at both the Center for Disease Control and Barack Obama, saying that they failed in past responses and they were WAY worse than Covid-19. The man is panicked, and his panic is only going to make things worse. Ring of Fire’s Farron Cousins discusses this.

So the United States really hasn’t been doing well since Donald Trump took to the airwaves on Wednesday evening and issued his Coronavirus address and basically made things so much worse than they already are. So after a day and a half of panicking, Donald Trump took to Twitter, because it’s the only thing he knows how to do, to kind of tell everybody who’s really to blame for this lack luster and life threatening response from this administration. And according to Trump, it is both the CDC and somehow Obama. Here is a set of tweets that Donald Trump sent out early Friday morning. For decades the CDC looked at and studied its testing system, but did nothing about it. It would always be inadequate and slow for a large scale pandemic, but a pandemic would never happen they hoped. President Obama made changes that only complicated things further. Their response to H1-N1 swine flu was a full scale disaster with thousands dying and nothing meaningful done to fix the testing problem until now. The changes have been made and testing will soon happen on a very large scale basis. All red tape has been cut. Ready to go.

And these tweets were meant to, you know, calm the public’s fears and these tweets are also absolute lies. The Obama administration had a swift response to swine flu. In fact, a good friend of mine, two good friends of mine actually, came down with swine flu and were immediately quarantined in their home by the CDC. Big yellow tape all around it. They were not allowed to leave. We had to go and drop food off for them on their doorstep. Yeah, they had this thing under control almost immediately and yes, people died, but people also got treatment. There wasn’t widespread panic. We didn’t have all the food and toilet paper shortages that we’re seeing today. There wasn’t a run on hand sanitizer. The stock market didn’t lose 11 and a half trillion dollars in less than a month. All of those things have happened under Donald Trump because he is incompetent and the public understands that.

They see that this man is not equipped to handle this kind of disaster because he has never in his life had the handle anything like this. Not saying past presidents have, but being from politics themselves, they have had to deal with catastrophes and they have watched very closely as others have handled them. Trump didn’t do any of that and he’s lying about the CDC and their testing. The CDC has tried to come out and warn us repeatedly. The CDC is trying to get things done but Donald Trump is the one impeding them. But of course he can never take the blame. It can never be his fault and his arrogance and his incompetence are getting American citizens killed. He is the one holding back information. He is the one lying to us about the severity of it and he is the one binding the hands of the CDC by putting a guy like Mike Pence in charge of the response.

Mike Pence doesn’t even think that smoking kills people, according to a paper he wants wrote, and we’re supposed to trust these two buffoons with this response. Absolutely not. The stock market crashing is an obvious response to what happens when you have a moron in charge of a crisis and that is what we are dealing with in this country now. And according to the latest polls, most people agree with me on this issue. They do not believe the lies coming out of the Trump administration. They do not think that anyone else is to blame for this, and they do not think that he is going to be able to pull off any kind of meaningful response to this until it’s too late.