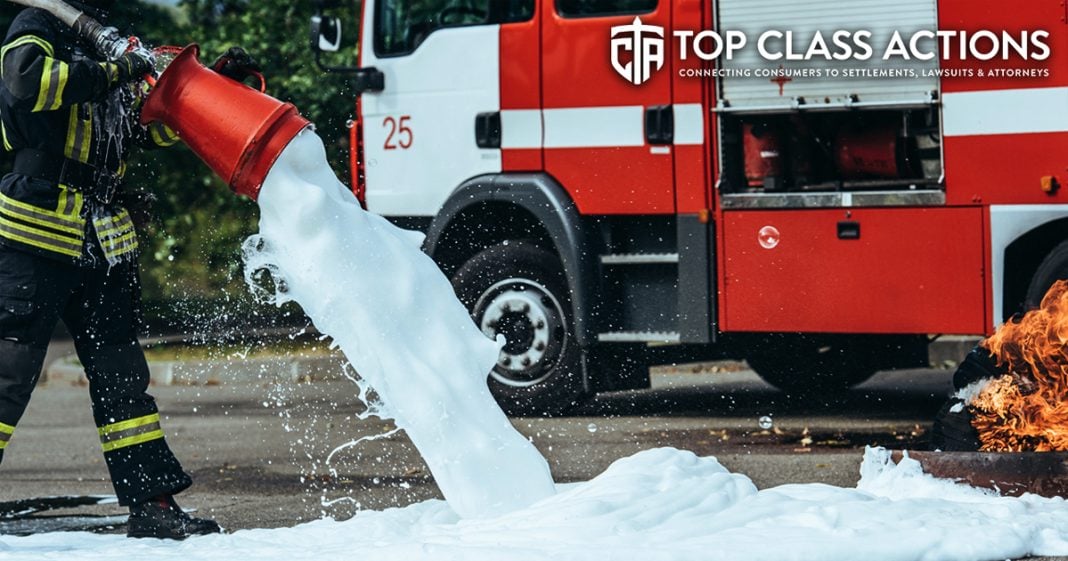 Farron Cousins:                  More and more reports keep piling in about the dangers of PFOS and PFAS chemicals. And unfortunately the new studies have shown that virtually all American citizens have been exposed to these chemicals and most of us have trace amounts of them in our bodies right now. Obviously these chemicals being everywhere has sparked a ton of lawsuits. And joining me now to talk about one of these lawsuits and the investigations regarding these chemicals is Scott Hardy with Top Class Actions and Scott, as I mentioned, we’ve got lots of lawsuits out there. Some against corporations, some against, you know, or working with I should say, cities and States because these chemicals are all over the place and, and people don’t seem to understand just how widespread they really are and certain members of the population are at a higher risk of being exposed to these than others and that’s where we’re focusing today. This stuff, PFOS PFAS chemicals are used widely in firefighting foam. So take it from there. Why, why is that such a huge risk for the population?

Scott Hardy:                          It is. I mean, we’re talking about AFFF, not Alf, which I know is your favorite cat eating alien from the 80s. No, AFFF is the aqueous firefighting foam that firefighters use to combat, could be oil fires, other, you know, fuel fires. It’s very common to be used on airports and they use this firefighting foam to, to just completely wipe out any kind of liquid related fire. So this foam, as you said, has PFAS in it. It’s been connected to having to C8 in it and we’re seeing firefighters around the country coming down with a wide variety of different cancers because we know C8 is carcinogenic. Right? So we know what’s causing, or connected to a lot of different cancers. And so now what attorneys are doing is they’re saying, hey, if you’re a firefighter and you used this aqueous firefighting foam, then there’s a good chance or there’s a chance that that cancer that you were, that you were diagnosed with may have come from that exposure.

Especially if you were using this a lot. You know, it’s used in training a lot. Airport firefighters use these things on a regular basis and use this material on a regular basis. So they’re exposed to it regularly, much more than you might think that your, your neighborhood firefighters’ using it. But they have to use it as well. If they’re going to a car fire, they might not be using water to put that out. They might be using this same firefighting foam. So it’s, it could be your, your neighborhood firefighter, it could be an airport firefighter, it could be a military firefighter on a base. All of these people are exposed to this carcinogen, which is in this firefighting foam.

Farron Cousins:                  And, you know, you mentioned the military there and I think that’s where we’re seeing a lot of these cases arise right now is because this stuff is used, you know, by the, by the truckload, almost at military bases. Some of it for training purposes, if you live in an area where there is a military base, usually they have firefighters go out there to practice. You also have the firefighters that are part of the military that use this and so it’s not just the, the actual firefighters either there, we’re seeing it start to seep out into the communities around these military bases. It’s being found in the soil. It’s being found in the water. So, you know, this is a huge area of litigation because it’s not just the people getting sick, it’s the declining property values of people who own homes near these areas that are now, you know, crazy contaminated. So there’s a lot of, I guess liability at this point, and it just seems to be getting bigger and bigger.

Scott Hardy:                          It’s true. I mean, right now this investigation that we’re running is just targeting firefighters who have been diagnosed with bladder cancer, breast cancer, kidney cancer, leukemia, lymphoma, neuroendocrine tumors, pancreatic cancer, prostate cancer, testicular cancer. Basically, talking with the attorneys who are running this investigation specifically, they said if it’s anything other than just simple skin cancer, then we want to talk to you because there may be a connection to this firefighting foam. And like you said, you’ve got homeowners that are, are nest to these airports. Next to these areas where this is used on a regular basis and they could be seeing decreased values because all of this foam just goes right into the water table and that creates a big problem for communities.

Farron Cousins:                  Absolutely, and that’s why, you know, one of the reasons they call these things forever chemicals is because they don’t break down. They don’t break down in the human body. They do not break down in the environment. They are there forever. You know, unless you physically come and remove them, which so far we’re not seeing a ton of success in that arena. So this is something that is, is going to get much bigger. Obviously we saw the C8 cases that happened up in West Virginia. That was a huge, huge loss for DuPont and 3M, the manufacturers of C8. And now we’re looking at possibly this kind of litigation going country wide here in the United States because these things are not just used in C8. They’re used all over the place and the place where it’s all starting right now as we’ve talked about, seems to be with the firefighters, the military and those. And that really is just the stepping off point at this, at this stage of it, right?

Farron Cousins:                  And for more information about this, please follow the link at the top of the description of this video. Head on over to Top Class Actions and while you’re there, make sure you sign up for their weekly newsletter. Scott Hardy with Top Class Actions, always a pleasure talking to you. Thank you.