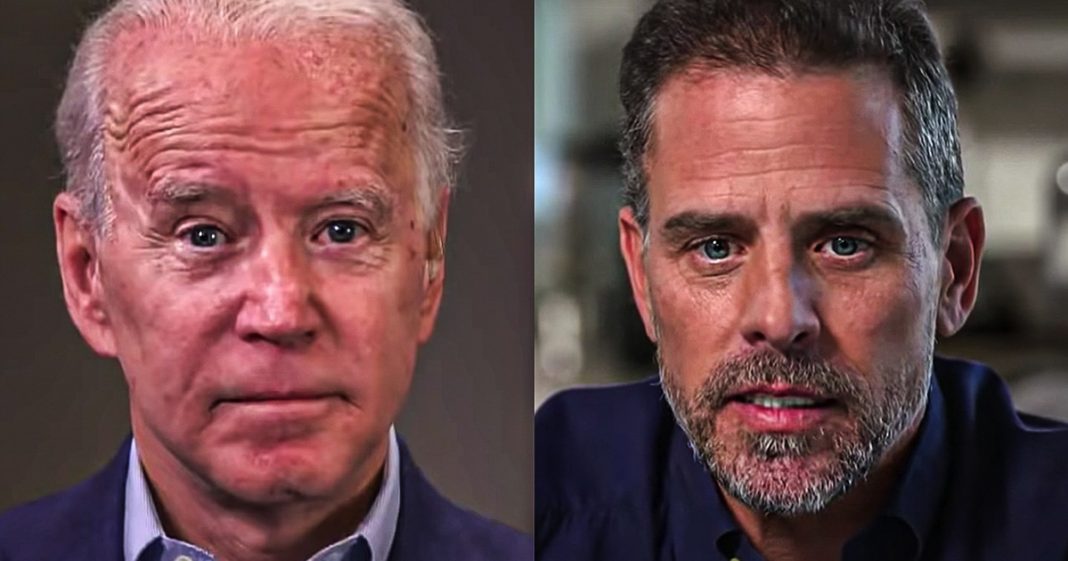 The world is a little distracted right now with a pandemic at our doorsteps, but the government is still running along. Republicans in the Senate are still working, and what they’re working on should give Democratic voters cause for concern. Republicans in the Senate are currently carrying out investigations of both Joe Biden and Hunter Biden and their dealings with Ukraine, showing that the GOP is not going to let Biden do ANYTHING if he becomes President. Ring of Fire’s Farron Cousins explains what’s happening.

I do not think Joe Biden is a good candidate and I do not think the Democrats who are out there still voting in the primary should vote for him because I think he’s a very bad and weak candidate against Donald Trump. You may disagree with me and that’s fine, but let me go ahead and explain a little bit why I feel that way about Joe Biden. Right now, the United States Senate led by Republicans is currently investigating Joe Biden and Hunter Biden for their connections and business dealings in Ukraine and this is an investigation that I don’t think many people in this country understood was actually happening. But yes, there is a real investigation going on by Republicans in the Senate to see if Joe and Hunter Biden may have broken the law. Now, as I have repeatedly said, I do not think there is a shred of evidence that suggests that either Joe or Hunter broke the law and if there is evidence then it sure as hell hasn’t been uncovered yet.

This is a political witch hunt because they want to take down Joe Biden. But as I have also repeatedly said here on this program, perceived baggage, imaginary baggage is still baggage because you go out there and you talk to average Republicans in this country, you mention Joe or Hunter Biden, they think they broke the law. Just like they thought Hillary broke the law with her emails, even though she didn’t, it still became a major issue. It was a complete fabrication, but it helped cost her to white, the White House and I think the same thing will happen with Joe and Hunter Biden. Earlier this week you had Senate homeland security committee chairman, Ron Johnson, actually decided he wasn’t at the moment going to subpoena a Ukrainian official to come and testify as part of this investigation because he wanted to take caution and wait a little while to see how the rest of the events unfolded and what’s weird about this is yes, obviously the Democrats pushed back, but he had the Republican support for it.

Even Mitt Romney who’s on that committee was in favor of subpoenaing this Ukrainian official to come on in and testify about old Joe. So even those moderate Republicans in the Senate are still on board with this investigation, folks. Yes, again, it’s a phony investigation, but once all the hysteria in this country dies down a little bit, this is going to be the main focus. This is going to be the thing that people are talking about and Republicans are going to take their sweet time with it to milk it as much as possible until probably after the election at some point coming out and saying, well, we didn’t find anything we could really, you know, indict him for. Kind of like what they did with Hillary. They let the investigations go on and on and on and on and on until after the voting ended. Then said, yeah, we got nothing.

It’s going to be the same with Biden, but this is going to take a toll on him in the general election if he is our nominee. Again, I do not believe for a second Joe Biden did anything wrong. I do not believe that Hunter Biden did anything wrong. In fact, he wasn’t even on the board of this company when they were alleged to have done wrong things. But that’s not going to stop Republicans from thinking this and we need to keep that in mind. I know it’s a hoax and you know it’s a hoax and Democrats out there know it’s a hoax. But it’s the Republicans and the moderates and the independents that we have to worry about because they believe this is real and if they believe it is real, then it does become very real and a very big problem for Joe Biden’s campaign.