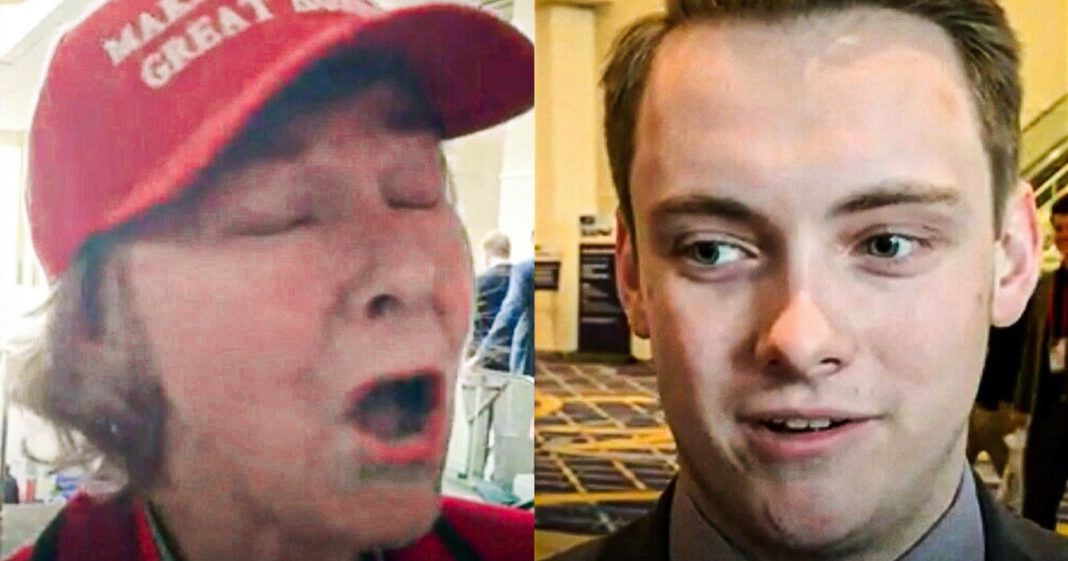 The Washington Post has put together a video of Trump supporters claiming that the coronavirus is just a hoax that the media has made up in order to hurt the President. And it wasn’t just at CPAC – his followers online are making similar claims. This is dangerous and could easily lead to an increase in the number of cases, as Ring of Fire’s Farron Cousins explains.

Recently, Washington Post media critic Erik Wemple attended CPAC and he is now in a self quarantine because obviously you had an infected person at CPAC, but what Mr. Wemple compiled was some footage of all of these die hard Trump supporters. Some of them actually wearing their MAGA hats, talking about how the media has created the Coronavirus as just another way to try to get Trump out of office. Here is what Erik Wemple from the Washington Post compiled.

Terrence Wirtz:                  Sure they would. I mean, they’ve equated him with Adolf Hitler. Why wouldn’t they try to do that? Anything to get rid of Donald, president Donald Trump, yes.

This is very dangerous for very obvious reasons. Some of the people actually featured in that clip look to be in that age range where if you contract the Coronavirus, your chances of survival drop to only about 80% and that’s, that’s really not good odds. Right? One in five in that age range typically aren’t making it and yet here they are telling us with no facts whatsoever to back it up. They even asked, did you have an example of this? Well, no, of course not. And they’re sitting there telling us that the media is hyping this up. The media is being crazy about it. It’s just another way. Anything to get rid of Trump, right? No, that’s not what this is. This is for the love of God, protect yourself so that you don’t infect yourself or anyone else that could possibly die from the pandemic.

That’s what we’re worried about here, folks. This isn’t an indictment of Trump, although his response to this has been abysmal and just gives us further evidence why you can’t have an inexperienced buffoon serving as the president of the United States. Because bad things happen. Crises happen, and you have to have somebody who understands empathy at least a little bit to be able to respond to those things. Trump doesn’t have it. He doesn’t have the intelligence to deal with it and that’s why we’re currently in the position that we are in. But don’t tell that to the MAGA folks. Don’t tell that to the red hats because they believe this whole thing is just cooked up. Now again, CPAC was what, two months ago, right, or two weeks ago, excuse me. So maybe they’ve changed their minds since then.

Well, no, unfortunately not. If you spend any time on social media, you can see that these MAGA hat wearers are still out there telling us that this is overblown, that this is a hoax created by the media, created by the left. Anything to take down Trump. Folks, I gotta tell ya, okay, all you red hats out there. Have you seen how incompetent the media is? Have you seen how incompetent the Democratic party is? Do you think either of those groups are clever enough to create a viral hoax to try to take down Donald Trump. I mean, they had actual evidence of criminal activity and still couldn’t take down Trump. I don’t think they would have enough creativity in their brains to come up with a fake virus as an attempt to bring down the president. You’re giving them far too much credit by spreading that ridiculous conspiracy theory.