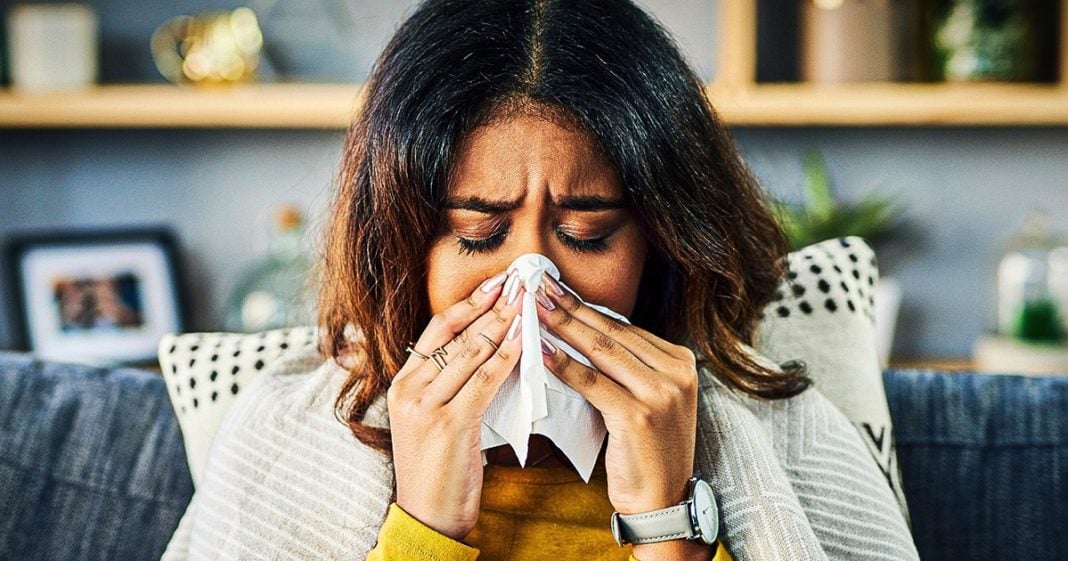 Republicans in the Senate managed to block a measure that would have guaranteed at least 14 paid sick days for employees in the United States. This move came before Trump’s speech and proposals, but it shows just how callous and cruel the Republican Party can be. These people don’t care about you, and voters need to reciprocate those feelings, as Ring of Fire’s Farron Cousins explains.

Yesterday, Republicans in the Senate decided that, no, Americans do not need guaranteed paid sick leave, even as the pandemic continues to grow. So Republicans voted down a Democratic measure that had been fast tracked, that would have guaranteed at least 14 paid sick days for every employee here in the United States. And the Republicans said, no. No, we’re not going to do that. Now, of course, later on yesterday evening, Donald Trump said he was going to work on that. You know, he wanted everybody to get paid sick leave because of, you know, the virus that’s spreading around this country, spreading around the globe like wildfire. He doesn’t have a proposal yet, but he totally is going to do it in the future. Yeah, sure. But his Republican party yesterday just told us, no, we don’t support this. We don’t think 14 paid sick days is okay for American workers, even if it means they have to come to work sick or risk not being paid and infect countless others.

That’s terrifying, folks. But it shows you just how cruel and heartless and incompetent the Republican party truly is because they don’t care. You know, we’re, we’re seeing all of this coverage of this. We, we know how bad it is. I, I’ve personally spoken to an actual physician about this who kinda ramped my fears up to 11 on it after hearing what he had to say. So yeah, this is real. People need to take precautions and one of those precautions needs to be, has to be, don’t go to work if you’re showing any kind of symptoms. Not necessarily just for you either, but the, the fear of spreading this to somebody who may not survive it. That’s the real problem, folks. When you look at the people who have died from this, yes, they skew elderly, you know, people with some kind of preexisting condition usually, not 100% of the time. So if you take a guy like me, I may not be in the best shape, but I’m relatively healthy. If I get this thing, I’m probably okay. But I could point to about a hundred people in this very building that I work in right now that wouldn’t be.

That’s the problem, folks. That’s why we need this paid sick leave and there are plenty of States in this country who do have some kind of paid sick leave law on the books, but not enough. And the problem is we do not have any kind of federal law whatsoever that guarantees, that mandates, employers give you paid sick leave. That’s a problem here in the United States. We do not have enough federal laws mandating time off for employees, not just paid sick leave either. I mean, we can get into the, you know, paid maternity leave, paternity leave, vacation time. None of that is garunteed here in the United States. You go over to Europe, you get those things guaranteed, but not here in the United States. That number is a whopping zero because the federal government refuses to act because we continue to have Republicans like the ones who voted yesterday saying, no, we don’t care if you’re sick. If you get sick, you don’t deserve to get paid and if you want to get paid, you’ll haul your sick butt into the office and do your best to try not to infect everybody else there too.