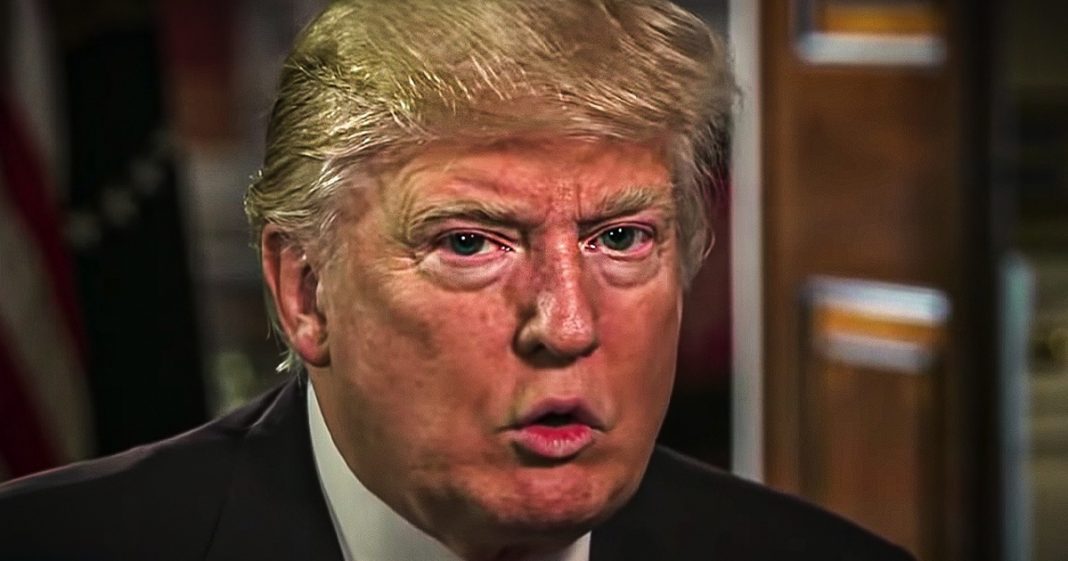 A federal judge ruled on Tuesday that Democrats in the House of Representatives can have the grand jury materials that Robert Mueller gathered and used during his investigation. This is a huge blow to Trump, as these records can easily be made public by Democrats in the House, and at the very least they could be used to launch new investigations. Ring of Fire’s Farron Cousins discusses this.

In a stunning blow to the Trump administration, a circuit court judge yesterday ruled that the Robert Mueller investigation grand jury materials can in fact be turned over to Democrats in the House of Representatives. Now, this is a very big development. Obviously last week we had a different federal judge say that, he needs to have a copy of the unredacted Mueller report to see if any of this is subject to a freedom of information act request. Now here we are just three, four days later and another judge comes out and says, you know what, those Democrats in the House of Representatives DOJ, you have no right to impede their investigations. You cannot Stonewall them. You cannot block them, you cannot deny them and therefore you have to turn over these grand jury materials. Here’s why this is very important. These grand jury materials are what Robert Mueller used to write his final report. We know in the final report that he said there is a lot of election interference. There’s no necessary indication that Trump was involved with the interference, but the reason he couldn’t make that connection is because of all of the obstruction of justice from the Trump administration.

So these grand jury materials, right, these, these depositions, these, these questionings, all of that kind of stuff that Robert Mueller and his staff did would now be available to the Democrats who sit on these investigative bodies in the House of Representatives. They can go through them, they can see the testimonies, they can see the transcripts of those and find out which exact members of the Trump administration or of the Trump campaign were obstructing justice. They can use that to determine who was lying, even though most of the liars have, you know, obviously now been either tried or charged, but they can continue their investigations and they can launch more investigations based on this. Now this is a double edged sword because the most recent polls that have come out show the Trump’s approval rating is up. Democrats approval rating is down and that impeachment actually helped Donald Trump. So the Democrats do run the obvious risk of launching new investigations and further helping Trump, making it seem like they’re still sore losers and that they can’t get over this.

But sometimes the rule of law is a little bit more important. We do need to know the truth and unfortunately, I don’t think we’re ever going to actually know the truth because of all of the obstruction. Maybe one of these people who was involved in it will do kind of a Lee Atwater thing, you know, a, a deathbed type recounting of all the horrible things they’ve done asking for forgiveness. Maybe we’ll learn about it then, but until then, we can at least hold the people recount-able, accountable, excuse me, who screwed this investigation. Who obstructed it, who impeded it at every step of the way. And that’s what this federal judge is essentially giving the green light to with the House Democrats. We know things happened. We know people acted illegally during the investigation itself. Democrats, here you go and if they’re smart, they’re going to launch more investigations or at the very least, maybe let the public know what really took place behind the scenes. Release some of that testimony so that we can have a better understanding of what actually happened before Robert Mueller released his conclusions.