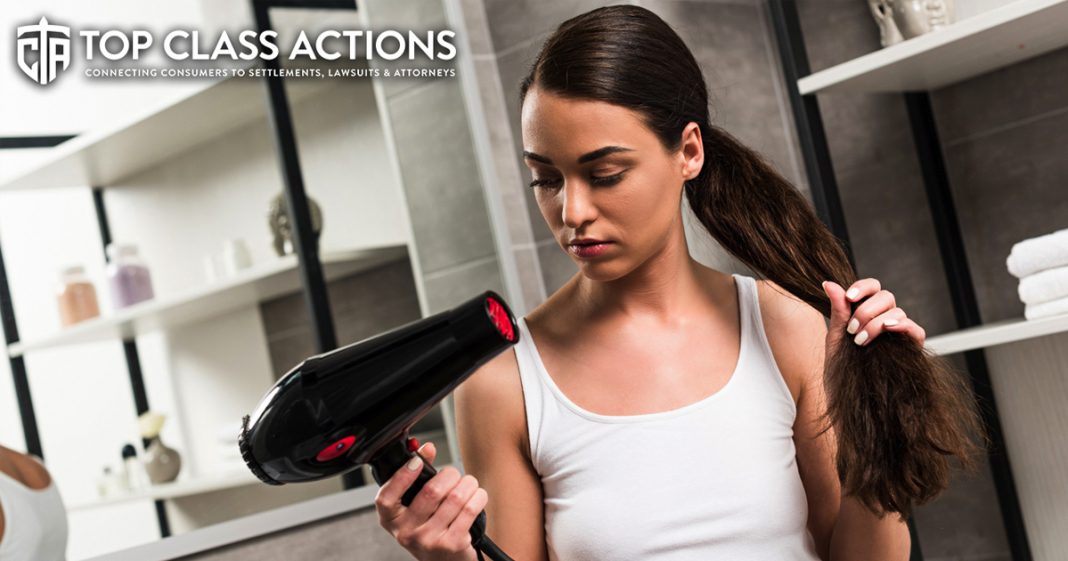 Two women have launched a Conair hair dryer lawsuit alleging the brand’s Infiniti Pro Hair Stylers Series 259Y emit sparks that can cause burns. Emily Hergert and Julie McClanahan claim sparks from their Conair hair dryers burned each of them. The hair dryers can even catch fire, alleges the complaint. Hergert alleges she purchased one of the affected Conair hair dryers in 2018. The same year, the hair dryer allegedly caught fire while she was using it, subsequently burning her wrist and forearm. McClanahan also purchased a Conair Infiniti Pro Hair Styler Series 259Y, according to the complaint. This plaintiff likewise claims that she experienced burns to her wrist and forearm after the device sparked and ignited while she was using it. Ring of Fire’s Farron Cousins discusses this with Scott Hardy, the President of Top Class Actions.

Farron Cousins:                  When you think of dangerous products in your home, the hair dryer isn’t typically one that comes to mind. But if you think about it, you’ve got this small concentrated device capable of producing intense amounts of heat with only a couple tiny mechanisms on the inside of this device to prevent it from bursting into flames. And unfortunately, when those little safety mechanisms fail, that is exactly what happens and that has sparked a new round of class action lawsuits. And I have Scott Hardy from Top Class Actions with me right now to tell us what’s happening and Scott, we’re seeing this problem with Conair hair dryers. A couple certain models of their hair dryers according to a new lawsuit are actually defective and causing burns and sparks and occasionally actually bursting into flames while being used. What’s going on with this?

Scott Hardy:                          Well, let’s rewind. Go back to 2017. It’s a great year, maybe, maybe it wasn’t. But there was a class action settlement back there in 2017 where Conair said, all right, we’ve had a tough fight. They actually beat a class action about faulty hair dryers and defective hair dryers. But then on appeal came back to bite them. The class was de-certified, but you know, they were going back and forth and Conair finally said, hey, let’s stop. We’ll put $5.4 million out there to resolve these claims of these defective hair dryers. And so those folks who had the Conair Infiniti Pro 1875 watt, 259 and 279 hair dryers were either able to replace their hair dryer or get five bucks. Well now a few years later, we see this class action get filed and once again it is for the Conair Infinity Pro hair styler series dryers and it’s the same 259Y model hair dryer.

Same problems. It’s sparking, it’s causing people to get burned, it’s causing property damage and, you know, this class action is being filed on behalf of those consumers. But right now this class action is only filed on behalf of Illinois. I know for a fact that this will greatly expand to a nationwide basis, based on some other work that some clients of ours are doing. So don’t be surprised at all to see this go nationwide shortly. But, you know, it’s interesting that the, the law firm that filed this class action is actually a personal injury law firm. So somebody called and said, hey, I was hurt. What do I do? And those lawyers at that PI law firm identified this was a good class action, didn’t just file the individual lawsuit against Conair said, no, this is a problem that needs to be solved. This is not just one, affecting one person. So let’s go ahead and file that nationwide class action to get the ball rolling against Conair.

Farron Cousins:                  You know Scott, there’s been plenty of times you and I have talked about products or services or what have you on the show and there’s been plenty of times where I’ve said, oh my God, that actually applies to me. I can, I can safely say here though that this hair dryer issue does not affect me at all. So, so I’m glad about that. But, on a serious note here, we have a company who, as you pointed out back in 2017 this same problem was there. They paid out a couple million dollars for that and said, okay, now that’s done and then apparently did nothing about it though. I mean they, they, I guess you could call it, they righted the wrongs with the consumers, but not with the product and that’s always gotta be the second step of this. You can’t just give people money and then say, whew, all right, good job guys. Everybody go home, take a half day here. You have to go back and fix the product and apparently they haven’t done that either.

Scott Hardy:                          Exactly, you know, this was the exact problem that was identified back in 2017, so that was when it was settled. You can bet the class, that the original class action was probably filed in 2015 or before. So Conair has known about this issue and for some reason hasn’t gone into their assembly line and actually fixed the problem. And now, hopefully now after the second class action has been filed, they’re doing it. But we’ll see. It’s very sad that it appears that there are still these Conair Infiniti Pro hair stylers out there that are causing sparks, potential property damage, you know, personal injury problems where people are getting burned and Conair knew about it. And I think that’s what’s going to make the damages much, much higher potentially, is that, you know, this isn’t new. This isn’t something that Conair went, oh my gosh, this is, this is brand. We, this is the first we’ve heard about it. We’re going to address it. No, this has been addressed. This was shown to them years ago. Yet for some reason they haven’t been able to fix it.

Farron Cousins:                  Well, hopefully the, you know, lawyers on this, as you mentioned, they’re personal injury lawyers, this is their wheelhouse. I, I think they’re going to do a phenomenal job on this and in the meantime, if you have this hair dryer, you know somebody who does, you’ve seen it laying around in your bathroom, even if you’re not the one who uses it. Make sure you follow the link in the description of this video, find out all of the information necessary. It may be worthwhile not saying 100% but it may be to go out, purchase a different hairdryer and save that receipt if you do, because we’re finding out more and more that these Conair dryers are not completely safe.

Farron Cousins:                  Again, follow the link in the description. It’s got all the information, the models, all of that. Save receipts if you buy a new one or if you have the one from that one, and of course to stay on top of issues like this, subscribe to the Top Class Actions weekly newsletter. Scott Hardy with Top Class Actions, Thank you very much for talking with us today.