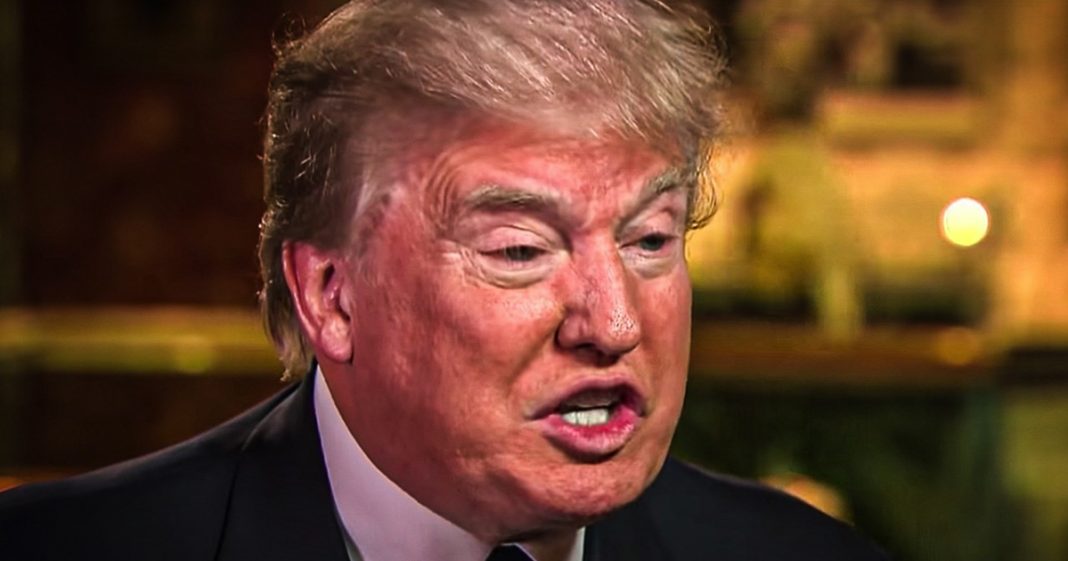 Donald Trump is worried that the viral outbreak is going to cost him reelection due to the volatility of the stock market, so he has invited some of the top Wall Street bankers to come to the White House to help him figure out how to respond to this crisis. The only problem is that people are dying, and he doesn’t seem to care about that at all, just about the stock market. Ring of Fire’s Farron Cousins discusses this.

Yesterday, the stock market crashed so hard and so fast within the first few minutes of opening that they actually had to shut it down. They just stopped. They stopped the whole dang thing because things were going South. They eventually reopened it and things continued to go South. 2000 points lost yesterday. One of the worst days in the history of the stock market and the reason this happened obviously is because of Donald Trump’s disgusting and dismal response to the COVID-19 outbreak and stocks are freaking out. The stock market is very fragile. We have to be gentle with it and Trump is scaring it. So the stock market tanks. So what is the White House doing in response? Right? Are they going to meet with doctors to find out how we can get this thing under control? No, instead they announced that they were extending invitations to all sorts of Wall Street bankers and CEOs to personally come to the White House and meet with Donald Trump on Wednesday tomorrow so that they can all come together and craft an outbreak response that isn’t going to freak out the market.

Because that’s the only thing they’re concerned about. The public’s health doesn’t matter and we know that because he put a science denier and I’m not just talking about climate change, I’m talking about any and all science in Mike Pence in charge of the response to this outbreak. And in response to that, Pence decided to put Steve Mnuchin and Larry Kudlow, two money guys, as his rapid response team. There’s no doctors. There’s no medical professionals out there advising this administration on how to move forward on this because they don’t care about the public health. Donald Trump had one good thing going for him in the 2020 election and that was that the stock market looked great, the economy looked great on paper, and now that’s all crumbling down and if we head into November and that stock market has hit new lows, it doesn’t matter who the Democratic nominee is, they’re going to win. And Trump understands that and that’s why that is his focus with this outbreak.

It’s not about helping people. It’s not about getting people tested. It’s not about making sure people are quarantined. It’s about protecting the market so that he doesn’t personally lose any more money. It’s not even about the average working people who have their pensions tied up in the stock market. That’s not the people he’s concerned about. He’s concerned about himself and that is it. If he didn’t have any money in there, if he didn’t have any investments, he wouldn’t care. But he does, so he does. But here’s the thing, folks, if you have the opportunity to talk to a medical professional about this outbreak, about what’s happening, I suggest you do it. I suggest you learn from those who understand what’s happening because you’re not going to get it from this administration. They only care about the money aspect of it and that’s not going to help anybody who actually needs help in this country. So listen to the doctors. Wash your hands, wash your hands thoroughly. Wash your hands as many times as you feel necessary.

Avoid unnecessary contact with people. Do not shake hands. I actually went to my doctor yesterday for a well visit. They have big signs up all over and says, we like you too much to shake your hand. They’re not even coming into contact with people unless they have masks and gloves on. And my doctor also told me that the government has been very slow to get them the proper masks that they’re supposed to be sending out to doctors and hospitals around this country. So they’re not optimistic either. But those are the few little bitty precautions we can take to try to protect ourselves because God knows we’re on our own with this one because Trump only cares about the money aspect of it and doesn’t care how many people drop dead because of this virus.