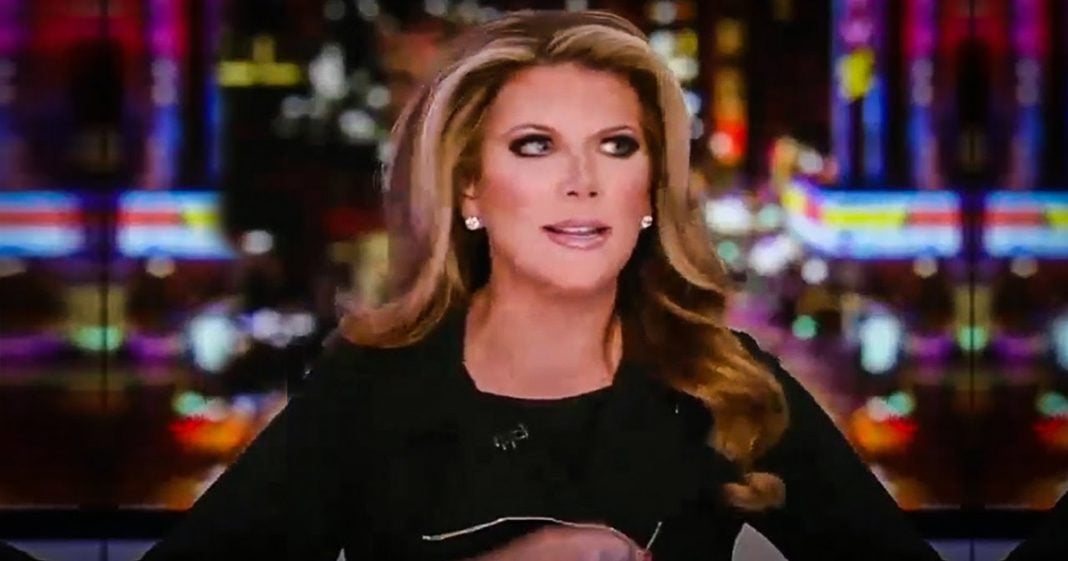 Fox News host Trish Regan has absolutely lost her mind, and viewers were able to watch it happen in real time on Monday evening. The Fox personality believes that the viral pandemic is just another way for Democrats to “impeach” the president and blame him for something bad, without acknowledging how incompetent this administration’s response has been. Ring of Fire’s Farron Cousins discusses this.

Yesterday evening, Fox news decided to go ahead and drop the veil of being an actual media network and went into full blown conspiracy, Alex Jones styles Info Wars network, and it all happened with Trish Regan. Here is what happened at the beginning of Trish Reagan’s program last night on Fox news.

Trish Regan:                          Chorus of hate being leveled at the president is nearing a crescendo as Democrats blame him and only him for a virus that originated halfway around the world. This is yet another attempt to impeach the president and sadly it seems they care very little for any of the destruction they are leaving in their wake. Losses in the stock market, all this, unfortunately, just part of the political casualties for them. You know, this is a time to be United, not to be pointing fingers, not to be encouraging hate, and yet what do we see? We see the absolute opposite from the left tonight. Good evening everyone. I am Trish Reagan. The hate is boiling over. Many in the liberal media using and I mean using, Coronavirus in an attempt to demonize and destroy the president.

Now immediately after that part of the clip, she then starts showing clips from other networks where you had Democrats and pundits talking about the dismal response from the Trump administration to COVID-19. Not once did anybody in the clips that she showed blame the president for the virus itself as she claimed Democrats were doing. In fact, there’s no evidence to suggest the Democrats think by any stretch of the imagination that Trump is the reason this is happening. But they have all rightfully called out Donald Trump’s horrid response to this. I mean, let’s be honest here Trish, Donald Trump has gone on your network and said that the world health organization is lying about the death toll. He has said that he thinks the whole thing is a hoax. He no longer thinks that, allegedly, at least not publicly, and he has tried to downplay every single thing that has happened so far to the detriment of the health of those of us here in the United States.

That’s not a conspiracy theory, Trish. That’s not us trying to re-impeach him over this. This is us acknowledging reality, which you and your network continue to refuse to do. Now, for those who are not familiar with Trish Regan, I looked back at her history. I wanted to know a little bit more about her because I didn’t know much about her and it turns out that at one point in her career following her success in beauty pageants, she then went to school, got a degree in history, and then went over to CBS, became an investigative reporter and actually was nominated for an Emmy because she was good at what she did. And then she went over to CNBC and started getting a little, you know, not as investigative, more pundit-like, and then she moved from CNBC over to Fox news and went full blown conspiracy theorist.

Again, this is a woman who had less than 20 years ago, almost won an Emmy because she was so good at being a journalist and folks, that’s what Fox news does to you. Not just poisoning the viewers who watch it, but poisoning the actual people who come onto that network. Trish Regan could have had a very strong career as an investigative journalist, but she chose money over the truth and what we saw last night is the culmination of years of indoctrination at Fox news, and that was her shedding any, any little bit she may have had left of true investigative journalism instincts. That’s gone. Trish Regan is just a another pro Trump right wing propagandist working at Fox news and the saddest thing is she didn’t have to be.