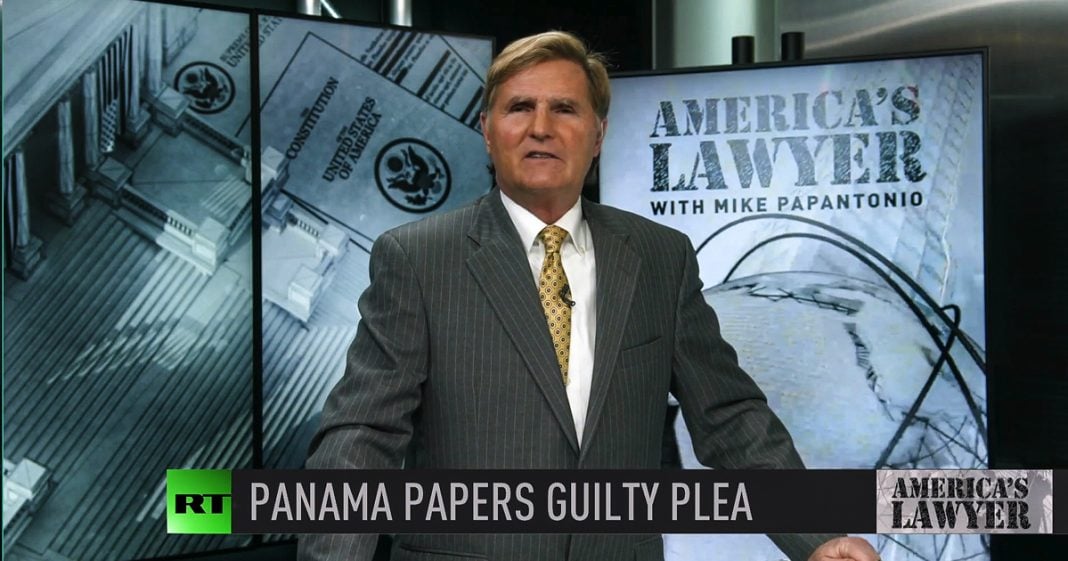 And finally tonight, some good news. Another accountant implicated by the Panama Papers has pleaded guilty to eight allegations of tax evasion, conspiracy, money laundering, wire fraud and identity theft. The accountant Richard Gaffey is now one of a handful of accountants who have had to plead guilty to criminal activity following the 2015 release of the Panama Papers. For those who might not remember what that is, the Panama Papers consisted of a release of more than 11 million documents that explained how more than 200,000 different people in businesses hid their money offshore to avoid paying any taxes at all. This included world leaders, royalty and billion dollar businesses from more than 70 different countries.

Unfortunately, this massive trove of documents and criminal activity was barely covered by corporate media and because of that, it was forgotten soon after all this information was released. Nobody took the time to really take a close look. And while it’s good that one of the architects of this scheme is going to be headed to prison, the sad reality is that not as single wealthy individual or a CEO is going to be locked up for participating in these activities. That’s one reason corporate media didn’t talk about it. The accountants have become the scape goats, so that rich and powerful, they can again continue living their privilege lives using new techniques to hide their money from the government and make all the rest of us pay taxes while they get away with paying zero.

That’s all for tonight. Find us on Twitter and at Facebook on facebook.com/rtamericaslawyer. You can watch all RT America programs on Direct TV, Channel 321 and also stream them live on YouTube. Be sure to check out RT’s new portable app that you can watch all your shows no matter what show it is right there on that app. I’m Mike Papantonio and this is America’s Lawyer, where every week we tell you the stories that corporate media is ordered, not to tell because their advertisers simply won’t let them. Have a great night.