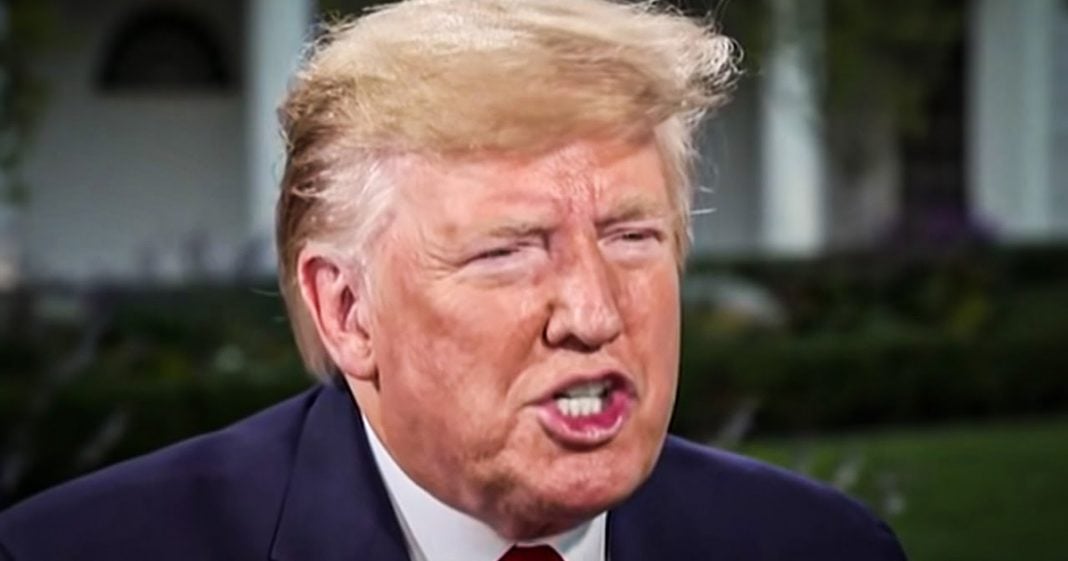 Donald Trump has been breaking the law in order to protect the Saudi Royal family and their involvement in the murder of Jamal Khashoggi. Congress has been demanding documents related to the killing, but Trump has repeatedly ignored subpoenas and requests because he understands that this would expose the deeds of the leadership in Saudi Arabia. Ring of Fire’s Farron Cousins discusses this.

According to recent reports, the Trump administration has been breaking the law repeatedly for well over the past month over the death of reporter Jamal Khashoggi. Here’s what happened, on February 20th a month after they were supposed to deliver it to Congress, the Trump administration finally handed over classified information regarding Khashoggi’s murder and the involvement of Saudi crown Prince Mohammad bin Salman. They were a month late on this. The Democrats had issued requests. They had sent subpoenas for information, and the Trump administration repeatedly ignored it. They were given deadlines, legal deadlines that they had to meet, that they failed to meet continuously breaking the law as we have seen from this administration since day one. Although again, they finally did hand this over, although it’s unclear if it contained all of the information regarding the Saudi Royal family’s involvement in the murder, but there’s another piece of this. There is another law that the administration is breaking and that is one that says that if the state department finds out that any country that the United States has a relationship with, if they are routinely violating human rights, we have a responsibility, nay a legal obligation to sanction them.

And they have identified this not only with the death of Khashoggi, but also with the treatment of women and the treatment of other minority groups inside of Saudi Arabia. They are guilty of massive human rights violations in that country. Yet the Trump administration refuses to do anything about it. They have covered up the murder and the involvement of the Saudi crown Prince since day one. They don’t want anybody to know what their friends over in Saudi Arabia did to this man. They don’t want to know the extent of the involvement. They don’t want us to know about the planning. They just want us to think that, oops, it was an unfortunate accident and let’s all move on and not piss off Saudi Arabia. There is no conceivable reason why Saudi Arabia should be considered an ally of the United States. And in fact, the only reasons that they are our allies is because they have lots of oil and they buy lots of our weapons.

And in the case of Donald Trump, they also buy lots of his condos. So he is personally profiting off of the rule breaking that he is engaging in to cover up for the Royal family in Saudi Arabia. Folks, this is a scandal. This is something that the media should be talking about. This is something that people should be paying attention to and yet nobody is. This man was murdered and his murder based on the evidence we have was directed by the Saudi Royal family itself and the Trump administration at every turn has covered this up, muddied the waters, and tried to downplay the involvement of bin Salman in this entire saga. And it’s because Trump is making money from it. These are his friends, these are his clients and he will do whatever it takes, including breaking the law, which is what he’s doing, to make sure that his clients don’t get in trouble and continue to buy his condos.