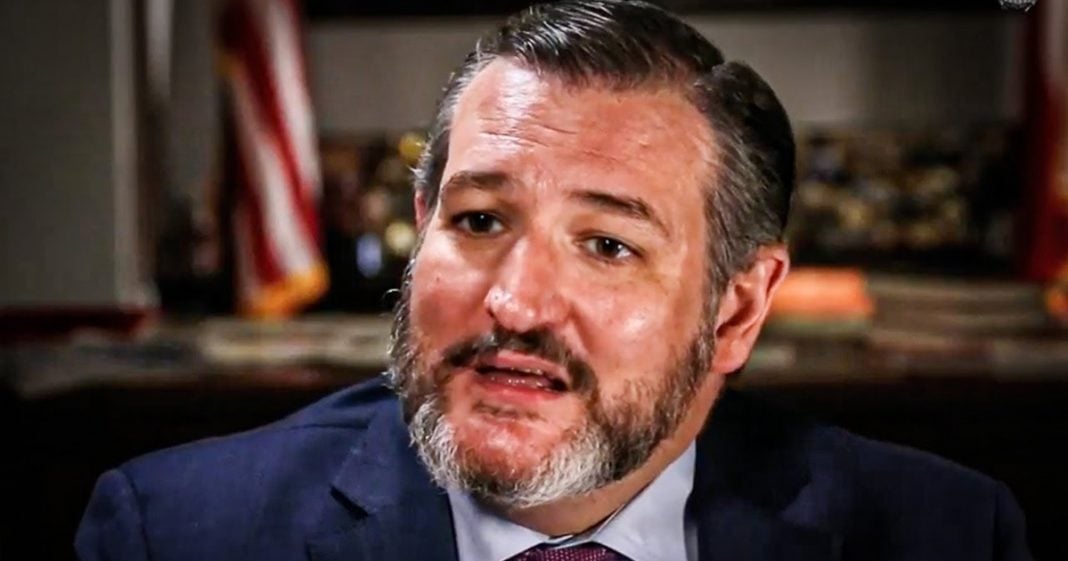 Republican Senator Ted Cruz has announced that he will be quarantining himself this week after he shook hands with an infected CPAC attendee last week. He also bizarrely claimed that he will NOT be getting tested to see if he has been infected because he isn’t showing any symptoms. Cruz isn’t the only person who was in contact with the attendee, and other Republicans have also put themselves into isolation. Ring of Fire’s Farron Cousins discusses this.

Republican Senator Ted Cruz announced yesterday evening that he is going to be quarantining himself for the next week after it turns out he was exposed to a man who was infected with the Coronavirus while attending CPAC last weekend. Now, Ted Cruz has assured us that he does not have any symptoms. He has met with doctors. They said, you are most likely good to go and that we don’t even need to test you for the Coronavirus because we’re pretty sure you don’t have it, Ted Cruz, and Ted Cruz said, great. I will do the self quarantine thing because that is what the CDC recommends, but, but folks, he’s not getting tested for it. I know Ted Cruz has the money to get tested for it, but he’s just saying, nope. They said, I probably don’t have it, so that’s good enough for me. And if that doesn’t sum up the Republican approach to healthcare in the United States, then I don’t know what does because yes, Ted Cruz, you shook hands with a man who had the virus.

Then you shook other people’s hands too, and you weren’t the only Republican there who shook that man’s hand. So did representative Paul Gosar are who has now also announced that he is putting himself under self-quarantine for the next week. Matt Schlapp, the director of CPAC, shook the man’s hand and then shortly after shook Donald Trump’s hand. There is no telling how many hands this man shook both directly and second hand throughout this entire conference last weekend. I mean, we could be looking at an epidemic that absolutely infects the entire Republican party, although let’s be honest, that is increasingly unlikely. Ted Cruz had said the reason he’s not getting tested is because it was, had been five or six days and he wasn’t showing any symptoms and since the incubation period, according to Ted Cruz, is five days and he’s asymptomatic, he’s good to go except that that’s not the incubation period. This thing could actually sit in the human body before causing any symptoms for up to a month, typically about 14 days though. But Ted Cruz thinks that because he made it five days with no symptoms, he’s, he’s totally good to go, and his doctors were the ones who told him this.

Folks, this is malpractice at this point, Ted. You do need to get tested. I don’t even like you, but I’m telling you, you need to get that test done. These are the kinds of stupid little mistakes that can lead to big, massive outbreaks. This is not a game. This is not something fun. This is not a week of vacation for you, Ted. Go and get tested. Gosar, go get tested. Schlapp, go get tested and even Donald Trump go get tested. Again, it’s unlikely that any of these men actually got infected by the infected gentleman there at CPAC, but at this point we can’t take those kinds of chances. Not to mention the fact that if, say Ted Cruz did catch the virus from this guy, he may have been asymptomatic, but at that point he would still have been a carrier and God only knows how many people Ted Cruz came in contact with in those five or six days before he decided to lock himself away for a week. We don’t know, and we don’t even know if Ted Cruz has it because he won’t even get tested.