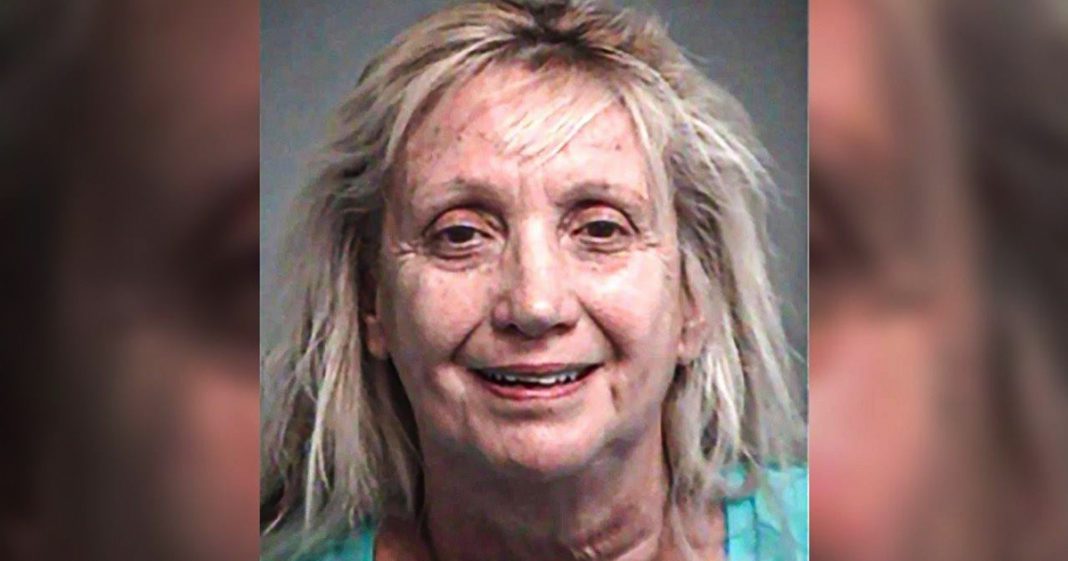 A Republican in the state of Florida has been arrested after she was found to have been changing voter registrations that she had collected, most of which involved changing registration from Democrat or Independent to Republican. The voters had no idea that this was happening, and now they have to go and change their registrations. Why is it that everyone busted for voter fraud turns out to be a Republican? Ring of Fire’s Farron Cousins attempts to answer that question.

Last week, a woman in Florida was arrested after it was discovered that she was changing people’s voter registrations from Democrat or independent over to Republican. Now, this woman was part of a voter registration drive with a group called Florida First, which was heavily funded by a group called America First Policies, which is a PAC that heavily supports Donald Trump. So yes, this woman was in fact a Republican being paid by Republicans who also give money and support to Donald Trump. They were out there in the state of Florida registering new voters and she wasn’t happy about the fact that the people she was registering didn’t want to sign up as Republicans, so she just decided to sign them up as Republicans and she was charged on 10 counts, which means they were able to find 10 instances where they know for a fact she changed people’s registrations. But a supervisor of elections down in South Florida said there is likely up to 109 at least instances where this woman, this one woman, changed people’s voter registrations.

They don’t know the full extent of it yet because not everybody has gotten their cards in the mail and when they have been, they’ve been calling in saying, hold up. I didn’t register as a Republican, but right here on my voter registration card, it now says I am. What happened? And those calls are becoming more and more frequent and the supervisor of election I mentioned, he actually thinks that it wasn’t just this one woman. He thinks that this entire group has been doing this regularly. For those who don’t know, Florida is a closed primary state, meaning only Republicans can vote for the Republican in the primary. Only Democrats can vote for the Democrats. Independent, sorry, you don’t get the vote for anybody. So this switch in registration, especially with our primary, you know, a little over a week away, this is a big deal. So these people who had registered as Democrats weeks and weeks ago before the deadline, they can’t go vote in the primary now because this woman robbed them of that opportunity in order to help out the Republican party. That’s insane.

This woman and everyone else at this organization who is doing this, and again, the supervisor of elections believes that this group, Florida First funded by America First Policies just to remind everybody, he thinks this is widespread throughout this organization and as we have discussed countless times, the state of Florida is now allowing felons to vote, former felons to vote. We got about 1.6 million in this state who would be eligible. People are trying to get them registered, getting them up and going only to find out that they’re being screwed over. Oh, and here’s another thing, folks. It seems that they’re also falsifying other information on these people’s voter registrations, which means if these voters do not catch the fact that they are registered incorrectly, you know the wrong name, the wrong address, the wrong social security number, and then they go vote. Guess who gets arrested? The voter. This group is criminal. They absolutely should be shut down immediately by the state of Florida. But again, because they’re benefiting the Republican party and Republicans control this ass backwards state, probably going to let them keep going and God knows how many voters are going to get screwed over in the process.