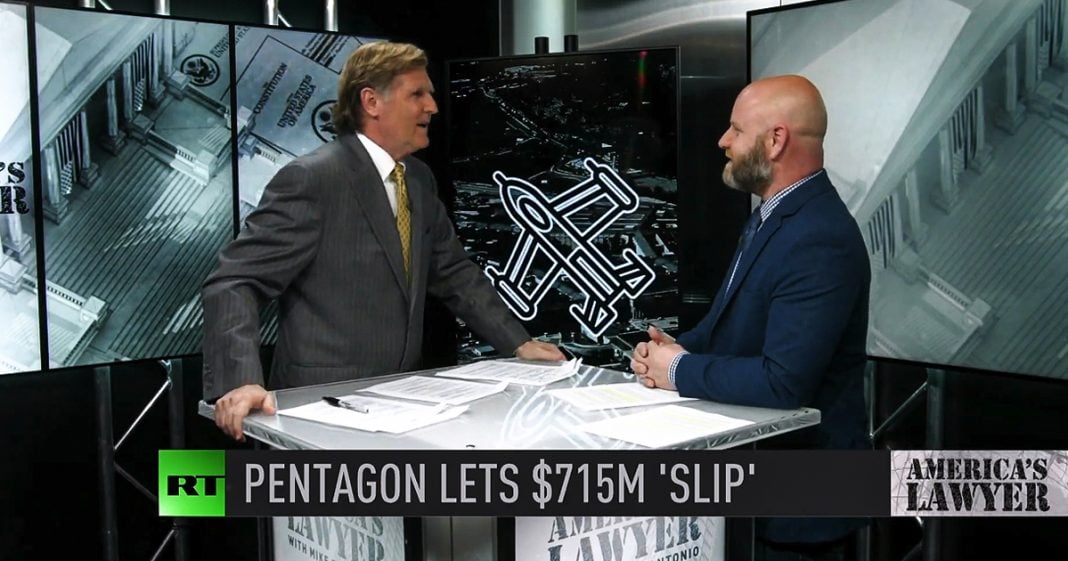 Via America’s Lawyer: Reports show the Pentagon lost track of $715 million that should have been allocated to fighting ISIS in Syria. Mike Papantonio and Farron Cousins discuss.

Mike Papantonio:             The Pentagon recently revealed that they lost more than $700 million worth of weapons that were supposed to go to Syria to help fight ISIS. Wow, this is a crazy story. Take it from there.

Farron Cousins:                  This is just the latest in a long line of stories we’ve gotten from the defense department inspector general saying, oops, we had close to a billion dollars in weapons here, billion dollars there. We sent all these weapons over to Syria and then nothing. That’s it. That’s essentially what the report is telling us. We sent them there, but we don’t know if they made it there. We don’t know whose hands they ended up in because we found out, oops, the Pentagon had no inventory for any of this equipment. They had no receipts. I mean, essentially when you order something online, you get a tracking number, you can track it every step of the way. But the Pentagon, this $700 billion a year entity couldn’t even be bothered to do that. They don’t know who bought these weapons. They don’t know where they are.

Mike Papantonio:             It was some kinda of godly number. They sent it over in truckloads of cash to Iraq and nobody knew where it ended up.