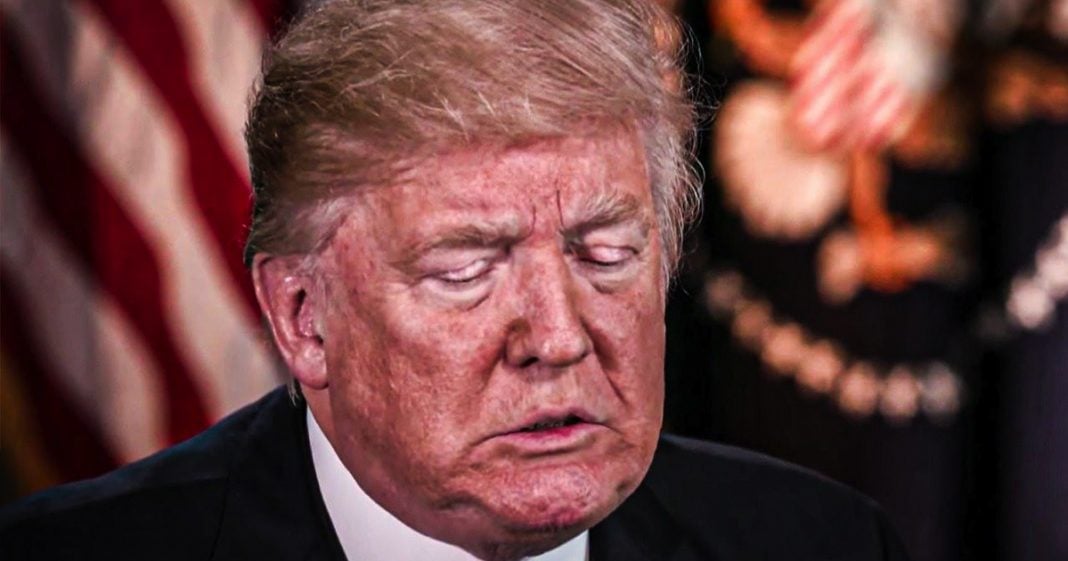 A group of 37 former Republican lawmakers have filed a brief with the Supreme Court, asking them to PLEASE force the President to hand over his tax returns to investigators in New York. Trump is still facing some very serious investigations and his tax returns are at the center of them, but he has fought it every way. Ring of Fire’s Farron Cousins explains why these Republicans are demanding that the president hand over these documents that he’s worked so hard to hide.

A group of 37 Republicans have sent a brief to the United States Supreme Court asking the court to rule in favor of the Manhattan district attorney’s office and force Donald Trump to turn over his tax returns, finally. These 37 Republicans include former lawmakers, former members of the executive branch, and of course to nobody’s surprise George Conway and John Dean, two Republicans who are really not fans of Trump. And they’re demanding that the Supreme Court, they’re begging that the Supreme Court does the right thing and agrees that the president has to comply with the investigation taking place in New York. Now, in case anybody forgot, because I know we get distracted by primaries, Donald Trump is still under a lot of different investigations. Most of them coming out of the great state of New York, and all of them dependent upon getting their hands on his tax information to find out if he overstated his assets, if he committed bank fraud, if he committed wire fraud, if he committed tax fraud, it would be contained in those documents.

So they could then take those and compare them to other statements from the Trump organization and the Trump family. Without those documents, these investigations have a very slim chance of even being able to be completed and Trump has fought at every step of the way. Now, this is headed for oral arguments on March 31st of this year. So we have under a month before Trump’s lawyers, before the Manhattan DA’s office goes in front of the US Supreme Court and explains why they should or shouldn’t force the president to release his tax returns. And these 37 Republicans actually spelled it out quite beautifully. You know, they said, we’re concerned that president Trump’s assertions of absolute immunity from process while in office and more generally, his arguments against accountability in any forum could impose lasting damage on our constitutional system of checks and balances as well as on the rule of law. Basically they’re saying you cannot give the president complete immunity because if you do, that’s something you can’t take away.

Nobody, not one single person in this country is above the law, and that includes the president of the United States. Investigators in New York have a right to know whether or not Donald Trump committed criminal activity with his tax returns, with his banking records. They have good evidence so far that he in fact did, but they cannot finish connecting those dots without those tax returns. So yeah, in just a couple months, it’s going to be up to the Supreme Court to hand down that decision that either says, yes, democracy is dead, or no, nobody in this country is above the law. And unfortunately, we’re going to have to wait a few months for that decision to come down before we know effectively the fate of this country.