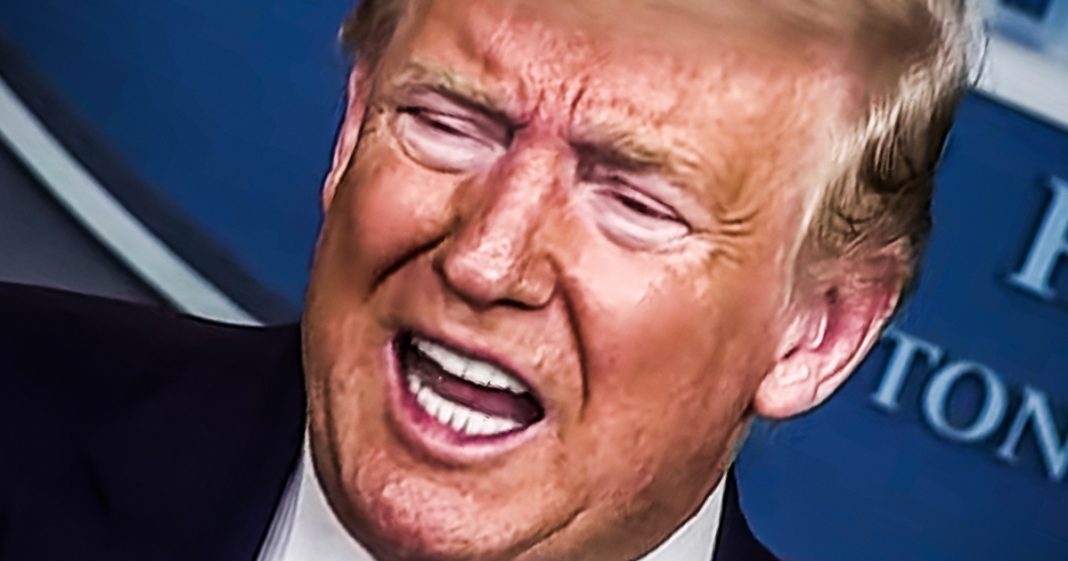 Democrats, Republicans, and even industry leaders are not happy about Donald Trump’s decision to roll back rules that protect American citizens from mercury and other toxic pollutants. So if everyone else is against it, why is he even doing this? The only possible answer is that he enjoys poisoning American citizens, as Ring of Fire’s Farron Cousins explains.

The Trump administration has finalized their rules, which will effectively repeal the Obama era, mercury and air toxics standard act. This act by the Obama administration, I think back in 2010 reduced the amount of mercury being released by coal and fossil fuel fired power plants. Also, in addition to mercury, other toxic pollutants and heavy metals being released from these power plants and Trump, just this week after spending three years trying to do it, finally came up with a finalized rule and said, we did it, folks. We’re getting rid of this rule that reduced the amount of mercury coming from these plants by 86%. So that rule is gone. Now this is not shocking, right? We know that the Trump administration wanted to come in and get rid of every single thing Obama had ever done. This is one they have been working on again for an exceptionally long time, and they finally got it finalized, sent it over to the office of management and budget.

They’re ready for it to go into action. The problem is nobody else is. This move by the Trump administration is actually opposed by Democrats, obviously. It’s opposed by Republicans and shockingly enough, it’s actually opposed by the fossil fuel industry. They don’t want him to repeal this rule. Nobody apparently does. Even those who stand to profit from it, they’re looking at this saying, hey, no man, things are okay. We’re fine. Don’t do this please. But Trump just decided to hell with it. I’m going to do it anyway. So at this point there is only one logical conclusion that we can make and that is that Donald Trump finds joy in poisoning American citizens. That’s the only reason, because obviously it’s not about the corporate profits. It’s not about doing what Republicans in Congress want him to do because they don’t want him to do this. The corporations don’t want them to do this.

But he says, nah, I’m going to do it anyway because it makes me happy. And they’re lying about their whole rationale for it too. They say, well, the costs just way outweigh the benefits, but they don’t. The cost of this was about $9.6 billion a year. A cost that was paid by the corporations who were trying to reduce their emissions. The net benefit to the economy after paying $9.6 billion, was about $37 billion a year. So we were making a profit as a country of almost $30 billion a year and this idiot in the White House says that, nah, that it just costs too much and the benefits just weren’t there. There was almost a $30 billion benefit. Your lack of understanding of numbers explains so much about how you managed to bankrupt a casino, you buffoon.

The EPA estimated that the rule would prevent about 11,000 premature deaths, 4,700 heart attacks, 130,000 asthma attacks and up to 540,000 missed work or sick days every year, and you’re going to tell me that saving 11,000 lives per year, saving a couple hundred thousand sick days each year, saving thousands of heart attacks each year and an extra $30 billion for the US economy. Somehow those things together cost more than the actual cost of $9.6 billion a year. This is utter insanity and it is very clear that the only reason this president is doing this because all the data shows that we shouldn’t, all the people involved say that we shouldn’t. The only reason he’s doing it is because this man very clearly takes joy in poisoning the American public. There is no other way to interpret what he’s doing here.