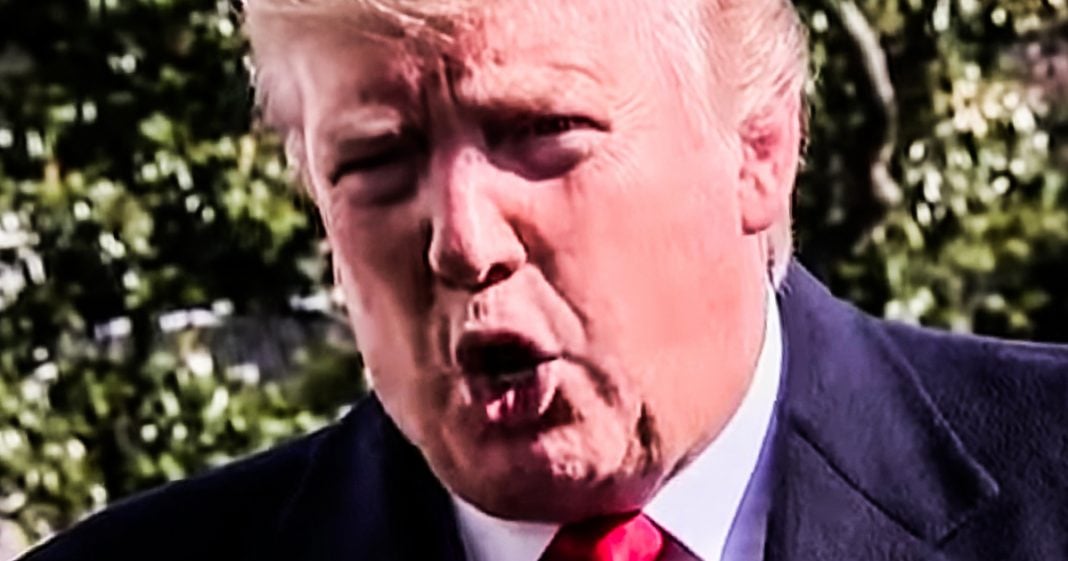 Prominent Harvard psychiatrist Dr. Lance Dodes is warning the American public that Donald Trump’s mental capacities are getting much, much worse, and he warned that the President is exhibiting clearly sociopathic characteristics. We continue to ignore the warnings of mental health professionals at our own peril, but this is an issue that cannot be ignored. Ring of Fire’s Farron Cousins discusses this.

Recently, a former Harvard psychiatrist, Dr Lance Dodes, appeared on MSNBC where he warned the American public again, because this is not the first time that Dr Dodes has done this. Warned the public again, that Donald Trump is clearly exhibiting sociopathic traits and the new part of the warning, he’s getting worse. Here is what the good doctor had to say on MSNBC. Although he has already severely damaged the country by being a psychopath or sociopath in many ways, he’s damaged democracies, I think people’s lives will be lost now. He’s talking about the pandemic. He’s getting worse. The more things go badly for him, the more paranoid he becomes, the more out of touch with reality and the more bad decisions he’s going to make, the more desperate he’s going to be to hold on to what he needs in his power. And this is something we have discussed plenty of times because the psychiatrist, the mental health professionals keep telling us the same thing.

The more desperate he gets, the more paranoid he gets, the more paranoid he gets, the worst decisions he makes. And we, the American public, we, the human beings that live on planet earth have to deal with the consequences of that. Donald Trump is not well, and I don’t know how many more mental health professionals it’s going to take telling us that before it finally clicks with the American public. These are not the actions of a man who has a fully functioning brain. And I’m not saying there’s a mental illness there, but I am saying that this man is incapable of things like empathy. This man is incapable of thinking of anyone that is in himself. Those are very dangerous traits and certainly not traits you want for the man who is responsible for the safety and wellbeing of more than 320 million American citizens. I’m sorry, but the president of the United States cannot be a sociopath. They have to understand human beings, they have to appreciate human beings and they can’t just view them as useless tools to achieve their goals. But that is exactly what Donald Trump does and that is exactly what sociopath’s do. People are nothing. People are inanimate objects. They are tools to achieve an end.

And that is what Donald Trump sees when he goes out and he does these rallies. Those aren’t actual human beings in the audience to him. They’re not people who go to work every day, who have to cook dinner and things like that. Those are people he forgets about instantly and only views each one as an individual vote. As an individual ego boost for his narcissism. That’s what these people are. I wish they could understand that, but I honestly don’t that these people who attend MAGA rallies, un-ironically, would ever realize that. No matter how many times you beat them over the head with it, they’re still gonna think that this man actually cares about them, that he understands their struggles. But to the rest of us, those of us actually living in reality, I think we need to listen to the mental health professionals, and I think every Republican in the Senate right now who refuses to hold this man accountable for his declining mental capacities is complicit in this. And every single one of them needs to be voted out.