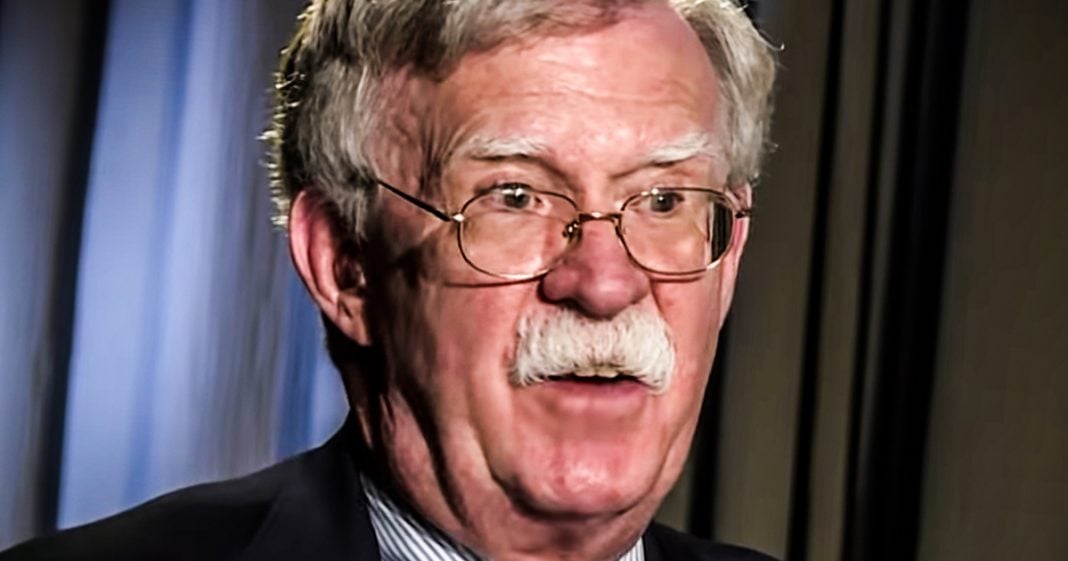 Democrats in the House of Representatives have not completely given up their quest to hold Trump and his corrupt government accountable, and they are currently weighing whether or not they should file contempt charges against officials who refused to comply with subpoenas. They are also considering if they should subpoena John Bolton for testimony about Ukraine, both of which would be smart moves by the Democrats, as Ring of Fire’s Farron Cousins explains.

Democrats in the House of Representatives may not actually be done trying to hold some members of the Trump administration accountable. According to reports earlier this week, there are certain members of Democrats in the House who still want to hold the Trump officials who refuse to comply with subpoenas in contempt. They want to file those charges. They want to show the country that, hey, yeah, impeachment may be over, but still along the way, these guys literally broke the law and we have to hold them accountable. There is apparently a another faction of Democrats in the House of Representatives who still want to subpoena John Bolton. They want to know, because John Bolton has said very clearly Donald Trump did in fact direct the hold of aid to Ukraine because he wanted them to announce an investigation into Joe Biden and that’s the quid pro quo. That’s what impeachment was all about. John Bolton has confirmed that and they want to hear from him directly in the House and I will say about both of these ideas, I 100% agree.

Is it going to change anything? No, no, it won’t and that’s why you do it. Ethics are what we do when nobody cares, when nobody is watching and when nothing changes and this is the part where Democrats can show that they still have ethics. That they still care about the rule of law and that they’re not going to let this guy in the White House run rough shot over the entire constitution. That’s why we have to hold these people in contempt. Now, I am not wanting to rehash impeachment, but I do want John Bolton to go and testify to get that information into the congressional record where it will live forever. Again, is it going to change anything? No, but future generations can go back and look at it. They can read it. Future members of Congress, future lawyers, they could teach courses on this and they probably will in the future, folks, and that’s why this is important, not for us, but for the future.

The public has done with impeachment. I understand that and a lot of Democrats in the House are on the side of let’s not do any of this. Let’s move on. Let’s focus on election messaging. That’s what’s important this year and it is important, but so too is the rule of law. So too is the fact that this administration made you look like a bunch of idiots and just said, no, we’re not going to comply with subpoenas. We’re going to break the law when you are accusing us of breaking the law. What you’re going to do about it? No folks, that’s not how this works. Show them what you’re going to do about it. But some Democrats still out there saying like, well, we need to focus on our election messaging. Y’all can do two things at the same time. I’ve seen it. You just did it throughout the impeachment thing. Even though Republicans claimed you didn’t, you were able to, but now suddenly you’re saying you’re not able to do this? That’s a lie. You’re scared.

You’re scared that it’s going to hurt you in an election where Donald Trump is still struggling to get an approval rating of at least 50% in more than one poll. This isn’t going to hurt you. It may not necessarily help you, but it sure as hell isn’t going to hurt you. But you know what it will help? It will help some people believe that the Democrats still care about the rule of law too. That they are actually out there fighting for us and that this whole thing wasn’t just a witch hunt for political gain. When somebody breaks the law, you hold them accountable. You have a responsibility and an oath that you took to the constitution to do that, Democrats. So stop being terrified. Stop making up pathetic little excuses. Do your jobs and show the American public that you still got a little bit of fight in you.