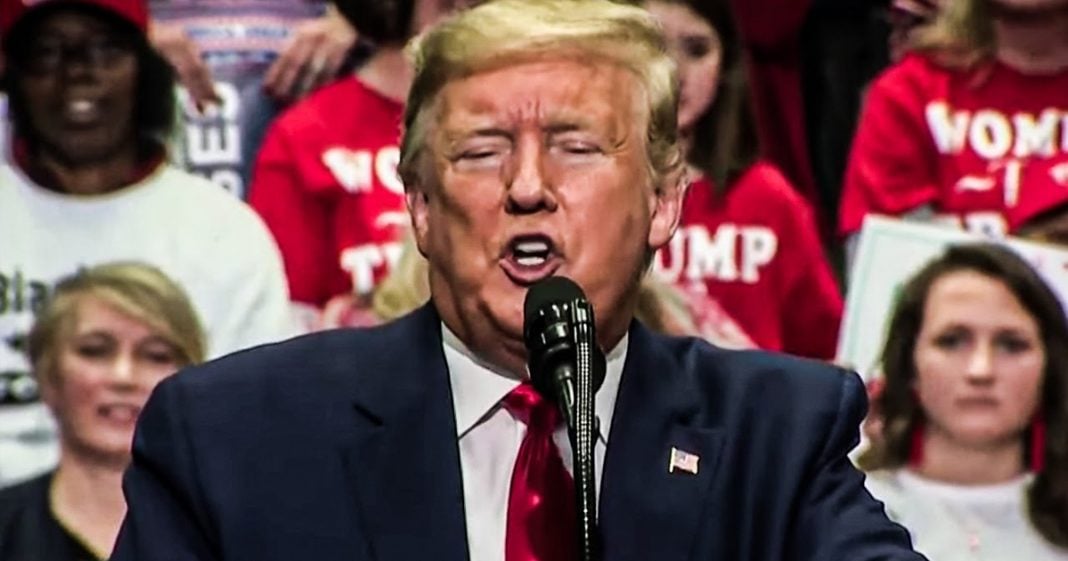 Donald Trump doesn’t know how to handle a national emergency, and he’s at the helm of one at the moment. Experts are starting to get very concerned over the fact that Trump has no idea what he’s doing, and he’s also lying about the severity of the outbreak. His arrogance and ignorance are going to get Americans killed, and Ring of Fire’s Farron Cousins explains how things could actually get much work.

Donald Trump’s arrogance and his ignorance is going to lead to countless deaths among the American people. Think about what’s happening in this country right now. We have a viral epidemic, a pandemic that is spreading across this country. Just yesterday, they found it here in, in our town, hospital right down the road now has a COVID-19 patient. So yeah, this thing is spreading and it’s going to areas like our little neck of the woods here where people wouldn’t ordinarily think. It’s not just big cities. It is spreading all over the place and the president of the United States is out there lying to the public about what’s actually happening. I mean, he went on Fox news two nights ago and he first said, if you have it, you can still go to work. You know, maybe you feel just a little under the weather, but you’re still fine to go to work, you’ll feel better.

He then said that the death toll coming from the world health organization was likely false and when asked by Sean Hannity why he thought that, and he said, it’s just a hunch. I’m just guessing. I’m just making this up as I go because Trump is incapable of being wrong. Now don’t get me wrong, the guy is wrong all the time, but he is incapable of ever admitting that he is wrong because it’s the combination of arrogance and ignorance. Trump doesn’t think he’s wrong and that’s another part of the problem here. He thinks he’s doing everything correctly. He thinks he is doing everything perfectly and he’s not. This thing is spreading. We’re not testing enough people in this country. They’re doing 10,000 a day over in South Korea with testing. We’re doing 500 a day here in the United States. 500 people a day is all we can test and South Korea can knock out 10,000 per day.

Yeah, we’re behind the rest of the world on this, folks, and it’s because most of these other countries that are having successful responses to this or taking precautionary measures don’t have an ignorant man child sitting at the top of their government like we do here in the United States. We had plenty of moments throughout Trump’s administration to see that this man doesn’t know how to handle a catastrophe. He couldn’t handle Puerto Rico. He insulted California when half their state was on fire. He has done nothing with responses to hurricanes that have hit the American mainland since he became president. Nothing about the floods or the droughts and even his own trade war when it was destroying farms across the country. He bungled the bail out that he was giving to farmers and instead sent it all to the corporate farmers. This man can’t handle the job and that needs to be one of the biggest talking points as we continue on with the 2020 election. He’s going to get people killed, arguably with this virus epidemic he already has, and it’s because he refuses to ever admit that he’s wrong because he’s too stupid to know that he is wrong.