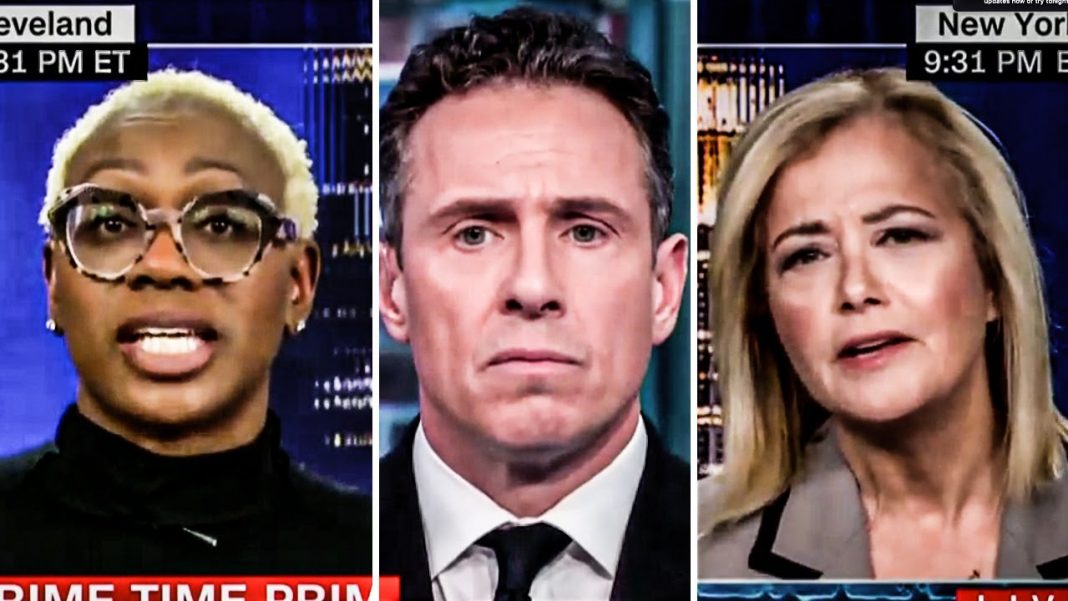 On Thursday evening, Chris Cuomo hosted Nina Turner and Hilary Rosen on his CNN program to discuss Biden vs Bernie, and things quickly went off the rails when Rosen, a white Democrat, claimed that Nina Turner didn’t have the “Standing” to invoke Rev. Dr. Martin Luther King, Jr.’s teachings. This was whitesplaining at its finest, and CNN needs to seriously reconsider Rosen’s position at the network. Ring of Fire’s Farron Cousins discusses this.

Yesterday on Chris Cuomo’s CNN show, Democratic, I guess consultant, CNN contributor, Hilary Rosen, tried to explain to Nina Turner, co-chair of Bernie Sanders campaign that she wasn’t allowed to use Martin Luther King Jr. or his words when talking about Joe Biden. The whole thing was pretty off the rails. Here’s the clip of what happened.

Now, obviously there’s lots of things wrong with what Hilary Rosen said there, but to me, one of the things that really stands out is the fact that you could see at the end of that clip the little smirk on her face. That, that’s what really, really did it for me. Like that’s what kind of sent me over the edge when watching this. Yes, she was 100% wrong and out of line to claim that Nina Turner didn’t have “standing” to talk about Reverend Dr. Martin Luther King Jr or to try to explain his teachings to Rosen, but then the smirk. Wow. Hilary Rosen doesn’t get it at all and no, to be completely fair, Rosen was wrong about what Martin Luther King said and Nina Turner was correct. Now, things got a little interesting afterwards too because obviously this clip went viral. Hilary Rosen took a lot of heat on Twitter as she should have, so she issued probably one of the worst apologies I think I’ve ever, ever seen. Here’s what she said on Twitter in response as her alleged apology. On air Thursday I said, my colleague Nina Turner didn’t have standing to use MLK Jr. That was wrong. I am sorry for saying those words. Please, no need to defend me and attack angry black women. They have standing. I always need to listen more than I talk. We rise together. Angry black women.

So in her alleged apology here, she pulls out the angry black woman trope and doesn’t understand why that’s not something you should say. This is crazy. CNN probably needs to go ahead and rethink Hilary Rosen’s employment as a contributor on that network. This was disgusting and her apology was equally as disgusting. And another point I want to point out in this apology, I am sorry for saying those words. Sorry for saying them. Folks, you always got to look at the words that people use here. She didn’t say, I’m sorry I thought that way. I’m sorry I felt that way. I’m sorry I said it. Not that I meant it and that’s the bigger problem here. It’s not just that she said it, it’s that she honestly meant it and she doesn’t understand as evidence through this half-hearted apology, why she was wrong. CNN needs to get rid of her and we need everyone to understand if you are white, you don’t get to speak for black people. You don’t get to tell them what they can or cannot say with regards to icons like Martin Luther King Jr. But that is exactly what Hilary Rosen tried to do there and she got stomped by Nina Turner during that attempt.