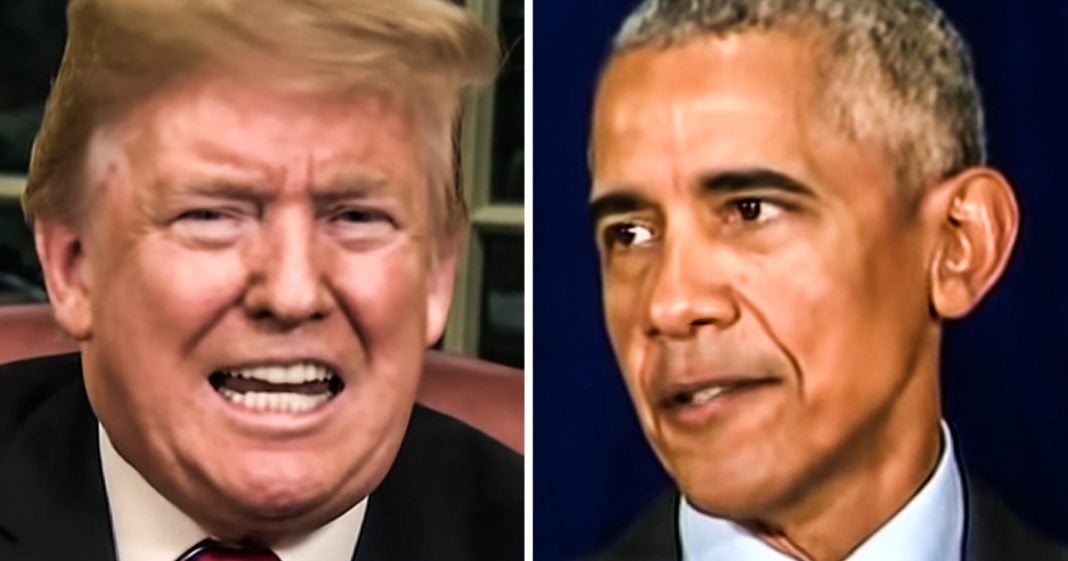 Donald Trump refuses to take any blame for anything, even as he goes on TV and declares that the international health scare is a hoax and that the WHO is lying about the death toll. On Wednesday, the President blamed Obama for making it harder to respond to the threat, but Trump has had two full months to take action and he’s completely failed. Ring of Fire’s Farron Cousins discusses this.

Yesterday, Donald Trump held a press conference standing alongside Mike Pence, where he kind of explained why the pandemic is happening here in the United States or why it’s finally starting to spread in this country. And of course, in true Trump form, it’s all Obama’s fault. According to Donald Trump himself at this little gathering yesterday, Obama did it. Obama allegedly handicapped all of the scientists in this country so that they couldn’t research infectious diseases and work on preventing pandemics. And actually it was Mike Pence who had to come and explain that because Trump didn’t go that far. Trump just blamed it on Obama. He just said, this is Obama’s fault. Obama did this to us. What are we going to do now? And Pence had to say, well, actually it’s because the FDA was, they were given this whole authority. No, no, no, no, no. Listen, folks, scientists in this country have been handicapped, yes, by the president of the United States, but not the former one. The current one.

Donald Trump is the one who is slashing their budget at the FDA, at the department of health and human services. Donald Trump is the one who runs an administration that is literally firing scientists from prominent positions, getting rid of scientific review and instead replacing these people with hacks from the industries that they’re supposed to be, you know, looking into. Trump is the one assaulting science here. It is not Barack Obama. Barack Obama is not the reason that this virus is now spreading throughout the United States. That honor 100% goes to Donald Trump. Think about it this way, folks. We knew about this thing starting over there in China, yeah, two months ago, two months ago. We knew that this thing was bad. We knew that this thing was over there and we knew that as a country we needed to do something to prevent it from coming over here. Trump sat on his thumbs for two months, did nothing until last week by putting one of the dumbest members of his administration in charge of the response to this pandemic.

Obama didn’t do that. Obama has been out of office for over three years now, folks. You can’t blame things on him anymore. If he did something that Trump felt kind of kneecapped the FDA or kneecapped scientists here in the United States, he could have undone that at any point in the last three plus years. But he didn’t. This is Trump now folks. You know the, the day Obama left office, you immediately, Republicans started giving Trump credit for the economy. Well, if you want to give him credit for things, you also have to have him take the blame and this one’s on him. He is the one cutting these agencies. He is the one shutting scientists out of the conversation. He is the one going on corporate media and lying to us about what’s actually happening. Last night, said that the death toll from the world health organization is fake news. The man’s insane. He’s lying to us about this. He knows he’s failing. So he turns to that old Republican standby, thanks Obama. Not going to cut it with this one man, because we know who’s in charge now. We know who is calling the shots and it sure as heck isn’t Obama, although most of us at this point probably wish it was.