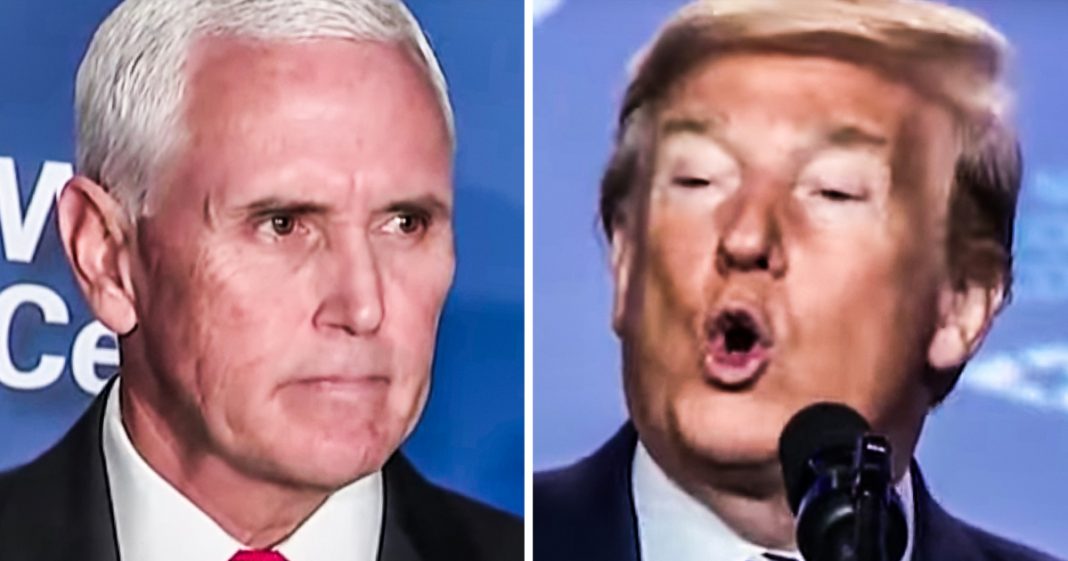 Is Donald Trump preparing to oust Mike Pence and bring in someone a little more likable for the 2020 race? That’s what CNN analyst and political consultant Paul Begala believes. The move would make a lot of sense for Trump, and it does appear that he has set Pence up for failure with his latest assignment. Ring of Fire’s Farron Cousins discusses the possibilities.

I believe that Paul Begala, the famed CNN analyst, political advisor, has actually stolen my talking points. If you’ll recall about a week or so ago when it was announced that Mike Pence was going to be in charge of the pandemic, I had predicted at the time that Donald Trump was setting Pence up for failure so that he could replace him on the 2020 presidential ticket with somebody like Nikki Haley. And then yesterday, Paul Begala goes on CNN and literally says the exact same thing, except he says it with far more certainty than I did. I was posing it as a theory. Begala is stating it as a fact. Begala said that he is confident that not only was Pence picked for this job because he knows he will fail, and that’ll give Trump the clearance to get him out off the ticket for 2020. But he also predicted the date upon which Trump will make this announcement.

Begala thinks it’s going to happen on July 16th this summer, because that is the four year anniversary of when he announced that Pence was going to be his vice president. And Begala believes that it’s going to be because Pence is going to fail with his new task because he was supposed to fail with the new task, or at least Trump believed he would so he could replace him with, who does Begala say, Nikki Haley. Now again, I’m not a hundred percent confident on this. I did throw it out there as a possible theory because I believe it is something that could happen, but Begala said, he said, this is not a prediction. It’s a certainty.

You see, you’ve been in this game a lot longer than I have Begala. You’ve been doing this since I was in diapers, but even you should know that you can’t ever say something’s a certainty, especially not in this day and age in politics. Trump is unpredictable. The only certainty about Trump is that there are no certainties and you’re sitting here acting like we can sit here and read the tea leaves when we can’t. There is no magic crystal ball that’s going to show us the future with Donald Trump. Donald Trump could get rid of Mike Pence and replace him with his own son. That’s a real possibility too. He could replace her, replace him with Ivanka.

We don’t know what’s going to happen. He may not replace him at all. But electorally replacing Pence on the ticket would be a smart move for Donald Trump. Mike Pence is not universally well-liked. He is not very strong in debates. He’s somebody that is actually dragging this ticket down. If you can believe it, a ticket with Donald Trump and Pence is the one dragging it down. That’s crazy, but it’s true. Donald Trump has very real problems with certain sections of American voters, particularly anyone who’s not a white man who didn’t go to college. Trump’s not winning that demographic. So how does he appeal to all of those other demographics that he’s losing? He picks somebody that better represents them, but still holds his ridiculous conservative beliefs. That’s a real possibility. But unlike Begala, I’m not willing to say that it’s a certainty. I’m still firmly confident that it’s just something out of many possible scenarios that may end up happening before the conventions.