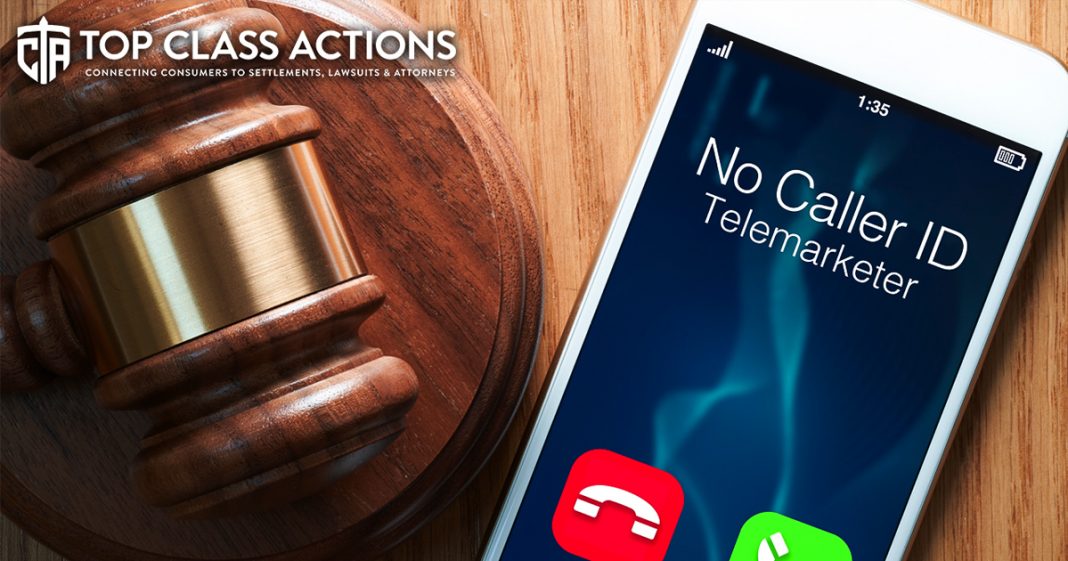 Farron Cousins:                  Here on this show, we have discussed a lot about settlements for consumers, and a lot of them have involved the telephone consumer protection act, which basically says, you cannot do these robocalls. These solicitation calls. Can’t call at certain times. So we’ve seen a lot of settlements from that. But recently a judge actually took one of those settlements and said, nope, this isn’t good enough. This is not offering enough for those affected and joining me now to talk about this is Scott Hardy with Top Class Actions and Scott, it’s not too uncommon for judges to, you know, say that, no, this, this settlement you’ve agreed upon is just not quite right.

But this one, this one felt a little bit different here, the, the judge kind of pointed out some things that the company had said that turns out aren’t exactly true. And so the judge is coming out and saying, listen, you’re going to pony up more than what you had agreed to because you’ve essentially not been completely honest with us. Take it from there.

Farron Cousins:                  Well, I was going to say, of all the people in the world to probably never lie to, I’m going to have to go with in court to a judge on camera, probably near the top of that list and it looks like that’s exactly what this company did.

Scott Hardy:                          Well, they might not have lied on camera so much as when they were getting questioned on their finances and they had put forth that, no, this is, you know, this is going to be a hardship. More than $4 million is gonna be a hardship for the company. And then when their bookkeepers or their controllers or their CFO, whoever was getting grilled about their finances, they, they didn’t, they must’ve squirmed a bit on that camera that the judge was reviewing as to whether it truly would be a hardship or if it’s just a drop in the bucket.

You know, it’s like Bloomberg spending $300 million. Wow, that’s a lot of money. To Bloomberg, not so much. That’s cab fare. So well, you know, the, that, that $4 million might not be a whole lot and the judge really is trying to maximize the amount that each claimant is getting paid. And so they’re saying, no, you’ve got to pony up more money. We want to get, you know, we really want to make sure they maximize that.

Farron Cousins:                  And another thing, it says here that they were taking into consideration is the, the attorney’s fees that the class itself had requested. And once you factor that in as well, you know, the judge still says this, this is not enough. You know, you have to do better. You clearly can do better than what you had originally told us. And you’re going to make it right and you know, these are the kinds of stories that actually are uplifting. It is nice to know that we have some really good judges out there that are in fact looking after consumers.

You know, that feels like a rarity these days to really find a judge that says, we’ll hold up you, you really did a number on these people and you’re going to have to pony up for that and I’m going to make sure that you do. And so therefore this $4 million, uh-uh, you go back to that negotiating table and you come up with a number that actually works for those who were affected.

Scott Hardy:                          Exactly, and we’ve got the Lemberg Law group who was the plaintiff attorneys in this case. I reached out to them for some more comments on it to get their take on it. We’ll add those to this article once I hear back. So hopefully more to come and ideally we’ll see those plaintiffs, the, at least the claimants get a lot more than $35.30 each.

Farron Cousins:                  Absolutely, for more information about this particular issue, please follow the link in the description of this video. Head over to top class actions, and if you haven’t already done so, please make sure you sign up for their weekly newsletter. Scott Hardy with Top Class Actions, thank you very much for talking with us.