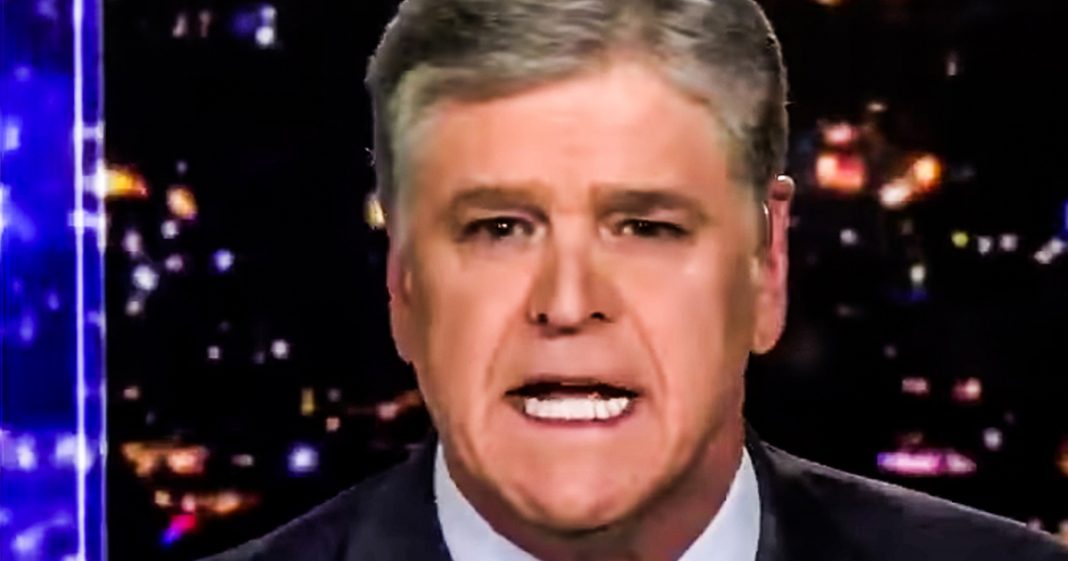 According to recently-released documents from the FBI, Sean Hannity was tailoring his Fox News program to suit the messages of the Trump campaign in 2016. And it wasn’t just a few times, either – Hannity, according to the FBI documents, was routinely getting talking points for his evening show directly from Paul Manafort and other Trump campaign staffers. Ring of Fire’s Farron Cousins discusses this.

Buzzfeed news has gotten their hands on documents from the FBI via a freedom of information act request and those documents say that Sean Hannity in 2016 was actually tailoring his Fox news program to whatever the Trump campaign told them to talk about that night. Now this information came from Rick Gates during his interviews with the FBI about Paul Manafort. Paul Manafort was Donald Trump’s short-lived campaign manager. When Manafort was hired, he brought Gates along with him. Manafort is now in jail after pleading guilty to several different counts against him and these documents tell the story of what Manafort was doing in the brief time that he was serving as Trump’s campaign manager. And apparently most of that consisted of sending talking points and directions to Sean Hannity. Now this does not by any stretch of the imagination, implicate Sean Hannity in criminal activity. You know, getting talking points from a campaign and then tailoring your program around that is not illegal.

It’s highly unethical, but it’s not illegal, unfortunately. But it does tell you just how inbred the Trump campaign is with Fox news, particularly Sean Hannity. Because if you think that this isn’t still happening, that Sean Hannity isn’t getting talking points directly from the president, then I have a wall that I would love to sell you paid for by Mexico because that’s just ridiculous. We know that Sean Hannity has his late night pillow talk with the president on some evenings. We know that he is in constant communication with the White House. He has dined at the White House. He comes and goes as he pleases. This is a man who may as well be on the payroll of the Trump administration because that’s how embedded with them he truly is, and now we have more proof. We have documents from the FBI themselves showing us that this isn’t a phenomenon that started when Donald Trump won the White House.

This was happening all throughout the campaign, directly feeding this Fox news host the, I think actually the most watched cable news political host in the country, is nothing more than an extension of the Trump campaign. Now, if I were a regular viewer of Sean Hannity, I’d want to call him out for that. Not because he’s not giving you the news. Sean Hannity never gave his viewers the news. I’d call him out on it because he’s such a coward. Such a wuss, such a puppet. That’s what your viewers need to understand, Sean. This isn’t about you acting unethically or you not giving them the news that they deserve. No, it’s about you not being a man. It’s about you being a spineless little ragdoll for Donald Trump. Now, maybe you don’t have a problem with that. Maybe you enjoy your role as the ragdoll. Maybe you like being the puppet, but I’m willing to bet a lot of the folks in your audience wouldn’t be too happy knowing that this hard scrabble guy coming on Fox news every night was nothing more than a pathetic beta male who takes orders from the president and doesn’t know what to say for himself.