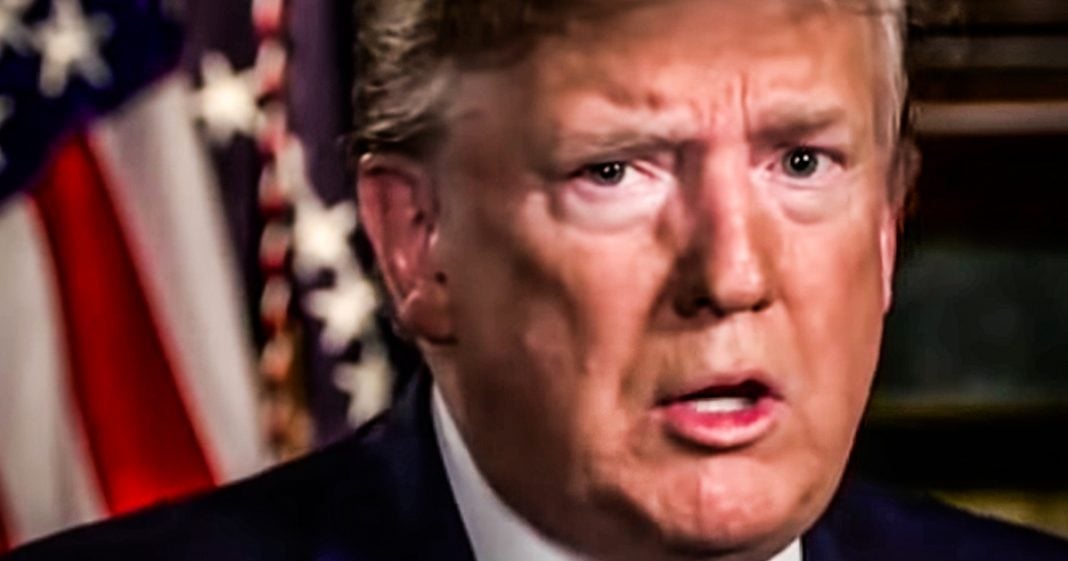 Donald Trump is not happy about the latest round of Fox News polling that once again shows him losing to all of the Democratic frontrunners. He sent out an angry tweet at the end of last week telling them that their pollsters suck, but the truth is that he’s just not resonating with voters because he has nothing to offer them. Ring of Fire’s Farron Cousins explains what’s really making Trump so angry.

Late last week, Fox news released another poll showing that Donald Trump loses to every single Democratic person running for president today and that includes the people who have since dropped out. Donald Trump lost to every one of them in the new Fox news poll. So on Friday of this past week, Donald Trump took to Twitter and he said, worst polls, just like in 2016 when they were so far off the mark are the Fox news polls. Why doesn’t Fox finally get a competent polling company? Now this is the umpteenth time in the last five months that Donald Trump has gone out there and railed against Fox news because of their polling data. And in all fairness, yeah, Fox’s polling data here that they just released showing him losing to every single candidate is a little bit different from what other polling has shown in the last week. For example, a CBS news YouGov polled, poll that was published last week, showed Trump losing to Sanders and Biden and Warren.

But Bloomberg, Klobuchar and Buttigieg, he tied with, so obviously the Fox news poll is different than that. You also had an ABC news Washington Post poll that said Sanders, Biden and Bloomberg were beating Trump. The rest we’re losing to him. And then you had an Emerson poll that said only Bernie Sanders beats Donald Trump. So yeah, there is wild variation between every poll except for one thing of course and that is that Bernie Sanders beats Trump and every single one of them and he’s the only one who does that. But as for the Fox news poll, this actually isn’t that far off because a lot of the candidates who do beat him on the lower end, Buttigieg and Klobuchar, even though they’re not in the race, they were still within the margin of error. Meaning those votes could have gone the other way and Trump could have beaten them, which would have matched some of these other polls.

So no, this is not really that far off. Furthermore, Trump is upset about the fact that this poll showed that even though a majority of respondents believe Trump will be reelected, a plurality of them do not want him to be reelected and said they will not be voting for him versus only 32% in the Fox news poll that said they will definitely be voting for Donald Trump. But here’s the thing that Trump still doesn’t seem to understand. Fox news is not your network. If you want to buy it, go ahead and buy it, man. Or at least buy parts of it. You’ve got the money to do it, but until then, it is not their job to go out and blindly support you and alter their own polling data to make you seem a little bit more popular. If you want that, then pull a Mike Bloomberg and go in there and buy a controlling stake in Fox news. Until then, quit whining. You look like a big giant baby and just understand the fact that you have nothing to offer the American public, including the average Republican voters, and they’re finally starting to understand that.