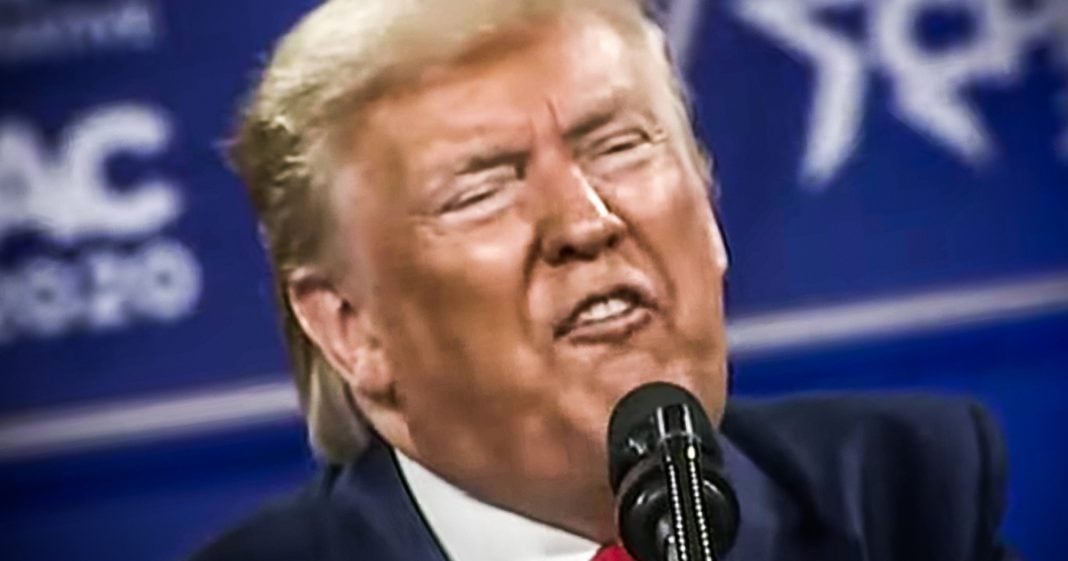 Former FBI lawyer Lisa Page hit back at Donald Trump after he once again brought up her sex life during his CPAC speech over the weekend. Page hammered Trump as being “obsessed” with her, and she’s not wrong. Trump routinely brings up Page, going as far in October as doing an impression of her having an orgasm. Ring of Fire’s Farron Cousins discusses this.

Over the weekend was the CPAC convention where conservatives and right wing nut jobs from all shapes and sizes meet to basically tell each other how awesome they are and to deny the very reality in which they live. But one thing that happened during CPAC was that Donald Trump came out there and gave a speech as he does every year and he once again talked about Lisa Page and Peter Strzok, the people he calls the FBI love birds and Lisa Page has had enough of this. She has spoken out about this in the last few months and on Sunday after Donald Trump, once again, couldn’t go through a speech without mentioning her name and talking about her sex life. She tweeted the following, she said more than three years later, long after his election victory, Donald Trump is still obsessed with two officials who did their jobs while personally not liking him. They’re still the stars of Trump rallies where the president performs their exchanges grotesquely and she’s not wrong about that either.

Back in October, as you recall, Donald Trump was in a rally where he mentioned Lisa Page and Peter Strzok and then proceeded to imitate her having an orgasm while he was on stage. Also happening at CPAC this past weekend was that they had a little skit they did starring Dean Cain, TV Superman, if you care about the nineties television scene at all. He hasn’t done much since then, probably because he’s a crazy right wing hack, but nonetheless, Dean Cain came out there, performed a little skit with some other folks called FBI love birds undercover. So they actually devoted a portion to CPAC to making up this little skit about Lisa Page and Peter Strzok and if you want to be even more grossed out before CPAC even happened, Dean Cain and his little troupe of weirdo actors actually went to the White House last Thursday and met with Donald Trump and they were told that Trump loves this skit. Oh, it’s wonderful. He loves it. He actually wanted a part in it. Trump is obsessed with Lisa Page and it’s now bordering on the insanely creepy. Honest to God, if I release a page, I would take out a restraining order because this is reaching new and seriously deranged levels from Donald Trump.

If you had just a random person doing this to you for three years, as she pointed out, wouldn’t you file some kind of complaint against them? Wouldn’t you file that restraining order? There’s no reason that just because he’s the president of the United States, that Lisa Page couldn’t do something like this. There needs to be lawsuits. There needs to be court filings, and this man needs to be held to account for what he is doing to this woman and her life. This isn’t funny. This isn’t a game. Donald Trump knows better than anybody else that sometimes people have affairs. He’s had one with every wife he’s ever had and yet we don’t go around mocking that, making fun of that. I know Stormy Daniels did, but she’s not the president of the United States. She, she’s not a major political player here. She’s not a member of the FBI. She’s just the person who had the unfortunate experience of having to endure your nakedness, Mr. Trump. So if this is the route you want to go, then you need to be prepared for some serious legal action from Lisa Page and she is an attorney. She knows her options, and if you keep it up, she is definitely going to exercise them in a way that is not going to be very fortunate for you.