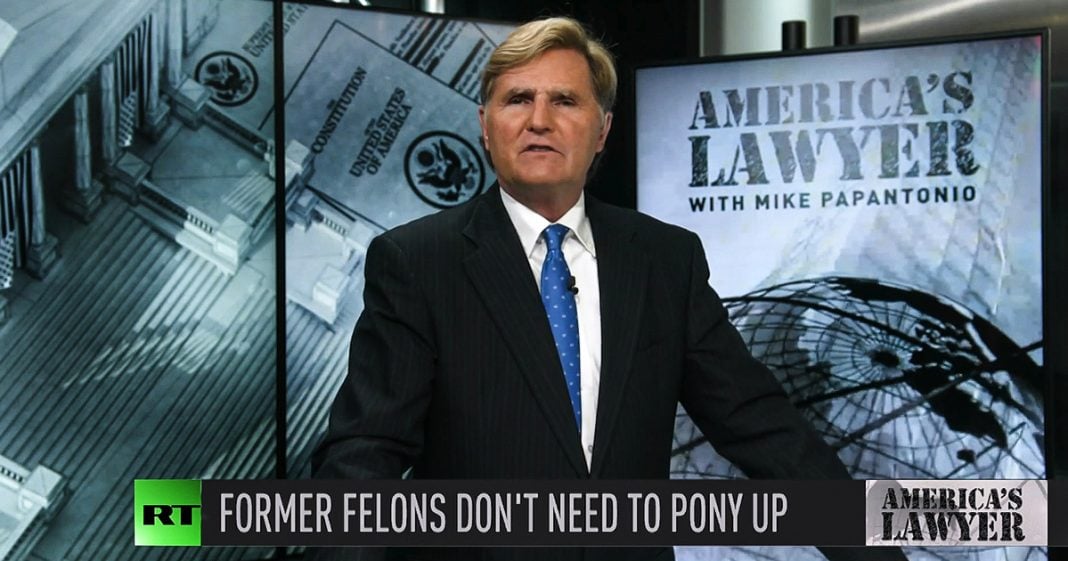 Via America’s Lawyer: The 11th circuit court of appeals struck down a Florida law requiring former felons to repay all the fees associated with their prosecution in order to regain their right to vote. Mike Papantonio explains more.

Finally tonight, some good news. Last week, the 11th circuit court of appeals struck down a Florida law requiring former felons to repay all the fees associated with their prosecution in order to regain their right to vote. The law was passed by the Republican controlled Florida legislature after voters in Florida overwhelmingly approved an amendment to the state’s constitution, giving former felons their right to vote, again. The three judge panel from the 11th circuit found that this law mounted to a little more than a poll tax on citizens and therefore it should not stand.

That means that as many as 1.6 million former inmates could be eligible to register in Florida to vote, and if even a small fraction of them become active voters, that could be more than enough to change the political landscape in that state. This is more than a left or right political issue. The voters in the state already agreed that these former felons had done their time and they deserve to have their right to vote restored. If we believe in the justice system, then we also have to believe that inmates can be rehabilitated and therefore given their constitutional rights back, and that’s exactly what the 11th circuit decided to do.

That’s all for tonight, find us on Twitter and Facebook @facebook.com/rtamericaslawyer. You can watch all RT America programs on Direct TV, Channel 321 and also stream them live on YouTube and be sure to check out RT’s new portable app where you can watch all of your favorite shows in every area of TV. I’m Mike Papantonio, and this is America’s Lawyer, where every week we tell you the stories that corporate media is ordered not to tell because their advertisers order them not to. Have a great night.