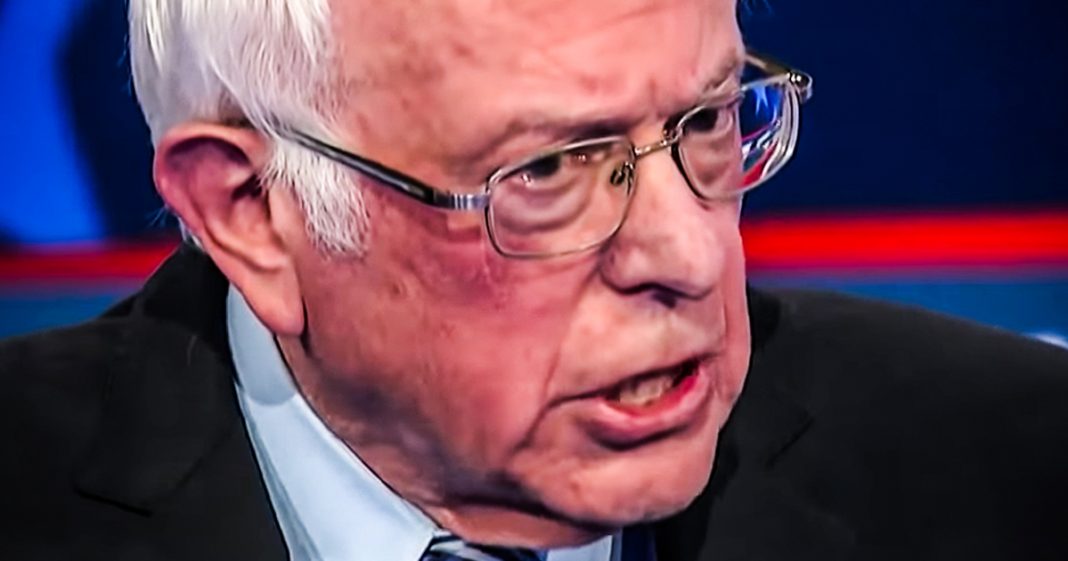 A former debate aide for Hillary Clinton, Robert Barnett, said this week that attacking Bernie Sanders on stage during debates was a “risky” decision because it is going to give Trump more fodder for the general election. This aide actually played the role of Bernie in Clinton’s debate practice, and he had some encouraging things to say about Bernie’s debate tactics that could give him an edge against Trump. Ring of Fire’s Farron Cousins discusses this.

A former debate aide for Hillary Clinton, this week on MSNBC, said that it was very risky for any of the candidates who are up on that debate stage with Bernie Sanders to truly attack him and go after him. Now this man, a man by the name of Robert Barnett, who is a lawyer, has served in the debate aide capacity for multiple different presidents and presidential candidates. Right? And what he does, he plays the opposing party in these mock debate preps. So Hillary Clinton would have been on one side. You had Barnett on the other pretending to be Bernie Sanders, as if they were debating in the primaries back in 2016. He also got to play the role of Mike Pence for Tim Kaine. He played Dick Cheney, he played George W. Bush. He’s been doing this for a very long time and he told MSNBC, Ari Melber earlier this week, that attacking Bernie Sanders on stage is very risky for Democrats.

Now why is that? Well, one of the things he said, obviously, blah, blah, blah. Bernie Sanders has a big online base. You don’t want to make them mad. Okay, whatever. You’re going to the Bernie bro thing, and that’s stupid. Every candidate has people like that, some of them far more vitriolic than what we’ve seen from any of the alleged Bernie bros. But then he actually goes on and makes the real point and here it is, his own words. Really, this whole process is a production studio for Donald Trump’s ultimate commercials. I think that if you attack Bernie Sanders, he could end up being the nominee so it will inure to the detriment of the ultimate ticket. Don’t attack Bernie because he’s probably gonna win the thing and you’re just giving Donald Trump more fuel for his fire.

That’s the takeaway from that. That is what he is trying to tell us without coming out and directly saying, Bernie’s probably going to win this thing. Stop screwing it over, Democrats. But I think we need to just drop the veil of hyperbole and all these, you know, coded words and messages from people like this. We need to straight up. Just say it. Right? Barnett is right. Bernie Sanders is likely to be the Democratic nominee as of today. I mean, that could change. Who knows? But Bernie Sanders is likely going to be it and when you have people like Mike Bloomberg running ads, specifically attacking Bernie Sanders, and all of Bloomberg’s paid online trolls out there nonstop, day after day, hour after hour doing nothing but attacking Bernie Sanders. That’s it. That’s all they do is just attack, attack, attack Bernie Sanders because they have this unnecessary hatred of this man, and that’s ultimately going to hurt the Democratic nominee.

And it’s just funny because these are the same people who have claimed that, no, no, no folks, it’s the Bernie bros who are going to hurt the eventual nominee because it’s totally not going to be Bernie, but they’re not going to vote for anybody but Bernie, and they’re going to ruin it. But now that Sanders is the one in the lead, that Sanders is the one who looks like he’s going to take the nomination, suddenly you have those same people saying, well, I don’t know that I’ll ever vote for Bernie. You know, vote blue, except for you know who it’s actually a hashtag, you can search it, it’s disgusting. But now they’re the ones who were doing what they accused all the Bernie bros of doing, even though the Bernie bros didn’t actually do it. They have become what they claim to hate the most.

And that’s kind of what Barnett was telling us here. Y’all better get in line because Bernie is likely going to be the nominee. And just like you blame the Bernie bros for Hillary’s loss in 2016 be prepared for the same to happen to you and for you to be on the receiving end of that if you cost Bernie in 2020 and I’m going to tell you it’s not a fun position to be in, so you better shape up and support that eventual Democratic nominee. Right? That’s what you told us for months and now it’s coming back to bite ya.