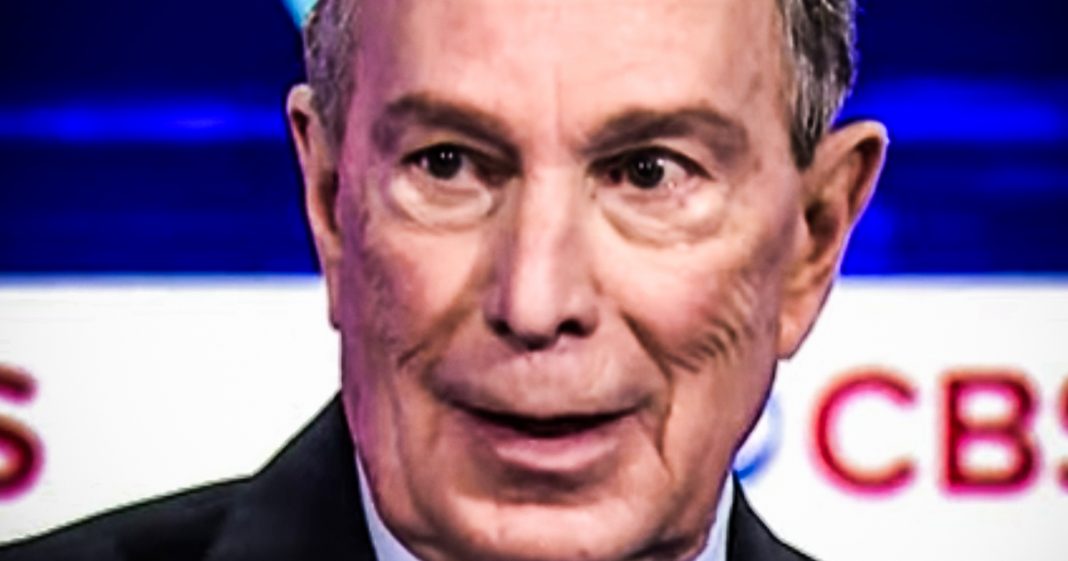 Michael Bloomberg came out this week and actually DEFENDED the U.S. government’s surveillance of Muslim Americans following 9/11. He argued that this was a time when “we were all scared” and so that makes it ok. Those who sacrifice their freedom for security deserve neither, as the old saying goes, but apparently Bloomberg has never heard that. Ring of Fire’s Farron Cousins discusses this.

I have a quick question for all of those paid Mike Bloomberg supporters out there. Are you cool with domestic spying? Because your boss is. Earlier this week, Mike Bloomberg gave an interview to NPR where he actually defended the domestic surveillance of American Muslims following 9/11. Bloomberg said that this was okay because this was a time of fear in America. We were scared. So that makes it okay to violate the civil liberties of American citizens if they happen to be a member of a religion that at the time we deemed to be very dangerous. It’s okay, Bloomberg says, we can do that. Now, of all the things for a alleged Democrat to come out and defend, domestic spying sure as heck shouldn’t be one of them. But that just goes to show you that Mike Bloomberg is still a Republican, folks.

So if you’re on his payroll, if you have ever in your life cashed a Bloomberg check, you’re on the side of the Republicans, folks. You are not a Democrat by any stretch of the imagination. And I know there’s plenty of Democrats who support domestic spying, but as a whole, the Democratic base, yeah, we’re pretty much against that whole thing. Especially when you try to justify it by saying, well, Muslims did a bad thing, so we should just say they don’t have rights and spy on them whenever we feel like it. Here’s a couple of quotes from this interview, we were very careful and the authorities that looked at us said, yes, you complied with the law, but we had every intention of going every place we could, legally, to get as much information to protect this country. We had just lost 3000 people at 9/11 of course we’re supposed to do that. All of the people came from the same place and all that came were from a place, they happen to be one religion and if they didn’t and if they’d been another religion or we’d have done the same thing.

It does not incidentally mean that all Muslims are terrorists or all terrorists are Muslim, but the people that flew those airplanes came from the Middle East and some of the imams were urging more of the same. So of course, of course we had terrorists that happened to be members of a certain religion from a certain region of the country. And that means, in Bloomberg’s words, that we just got spy on all of them no matter where they are. If they’re in the US, if they’re US citizens, to hell with your civil liberties to hell with your constitutional protections, we’re going to spy on you because, you know, we’re scared. Those who sacrifice their freedoms for security deserve neither. Isn’t that how that old expression goes? We heard that a lot during the Bush years too, when all of this was taking place. Bloomberg, I guess, missed that. Yeah, we were fearful as a country,

But fear does not Trump the US constitution, Mr Bloomberg, that’s not how this works. And if you want to talk about members of a certain religion carrying out horrible, horrible actions, then I think you need to turn your sights onto Christianity here in the United States. How many times have we seen some ardent far right Christian fanatic go out there and, I don’t know, bomb an abortion clinic, murder an abortion, doctor? Threatened to kill people, actually walk into places and start shooting people up? We have seen that happen far more often than we have seen. Muslims come over here and commit any kind of act of terror. I don’t see you calling for us to spy on them and even if you did, that would still be wrong. You’re only wanting us to spy on the, you know, dark skinned people from the Middle East and that shows your true colors. This isn’t about keeping us safe. It’s not about, you know, being fearful. It’s because the down as we have seen time and time again, Michael Bloomberg is a racist.