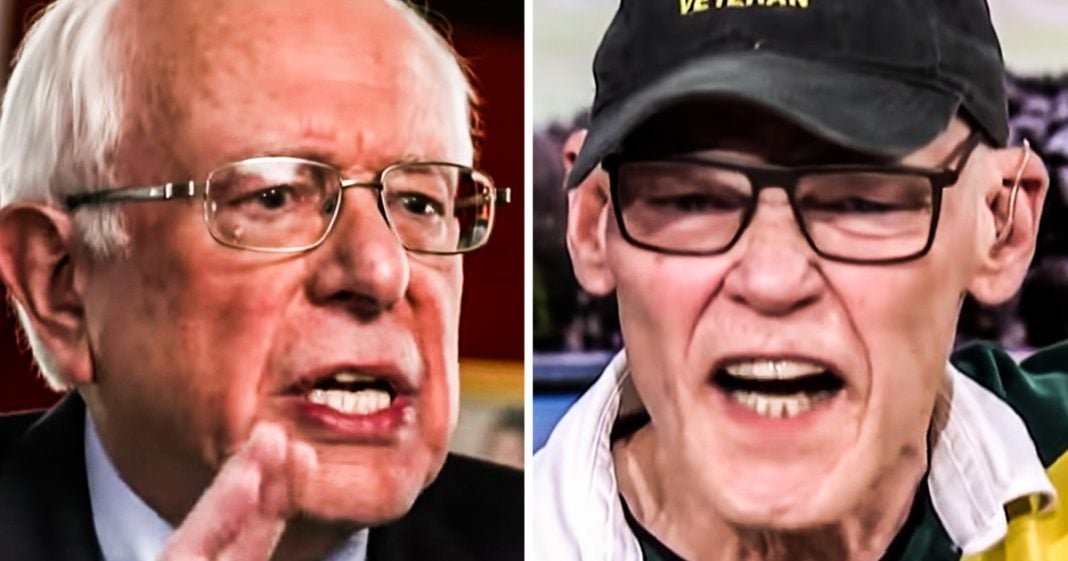 The pundit class, which includes people like James Carville and every pundit on cable news, are losing their collective minds over Bernie Sanders’ campaign and the fact that he continues to win. The same thing happened to this group in 2016 over Donald Trump, and there’s a good reason for this: They are sick and tired of being wrong. They haven’t been paying attention, and the country went and changed without them. Ring of Fire’s Farron Cousins explains how this happened.

After Bernie Sanders’ stunning victory in Nevada this past Saturday, we saw lots of articles start popping up, some good, some bad, but all with the same general theme, which is Bernie Sanders can win this thing. And again, some of them said that in a positive way. Others said it more as a warning, Bernie Sanders could win this thing. But here’s the bottom line. Bernie Sanders right now, his entire campaign, his ascension to the top of the Democratic field has left the entire pundit class scratching their heads and angry and I know why they’re angry.

Now it’s, it’s not all just because of the money thing that he wants to make them pay more in taxes. Here is what it comes down to, and we saw this in 2016 with Trump as well. The conventional wisdom failed. In fact, today, the conventional wisdom is that there is no conventional wisdom and that is something that the pundit class refuses to accept. These are people who built their entire careers by going on cable news shows and telling us what was happening in politics. They were always right. We were the uneducated masses. They told us this, we praise them for it. They advise some of the most powerful people in the country that won these enormous elections and we were supposed to just blindly accept what they had to say and right up through that 2016 election, for the most part, the public did. They thought these people, these men and women, they know better than us. They are, they’re involved in it. They’re in DC. They’ve advised these people, they know what’s happening. And then election night 2016, all of them were proven wrong and be honest, I got a lot of 2016 wrong as well.

The difference is, I was able to come back out and say, wow, I was wrong about that. I looked really stupid saying those things and man could not have been more off the mark. The pundit class didn’t do that. They made up excuses. Well, technically we were right because, I mean, Russia did some things and then obviously she won the electoral college or, or the lead the popular vote, but not the electorate. So we were technically right about, no, you were wrong. Just come out and say you were wrong, but they didn’t. And so they are carrying that bitterness with them all the way, all the way through 2020. Because these are the same people who had been telling us just a few months ago, Bernie Sanders is going to fizzle out. His campaign is not going to survive. So once again, they got it all wrong and the reason they keep getting it wrong is because the country changed and they didn’t. They’re up there in their ivory tower. They have made millions dollars, started these phenomenal consulting firms pulling in huge profits every year, cashing in on their name.

People like James Carville, Howard Dean, all these people, Jennifer Rubin over at the Washington Post and they were all, every one of them, wrong about this, and they continue to be wrong to this day because they will not acknowledge their mistakes. In their little world, they can never be wrong. There are a lot like Donald Trump in that way, right? You know, I know they like to say that Bernie’s the Trump of the left, but really they are, these establishment types. They’re the Trump of the left because if they were to have to come out and admit that they were wrong and admit that they screwed up and admit that even the data didn’t get it right, then their entire careers will have been exposed as nothing more than a soothsayer. Right? It’s like going into the covered wagon with a crystal ball is what these people do every day. Sometimes they get it right. Sometimes they get it wrong and it’s okay to be wrong sometimes. Just admit it and move on, but they’re carrying the grudge with them, but their grudge isn’t just against Bernie Sanders. It’s not just against Donald Trump. It’s against the people in this country.

There is too much inequality these days and when these pundits spend 100% of their time in that ivory tower talking to people with just as much or more money than they have, they don’t see what’s happening out here. They don’t see the rest of the country. They don’t understand the struggles and as a UN report told us just a week or so ago, that struggle, that growing inequality leads to conflict. Leads to the overthrowing of political systems sometimes at the ballot box, not saying a violent revolution by any stretch. People get sick of the status quo and the pundit class missed it because they were too busy counting all their money to notice that 99% of people in this country had been left behind.