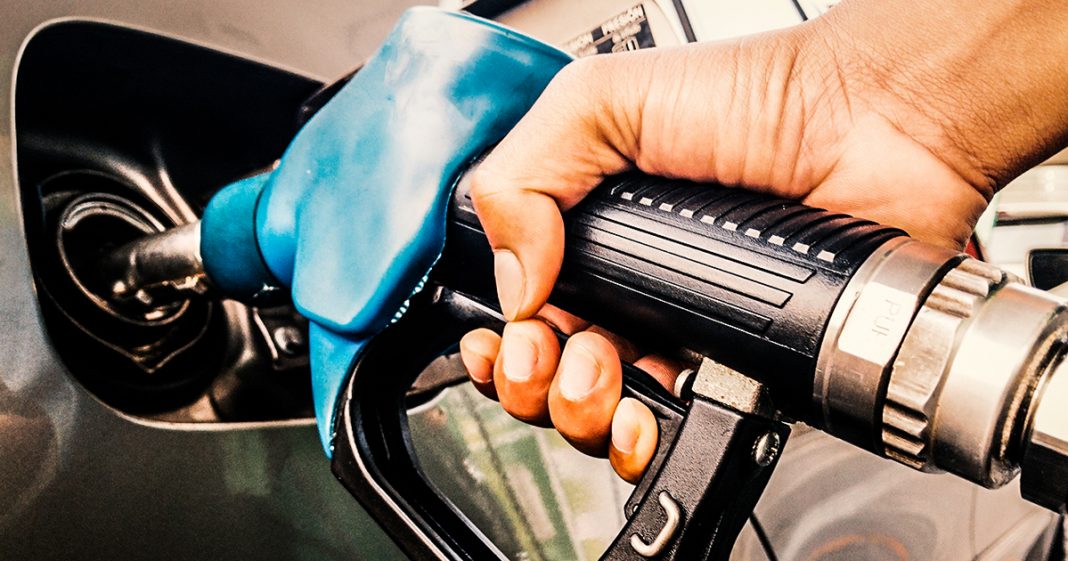 The United States government is still subsidizing the fossil fuel industry to the tune of $20 billion per year. This comes in the form of direct subsidies to the industry as well as tax incentives and tax breaks. This money could be put to better use by investing in renewable energy sources, and studies have confirmed that the fossil fuel industry would survive just fine without this money. Ring of Fire’s Farron Cousins discusses this.

Every year, the global economy subsidizes the fossil fuel industry to the tune of about $400 billion. Now that’s globally, here in the United States, the numbers obviously a little smaller. We’re only handing $20 billion a year to the fossil fuel industry. We’re handing $20 billion a year in the form of subsidies, tax breaks, and tax cuts and tax write offs to an industry that already pulls in tens of billions of dollars every single year, and if you don’t think that’s insane, then I have some really bad news for you. You’re part of the problem. Studies have looked at these fossil fuel subsidies, not just here in the United States, but around the globe with a recent one coming out just this week, and what they found was that ending these subsidies would have a profound effect on carbon emissions across the planet. It would significantly reduce the number of emissions that we put out as a species every single year. All we have to do is stop feeding the fossil fuel machine more money that they don’t even need.

The whole process is insane, folks, when you finally stop to think about it. There is no other industry on the planet that federal governments simply sit there and hand over billions of dollars every year to, and the fossil fuel industry is probably the most profitable industry on the planet and then we say, oh, you only made $30 billion this year, Exxon, I’m sorry. Here’s $2 billion more just for being you, I guess. This is nuts. We have, as a species, human beings, we’re crazy. We are crazy if we think that this is a smart decision. I’m sorry, I don’t want to be that blunt. I don’t want to accuse everyone of not having a functioning brain, but really folks, look at what we’re doing and have been doing for decades. I remember when we first started Ring of Fire and we were doing segments and I was producing them and having to do all the research and looking it up and it was $4 billion a year we were given a fossil fuel companies in subsidies, back in 2004, $4 billion a year.

Couple of years later, it was $7 billion a year. Now we’re up to $20 billion a year to the most profitable industry on the planet that also happens to be the largest contributor to the murder of the planet. If we want to tackle climate change, we have to end these subsidies immediately. I want to hear every single person running for president on the Democratic side say that we’re going to end these subsidies. Bernie said it. Pretty sure Warren has said it. I don’t know that I’ve heard anybody else say it. Maybe Andrew Yang did, sounds like something he would say and support. I think Tom Steyer may have said it. He’s big on climate change. But we need to end it and then we need to call on every government around the planet to end their subsidies as well. When you’re already pocketing billions of dollars in profits every year, there is no reason for any government around this world to walk up to you and say, good job, here’s a tip. They don’t need it.

Who needs that money? The renewable energy industry. The areas of just here in the United States that are already feeling the effects of climate change. Barrier islands near where I live along the Gulf Coast here are disappearing. People are literally losing their homes because the ground doesn’t exist anymore because the water’s there now. We could use that money for relocation, for rebuilding the barrier islands, which is very expensive, but very possible. We could spread that money around the planet and help other countries reeling from the effects of climate change, help them start building renewable energy, but we don’t. Instead to the tune of $400 billion a year globally, we look at the most profitable industry on the planet and we say, good job, here’s a little more, and I’m sorry, but that’s insane.